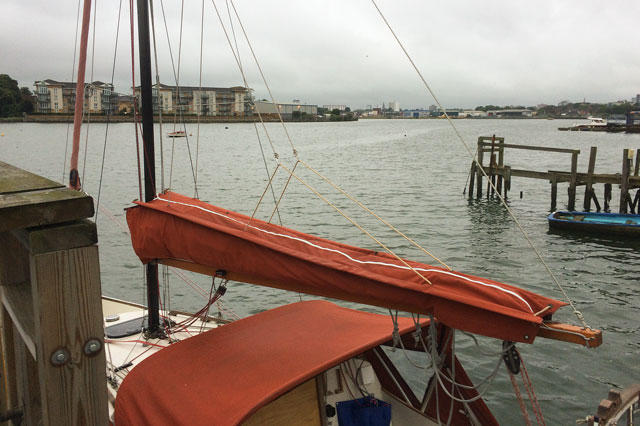 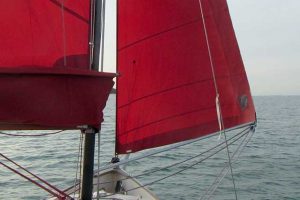 I finally got around to making a whisker pole for the jib. I made one for the spinnaker a couple of months ago, although I haven’t used it yet. I used the jib version twice on the 26th and wondered why I’d not had one before! At 157cm it might be a bit long – although it worked well. I need to put a release cord on it and have some way of distinguishing the two poles. Perhaps I’ll write “jib” on it!

I’ve also altered the lazy-jack system by putting in another “branch” to the supporting ropes. The idea is to make it harder for the sail battens to get caught when raising the sail. The disadvantage is that the mainsail is less likely to be guided into the sail bag when it is dropped. I suspect further adjustments may be needed!