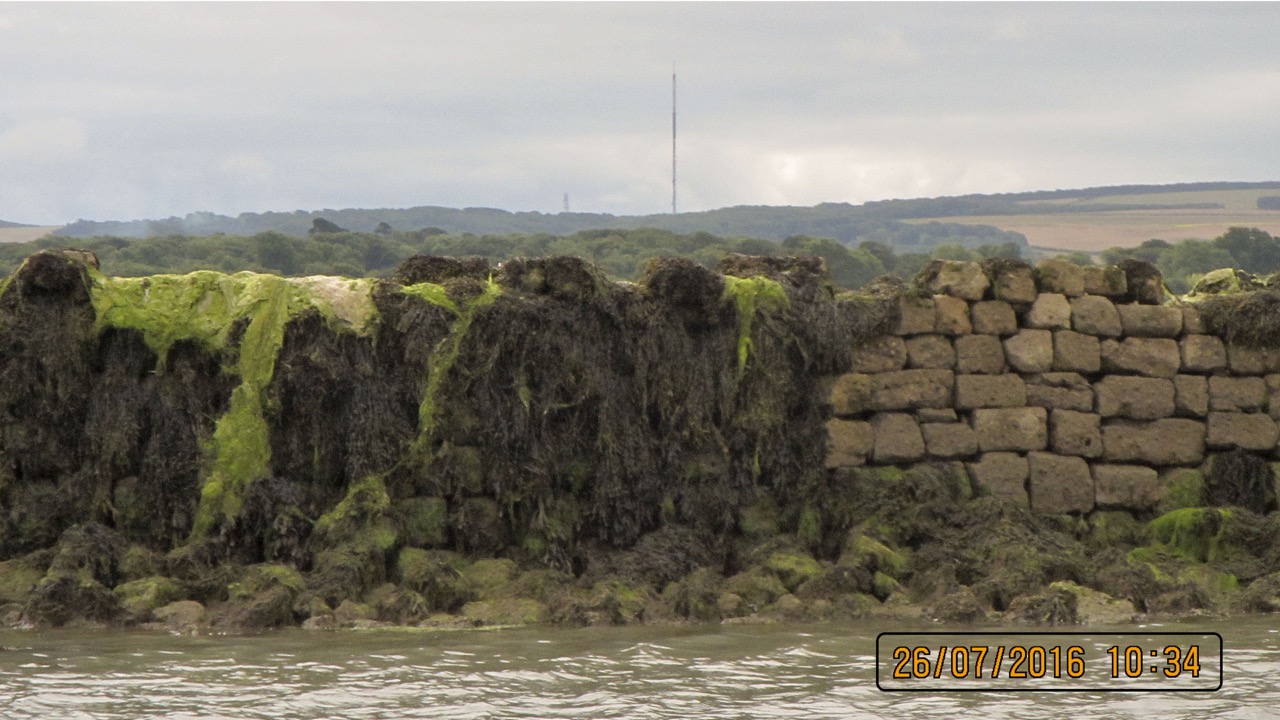 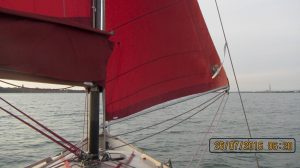 Left at 0500 and hoisted sail after going under the Itchen Bridge. It was a run down Southampton water so tried out my new jib whisker pole… might be a bit long, but it worked well. After breakfast I swapped to the asymmetric although the wind was beginning to back, hardening Seatern up. 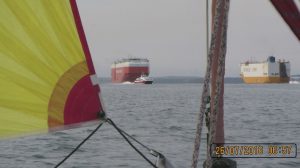 There was something of a “traffic jam” of car transporters with the Grande Europa outbound and the Torino followed by the Viking Constanza inbound. The Redjets passed at the same time which allowed me to angle across Calshot reach once they had all gone by – still carrying the asymmetric. I had planned to do a “tour of the buoys” (at least those local to Calshot Tower) so I dropped the asymmetric to allow me to get more on the wind. 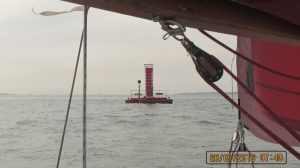 However, once I had passed Calshot Spit light float and gone reasonably close to North Thorn I realised I had still enough ebb tide to go west along the Solent so I changed plans. Off Gurnard a yacht out of Cowes passed astern but otherwise hardly anything was sailing yet. I managed to tack down to around Newtown Gravel Banks before it became clear that the tide had turned. I decided to drop sails and start Dai and have a look inside Newtown Harbour. There were quite a few boats anchored or moored inside, but again, hardly anything was moving! 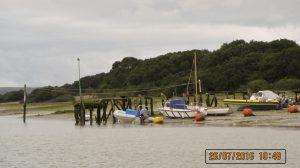 Having motored up Clamerkin Lake and then Newtown River – I couldn’t go far with the tide still low – I headed back out and anchored west of the entrance for lunch. The anchor set well in what turned out to be a thick clay when I raised it later! With the eastward tide increasing I was able to set Seatern on a broad reach towards the mainland shore whilst making course good for Calshot. Out of the main current nearer the mainland shore I had to bare away a bit and again used the whisker pole to goose-wing. 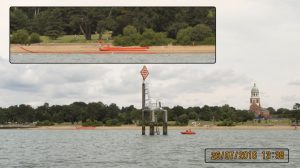 Approaching Castle Point buoy I radioed Calshot Tower and told them who I was. They came out onto the balcony and waved as Seatern passed by! Southampton Water was a close reach and with the gusts coming off the Esso jetties the tiller pilot was having trouble holding course so I furled the mizzen. It really does cut down the weather helm! It looked as if “Oil Spill Response” (who are based on the Itchen) were doing an exercise at Victoria Country Park. Off Weston Shore I got the sails down and motored back to the jetty arriving at just after 1500. [38.5nm]