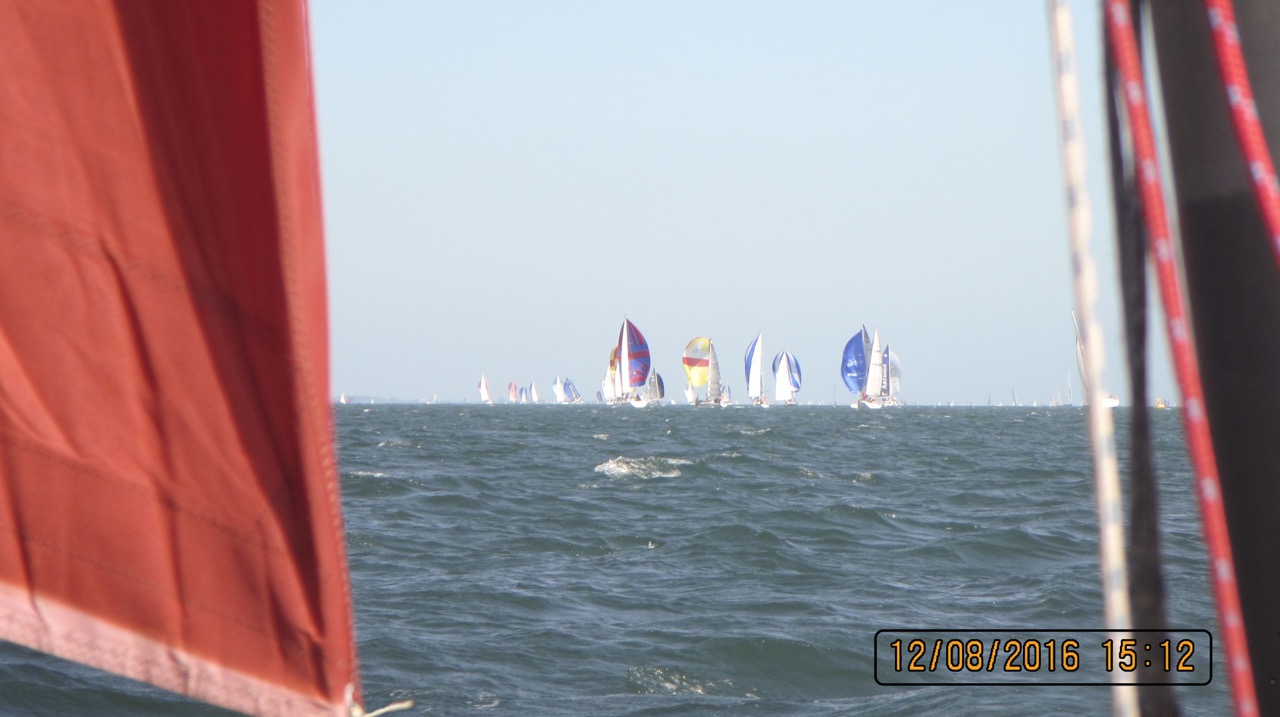 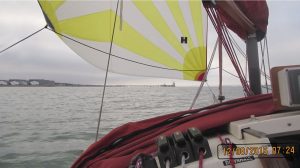 Off at 0550 – could have left sooner based on Portsmouth tide times rather than Southampton (and when Seatern started to float!). Hoisted sail after the Itchen Bridge and started sailing once past the Woolston moorings. Had breakfast, then hoisted the asymmetric. Managed to keep the asymmetric working while crossing the shipping channel after the Esso jetties – a clear channel container ship was outbound at the docks. Needing to keep out of the precautionary area I dropped the asymmetric at Calshot to allow me to harden up over Calshot Spit. 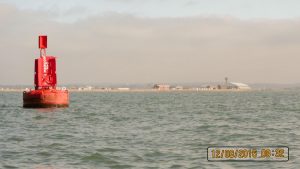 I tacked back towards Stanswood Bay to keep out of the channel and then started a long tack towards the Isle of Wight. The tiller Pilot was steering when a transient wind shift caused Seatern to tack towards Lepe and Is a result got a good view of the remains of the WW2 D-Day construction works before once more tacking towards the Isle of Wight. The wind was increasing and I put in a single reef but on the next tack the wind shifted and decreased so I went back to full sail. 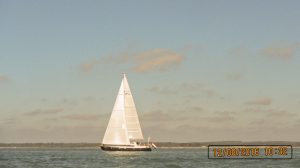 On the next (starboard) tack a large yacht on port gave way to me indicating its intentions a sensible distance away for once – it turned out to be Dutch. By the following port tack the wind had increased again and Seatern was carrying weather helm so I furled the mizzen. By now the tide was turning so I short tacked near the Hampshire coast. I’d planned to anchor in Hurst Roads but there looked to be quite a few boats there already so I found a spot near one of the entrances to Keyhaven which was clear of fishing floats and dropped anchor for lunch. 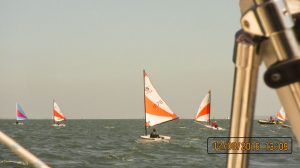 While anchored a small racing fleet of RS Feva with attendant ribs passed by heading towards Lymington. Dy the time I weighed anchor the wind had increased considerably and the flood had truly set in. Hauling the anchor in was hard work. Given the increasing wind I decided to run back under jib and mizzen only. 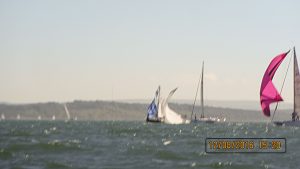 I gave way to the Lymington-Yarmouth ferry and spent the rest of the run keeping away as much as possible from most of the racing fleets which were nearer the Isle of Wight. The camera had got switched to “auto” which meant quite a few photos of the racing were blurred, at least till I noticed. It’s too easy to accidentally push one of the buttons on the camera when I grab it from the halyard bag.

I could have had at least some mainsail set for the run but was making reasonable speed with the help of the flood. In fact, having crossed the shipping channel at Calshot Reach and hardened up Seatern was well heeled even under jib and mizzen. 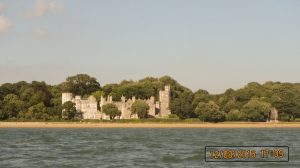 Netley Castle looked good in the evening sunshine and, as I swapped to my outboard Dai off Weston Shore the Aurora was passing Dock Head with ships horns sounding furiously. Back to the jetty by 1815. [42.9nm]