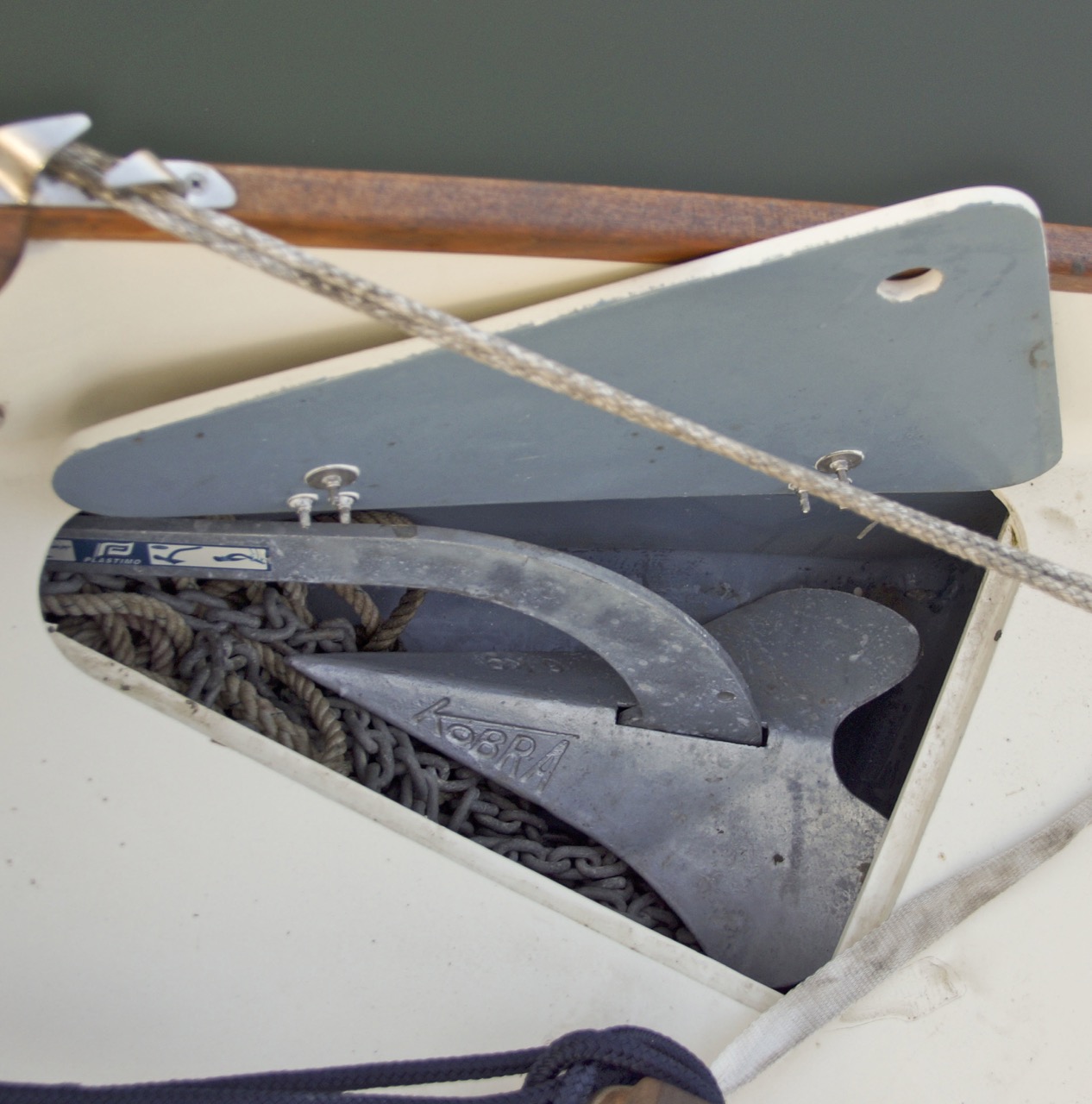 Where did August go?! Last year in August Seatern was at Swallow Yachts having her bow repaired and new hull paintwork. This August she has been at the jetty but hardly been sailed. I must admit I’m tending to look for days when I can sail over two tides, for example the 23rd to 26th August, but each day I looked at the weather and decided “maybe there will be more wind tomorrow”. A fellow Watchkeeper at Calshot went out on one day during the period and ended up motoring part of the way out and all the way back from Cowes to Lymington, so I felt somewhat vindicated!

I’ve been doing various small jobs. My Seafly had been looking sorely neglected, but she has now been careened and all the weed cleaned off her underside. On Seatern, the lazy jacks have had a small adjustment to give more lift to the stern part of the sail bag. I’ve finally moved the Davis Tiller Tamer an inch or two aft on the underside of the tiller so it doesn’t rub on the outboard (why didn’t I do that 2 years ago?!). Also I’ve replaced one of the teak brackets that hold the chartplotter which had got broken by the jib sheet during a windy day tack!

One job was forced upon me. I’d been noticing that the Waeco fridge was going into it’s battery preservation mode earlier and earlier during each sailing trip – in other words it was deciding that the battery volts were too low and stopping cooling the fridge contents. I was worrying that this meant that the battery was getting to the end of its life, which would be disappointing since it has a fairly easy existence spending most of its time being charged and conditioned by a Ctek charger. However this week the fridge went into power saving mode at the jetty when Seatern is attached to the mains! I ran a new cable direct from a 12V socket near the battery and attached the fridge to that …and the problem went away.

On startup the fridge draws around 5 amps and I can only assume that some resistance has developed in the supply line to the fridge with the result that the fridge is seeing a drop in supply voltage and assuming the battery is getting low. Presumably there is some corrosion somewhere which I need to track down. The fridge, Tiller Pilot, and ballast pump all occasionally draw significant currents which could cause heating and at worst fire if there was too much resistance at some point. In each case the largest currents are fairly transient so the risk is small – but still worth keeping an eye on!

I must admit having a fridge on Seatern seems “over-the-top” but it is as much for when the boat is at the jetty as when I’m sailing. I often sleep on the boat at the jetty and it’s good to know there is always a supply of milk and cold (non-alcoholic) drinks on board!

Oh, and one small job… someone buying a BC20 had asked me how much anchor chain I have on the Kobra anchor. I knew I had shortened it from the original 10m but couldn’t remember by how much so I measured it; for the record it’s now 5.4m of 7mm chain. Why that particular length I have no idea!