12th Oct: How not to moor a Speedboat 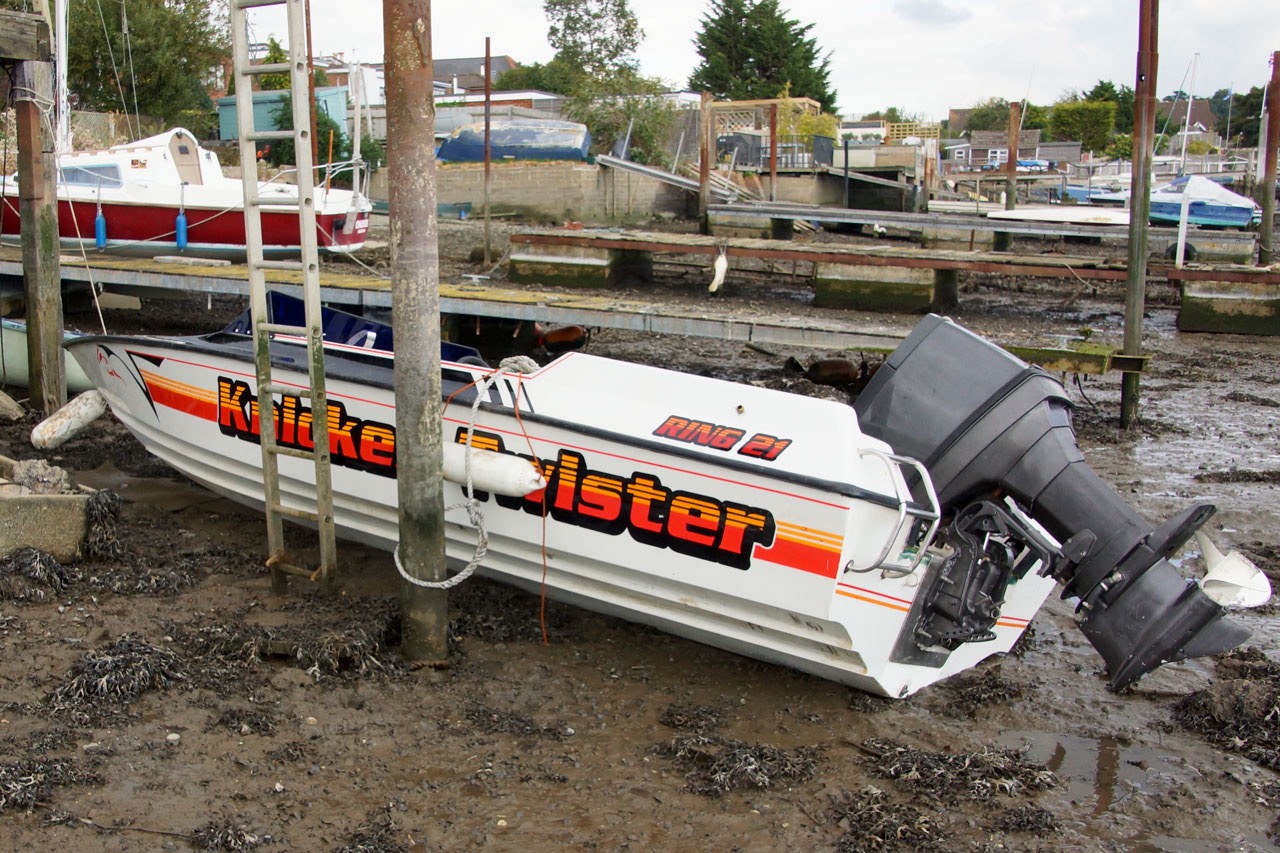 A young couple have rented space on neighbour Jo’s jetty, the next upstream of mine, and put their speedboat right at the end where Mike and Hiliary used to have their 40′ yacht. It’s an almost impossible position in which to moor something like a 20 foot speedboat so that it will not get caught under the jetty as the tide comes in. They have taken a loop around a metal pile from a midships cleat but it won’t be able to slide high enough if we have a storm surge on top of a big spring tide. I’d told them that it was not safe but I wasn’t sure that they would take any notice.

Last night I happened to sleep on Seatern and at dawn this morning looked out to see the speedboat heeling over. Later in the day I asked Jo to forward the following message to the speedboat owners. The photos in the album are labelled with the numbers in the message and, in most cases, the date and time.

This morning I looked out at about 0755 to find the speedboat heeled over as in photos (1) and (2) being held down by the mooring rope. By 0806 it was nearing high tide but the starboard gunwale was close to the the water (photos (3) and (4)) with the danger that the wake from any passing rib might over-top it. Also I wasn’t sure if the water in the cockpit (photo (3)) was rain or coming in somewhere – it appeared to be very slowly rising. I therefore decided to intervene and slackened off the mooring line at the cleat (having first secured the ladder!).

Once the tide was out it was obvious that the mooring line had been secured as a “noose” which would be bound to tighten around the post and prevent the boat rising on the tide. As a TEMPORARY MEASURE I have altered the mooring so the boat stands more chance of floating on the tide (photos (6) (7)). However the way the boat is presently tied up is not adequate for withstanding a large tide or a storm and sooner or later it is going to sink (as it was in danger of doing this morning). There is at present a significant amount of water in the boat (photo (8)).

The easiest place to safely moor the speedboat would be along side the jetty where the previous speedboat was, having first rearranged all the tires that the last people put there! In that position it is reasonably sheltered. If it is to be moored where it is at present much more effort is needed to safely moor it. It will be hard to avoid the danger that in a storm the side will be stove in by continual crashing against the metal pile.

In the meantime I emphasise that you should attend immediately to the temporary way I’ve moored the speedboat .

By the way: the small dinghy is not properly secured and will either drift away or get trapped under the jetty as the tides get larger, possibly causing damage to itself or the jetty. 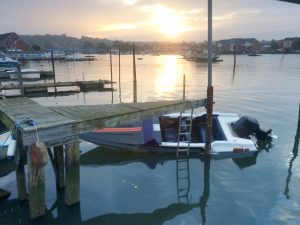 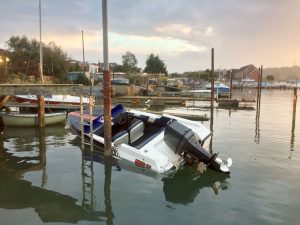 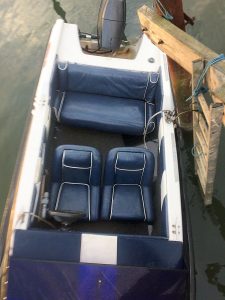 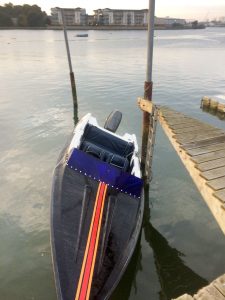 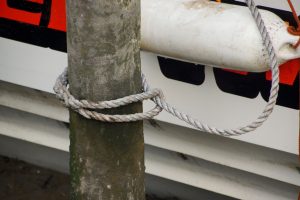 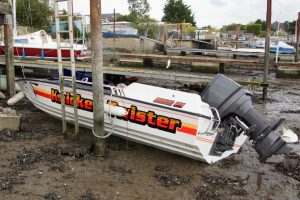 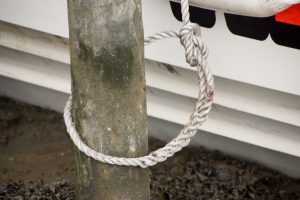 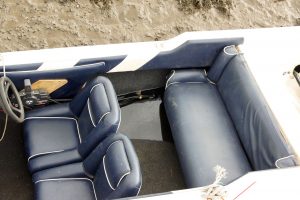 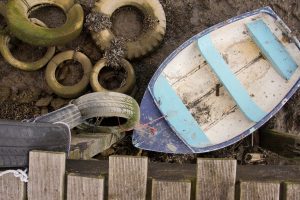