31st Oct: Up river in SeaOsprey 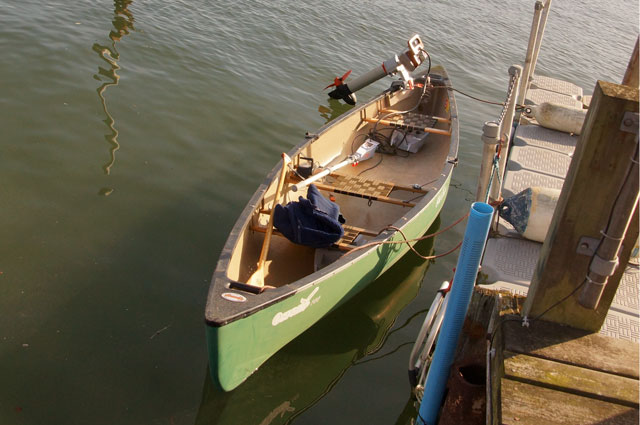 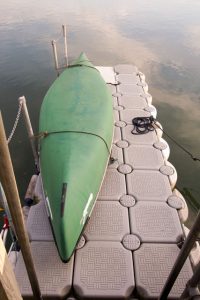 Finishing off the modified pontoon – cleaning and refitting the fenders and the “hand-rail” posts was more of a task than I anticipated. However once done, earlier in the month, I got my 14′ Old-Town Osprey canoe down on to the pontoon. Today the sun was shining and it seemed a good chance to use it after a few years of neglect.

I chose the canoe because it was relatively small and light in weight for carrying and launching. However it is flat bottomed and so light that in any wind it is very difficult to paddle if I am by myself. I therefore bought the Minn-kota outboard so I could use that to get home against a wind. In fact, having a lead acid battery in the canoe by itself makes the canoe easier to use! But putting the battery into the canoe from the jetty is a struggle. Today I decided to use the Torqeedo 1003 rather than the Minn-kota. I’m not sure if I’ve tried it before on the canoe but it certainly worked well – I went up the first part of the river against the current at 4 kts using about a quarter power. 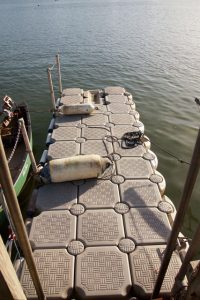 Once amongst the reeds I slowed up. In that part of the Itchen you wouldn’t know that you were in a city. There appeared to be an electric blue fishing float caught in a riverside bush but when it flew down to the bank I realised it was a kingfisher – probably it has a hole down there. I came back from Woodmill at about a knot with the Torqeedo just turning enough for steerage way – it was using under 10W. By the end of the trip I’d only used about 15% of the battery. I need to fit a universal-joint tiller extension to the tiller extender I was using. Since I’ve got the remote throttle, that will work well. The canoe was filthy and after the trip I gave her a good wash down. I’m glad I’ve now got “SeaOsprey” back into use!