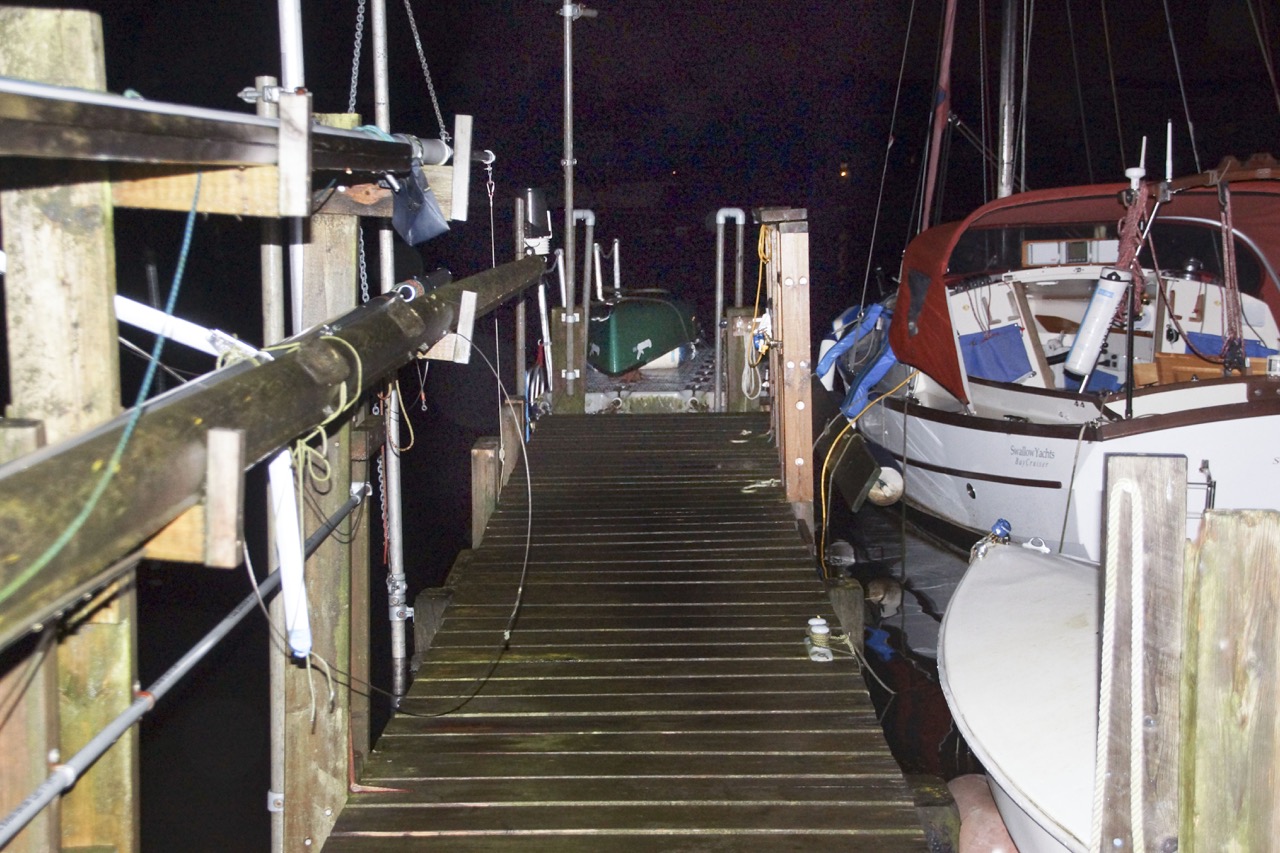 The first storm of the winter came through over Saturday/Sunday night (19th/20th). We were past springs but a significant storm surge was predicted resulting in a forecast of about 5.1m tide. Heavy rain, amounting to 1″ overnight, was also forecast and I was worried about surface water flooding in Priory Road due to tidal blocking of the road drainage.

I slept on the boat and turned in early to get some sleep before the tide. When I woke up at about 0130 there was an EA flood warning for Yarmouth and Lymington suggesting “water levels similar to March 2008 and February 2014” which was a bit alarming! So I watched the water level till about 0230 when it seemed to have stabilised at a non-dangerous height. However by then it was clear from the rain radar that the low was going to pass directly over us. I looked out again at about 0430 which corresponded with the centre of the depression. Most of the Sotonmet weather sensors were not working but the tide gauge peaked at 5.16m at 0440. At that time Bramblemet recorded the minimum pressure as 966.1 (my own pressure sensor seemed to have drifted off calibration).

What is left of the badly moored speedboat was heeled over in the way I predicted given how it is moored. The seats have mainly floated out of it and I’ve recovered them and put them on Jo’s staging. They must have looked at the boat at some time, but it has been left now for so many days that the motor will surely be a write-off. 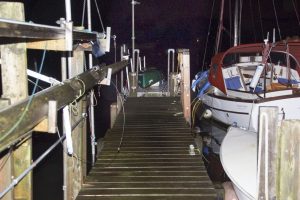 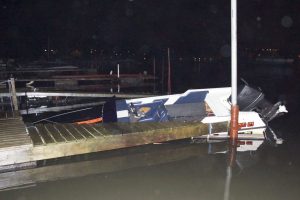 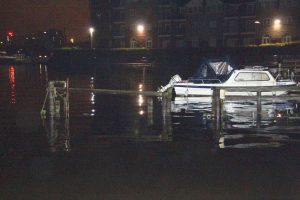 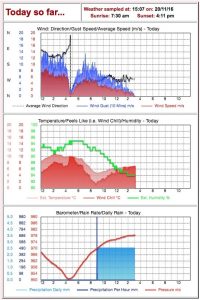 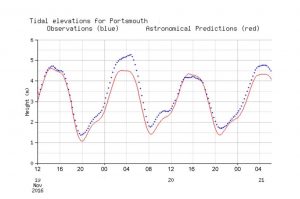 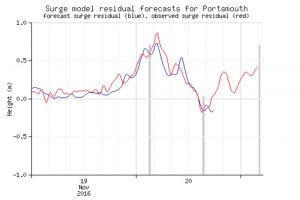