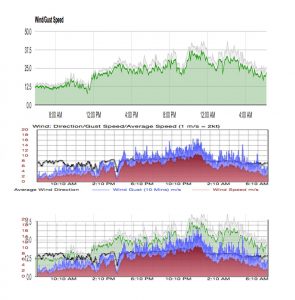 September has started stormy and it really feels like autumn, almost every forecast has had force 6 or 7 winds. In the early hours of Wednesday (13th September) we had the first “named” storm, Aileen, with a maximum gust at the jetty of about 32 kts and force 8 winds at Calshot Spit. Nothing like the winds in hurricane Irma which has devastated parts of the Caribbean but still enough to have Seatern bobbing about at the jetty!

The work to insert new piles under my shed was completed on Monday (11th) so, hopefully, the shed will stay in place even when we do have storms! The photos show the second new beam which is “inshore” of the first beam and its associated piles. 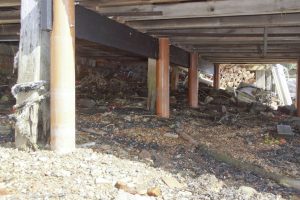 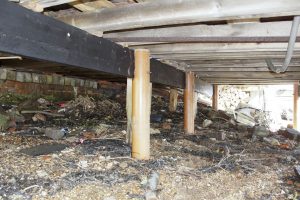 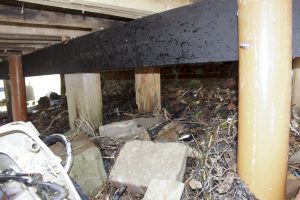 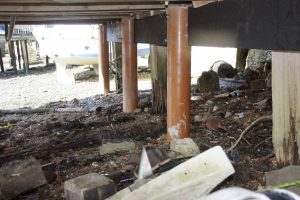 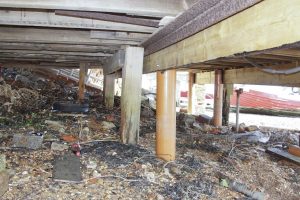