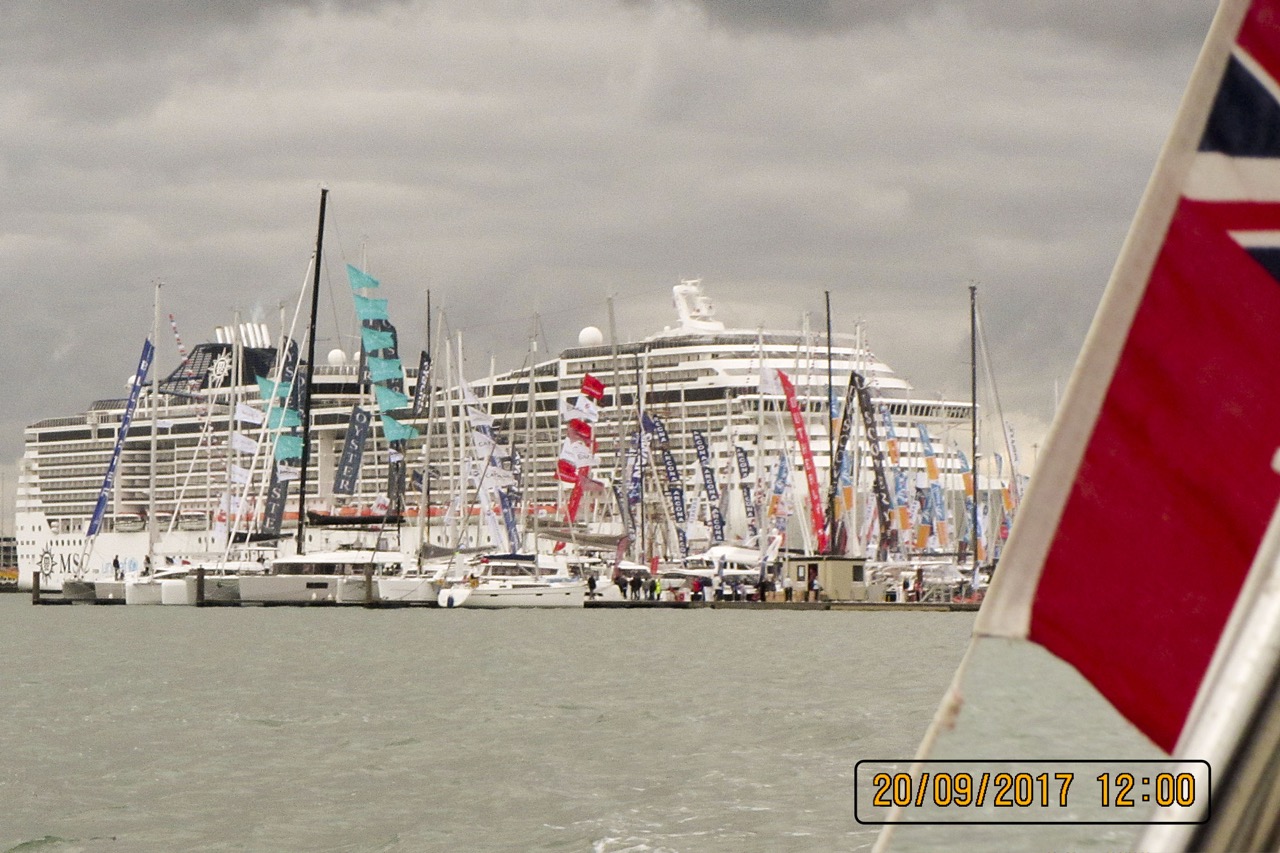 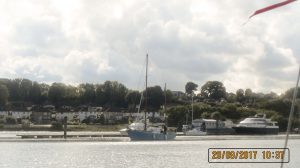 At last a day fit for sailing that I could use – only a mid-day tide but time enough to visit the Boat Show by water! I left the jetty at 1015 which was as soon as there was enough water. Having got the mast back up after Northam Bridge I saw a large blue ketch coming up river and recognised it as Mike and Hiliary and family who used to be on Jo’s jetty – much waving as we passed.

Past the ballast wharves the wind was from ahead and I set the mizzen. Near American Wharf I saw the Alison McGregor coming up river and JS, a fellow NCI watch keeper, wave to me as they passed. Once under Itchen Bridge I raised the main but continued motoring since the wind was on the bow. 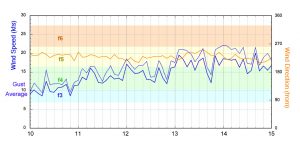 I fairly soon decided to put a reef in the main and, having done that, decided to put in a second reef. It didn’t seem necessary at the time but the wind was increasing and I didn’t want to be trying to reef in the vicinity of the Boat Show where there might be lots of traffic to contend with. 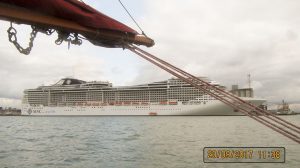 A large MSC cruise ship was in port and it appeared to be connected with UNICEF in some manner. I checked when I got home and it would appear that MSC cruises have a funding arrangement with UNICEF. There was another, similar MSC ship beyond the Boat Show in western docks. 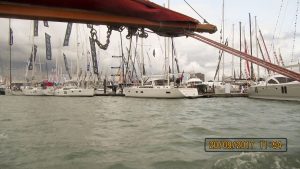 Matt (from Swallow Yachts) had said that if I phoned him he’d try and take some photos so I called him when about 10 minutes away.  It was going to be a reach past the Boat Show pontoons and I couldn’t see any patrols to keep me away so I sailed in fairly close and, having gone past, turned and reached back but didn’t see Matt (I learnt later that some customers had turned up). Just past Town Quay I realised that a Red funnel ferry was leaving (I’d missed their call to VTS on VHF) and I decided to gybe round and let them go past. At first they were heading straight for me and I also had the Hythe ferry hove to on my other (port side). In the end she passed red to red and I headed back for another pass of the Show. However the Whitonia was coming out from the western docks so I decided enough was enough and headed towards the Military Port and hence out of the shipping channel. 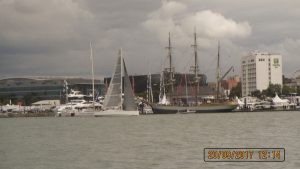 Aware that an area for demonstrating boats at up to 25kts had been defined in the Marchwood Channel, I tacked when near the Military Port and reached back along the Hythe shore, taking the opportunity to have some lunch. It was a slow run across the shipping channel and once across, I decided to shake out the reefs to make setting the main easier next time. With full sail set Seatern was singing along. However the wind was picking up and, having reached Weston Shelf, I decided to get the sails down and head back up the Itchen. 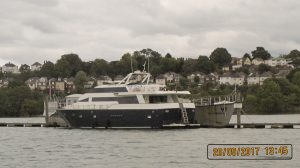 There was a ferry? private yacht? moored to Kemp’s pontoon which I’d missed seeing in the excitement of seeing the Paynes. Back at the jetty the wind had picked up and it took me three goes before I got Seatern against the pontoon where I sorted things out before swinging her into her mooring. [12.84nm].