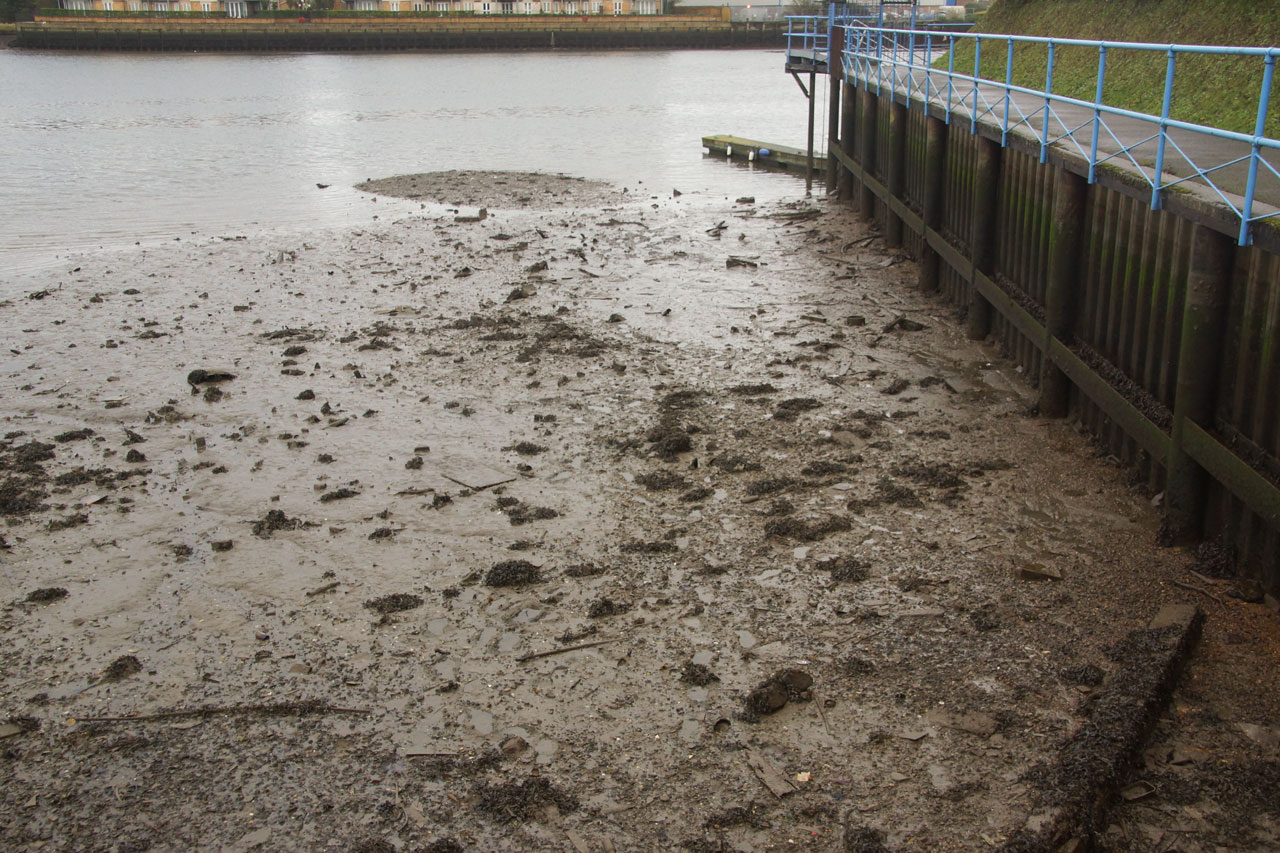 Another incident in the River! I happened to be sleeping in Seatern last night when, at about 3am I was woken by what sounded like a male youth or youths shouting in the street. However it began to sound louder and clearer and was possibly someone calling “help”! I pulled on some clothes and with the neap tide not yet reaching Seatern walked along the “beach” towards the Public Hard. Nearing the hard I realised someone was shouting down from one of the top Quay 2000 flats and it turned out there was someone stuck in the mud. 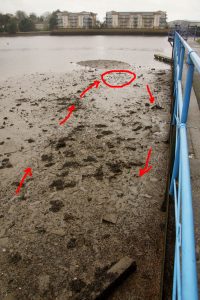 The photo (taken once the tide had gone out) shows the apparent path out and where he was stuck (ringed).

I went back home to get some rope and a lifebelt (I realised afterwards that the throw-bag from Seatern would have been more useful). However by the time I got back to the Hard the police had arrived and the fire brigade soon after. The latter used a rope to pull the guy from the mud and more or less drag him out of the water. By now there were at least two fire-engines plus a fire service rescue vehicle, probably three police cars, and one or more ambulances.

I knew the Coastguard had been called but when I asked if they had been informed that the guy was safe I was told that the incident commander would have done that. However I had brought my small VHF and could hear that a Coastguard Mobile Unit was on the way so I phoned Solent Coastguard and told them the incident was over, that only on person had been stuck, and that no vessel appeared to be involved. Soon after the Mobile Unit arrived – it turned out the driver had been on Hamble Lifeboat last Boxing Day when a car had driven into the ditch at Calshot!