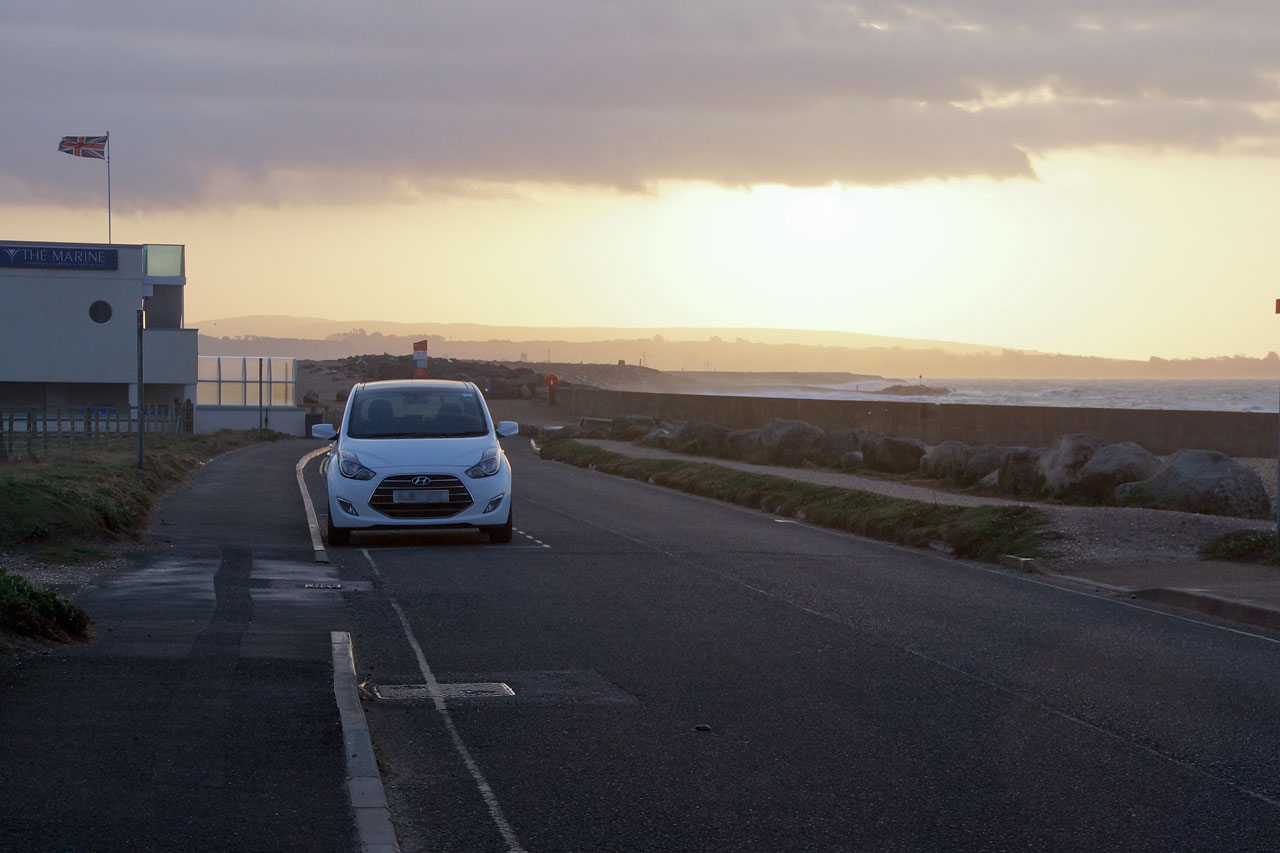 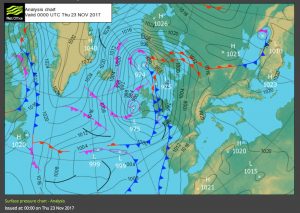 I was planning to visit friends Geof and Linden in Brixham during 21st to 23rd November but then started to worry that a storm over the night of 22nd/23rd (Wednesday/Thursday) might produce a surge on top of the moderately high tides. I reluctantly postponed my visit, which fortunately turned out to be convenient for them too.

The storm was part of a sequence on a trailing frontal zone in a westerly flow; by the morning of the 22nd it was already windy and I drove down to Milford-on-Sea early that morning to view the waves. 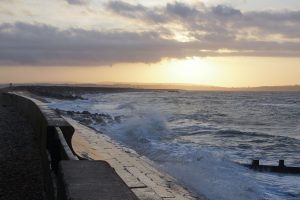 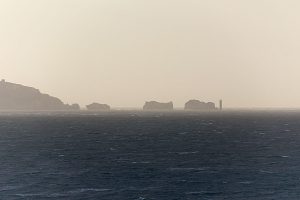 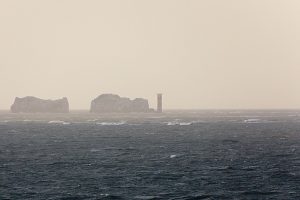 In the photos you can see the waves breaking on the Shingles Banks and also on the “Bridge” which is the underwater bank stretching out from the Needles to the southern end of the Shingles. 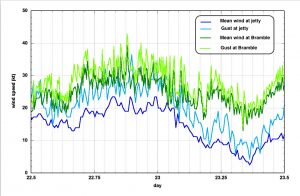 As it turned out the overnight surge was not large enough to cause local flooding. However it was quite windy. At the jetty the highest mean wind was 23.5 kt and highest gust 36.5 kt. At Bramble Met Post the highest mean wind was 39.5 – I’ve observed before that the gusts at the jetty are often a good indicator of the mean wind in the Solent (at least for SW to W winds in storms). The highest gust at Bramble was about 43 kt – force 9. 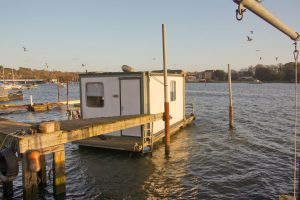 During the storm the porta-cabin at the end of Jo’s jetty partially broke free. I wish he would moor it properly rather improvising with string and chain from B&Q! If it breaks free during a storm it could do significant damage to a boat and I’d be surprised if he has it insured!