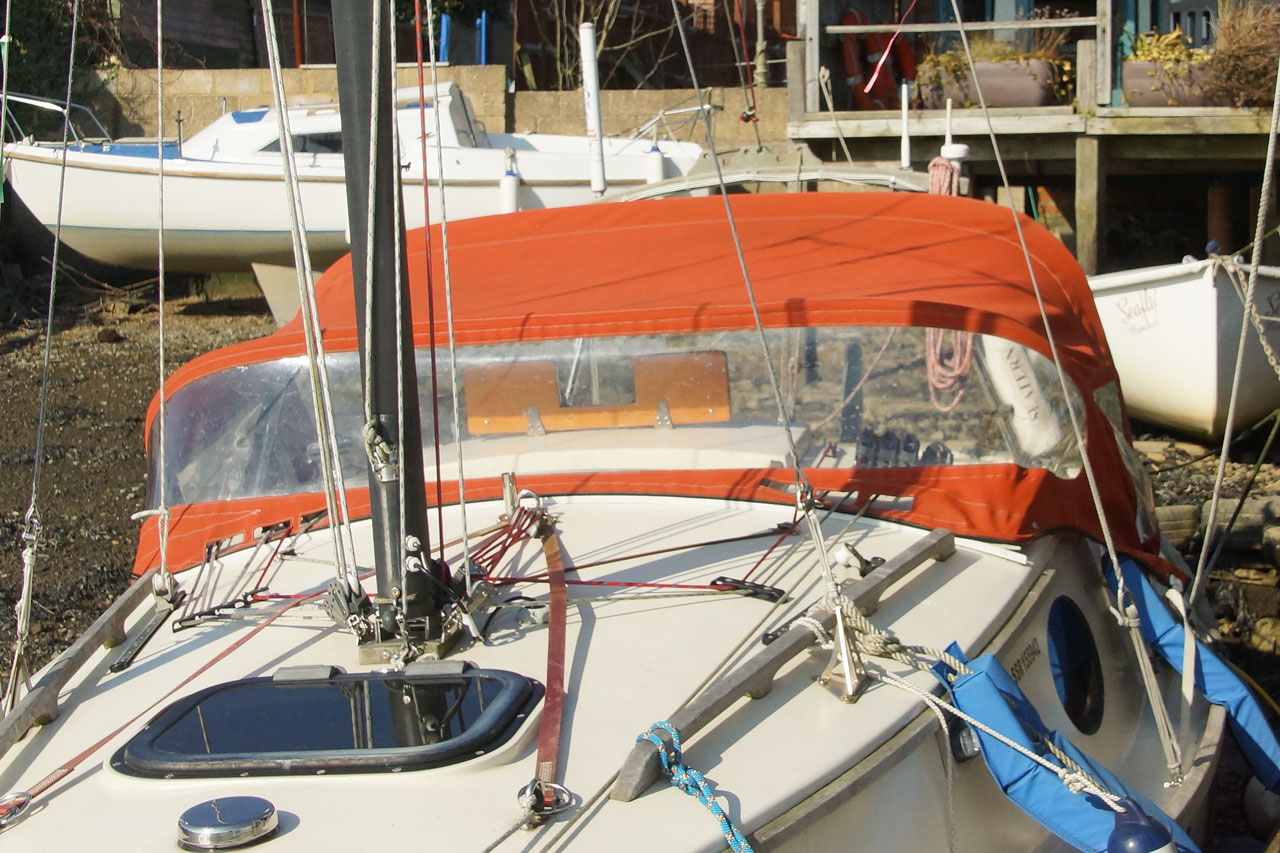 After the weather we have been having various bits of Seatern are starting to look green. At the moment, sub-zero temperatures overnight are limiting what seems sensible to do; however I decided I could get the canvas cockpit spray canopy off and clean it down. Getting the spray hood off means unthreading the various ropes that pass through it including the centreboard uphaul which, since the tide was out, I stopped off using a mole-grip. 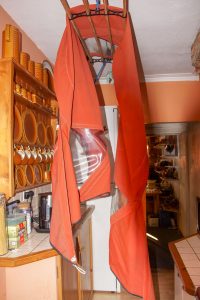 Hanging in the kitchen!

Having removed it on Thursday, 22nd, I gave the outside a clean using Starbrite Canvas and Sail cleaner and a nail brush to remove the worst of the growth and grime. This was fairly tiring since it also involved cleaning down the jetty staging where I was doing the job (not with a nail brush!). Having hung the canopy in the shed overnight, the next day I cleaned the underside and then gave the outside a second clean. The weather is forecast to get progressively colder so wanting it to dry, I hung it in the kitchen. Seatern is a relatively small yacht but even so, inside the house the cockpit canopy seems large! 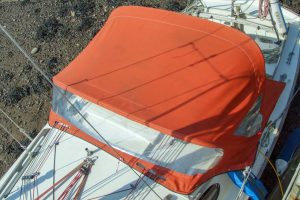 On the 24th (Saturday) there was still frost on the cabin top as I cleaned that off before reinstalling the spray canopy. I’d decided to treat it with Renovo Marine Ultra Proofer (which is probably the same as their proofer for soft top cars!). I’d got 500ml which I thought would be enough but I only just managed to do the whole of the top, not the sides. Since the sides are mainly window, I think I’ll leave them. 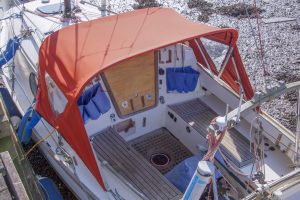 I’m pleased with how well it has cleaned up given that it has been in the elements for four years now. Probably another clean on the outside would have got rid of some of the darker patches but I was worried that the more I cleaned it the more I might have destroyed it’s inherent waterproofing.