1st-2nd March: Beast from the East 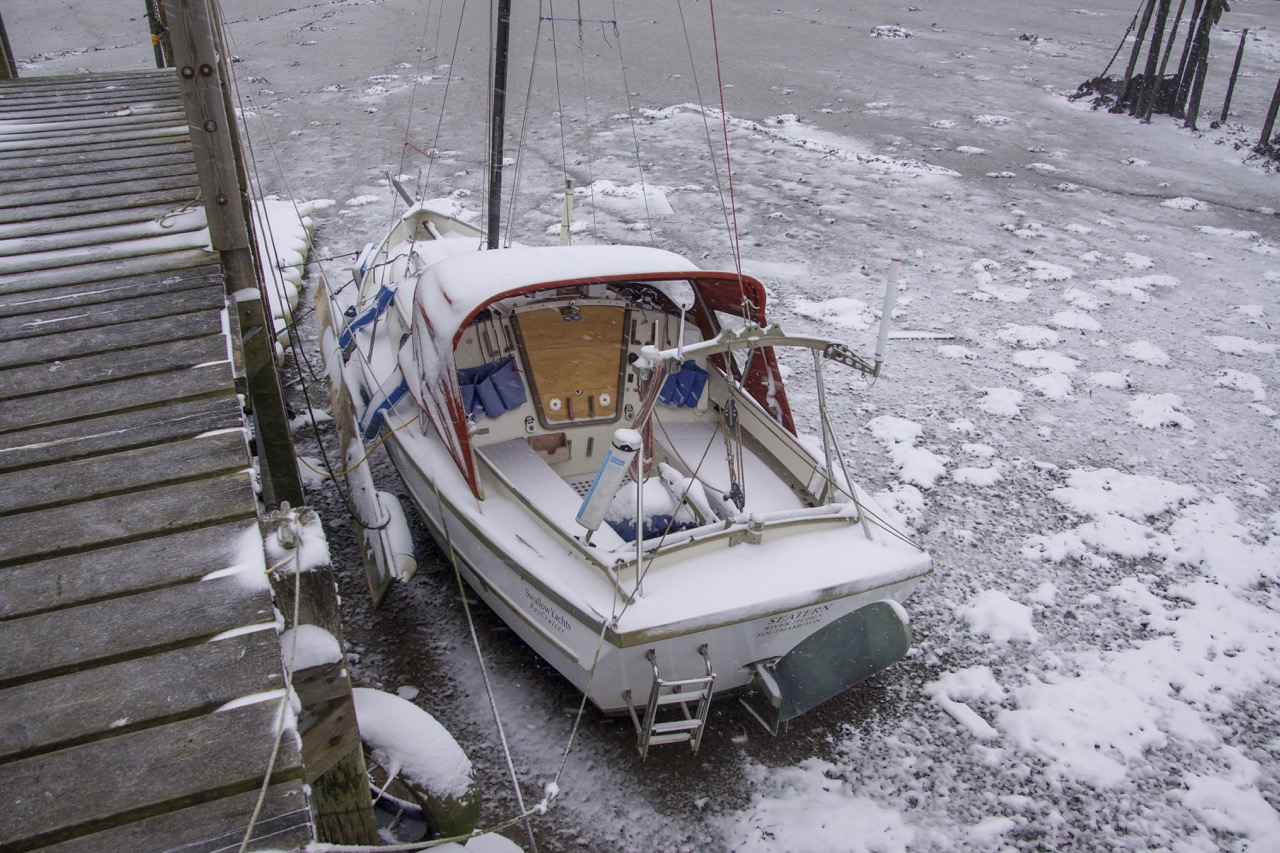 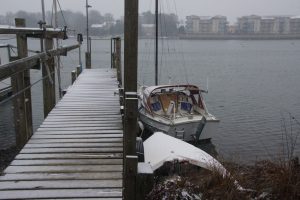 Over the last day or two we’ve had an intense high over Scandinavia (1055mb!) resulting in a strong easterly flow over the UK and snow showers down the eastern coasts. The newspapers are calling it “the Beast from the East” but the problem in this part of the country is a depression (storm “Emma”) coming north from France and producing snow on it’s northern flank. Snow started falling here in the early afternoon of Thursday 1st March – the first day of spring! 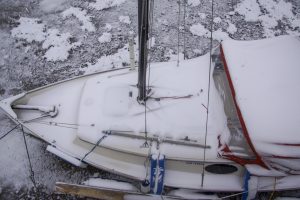 ~1630 – note how the wind has blown through the handrail!

The snow  continued into the night with the strong easterly winds causing drifting. The BBC’s response was to send reporters out by road to remote locations to report that the police were telling people to keep off the roads! The A31 in the New Forest and the A303 in Somerset both saw people trapped in their vehicles overnight. The latter case included a BBC reporter (and presumably camera man) who was on Breakfast TV during the morning of the 2nd (Friday) saying that their main problem was a lack of news – why were they trapped and when would the road be cleared? The irony that BBC News programme couldn’t tell him seemed lost on the presenters. 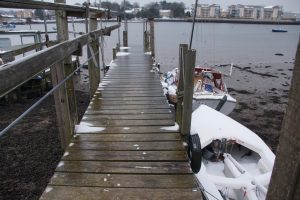 By the following morning there was a good covering of snow in the garden and the next door neighbour’s car port had an impressive corniche! However we were starting to have some freezing rain. The jetty, which had been kept free of smow by the wind, now had a coating of ice. Indeed the shipping forecast this morning mentioned “light icing” in Wight.

It would have been nice to have gone for a walk in the snow but on Wednesday I had another bit cut out of me down at the Royal South Hants hospital. This time it was my leg and and I’m presently supposed to be allowing the wound to heal by not walking or driving and keeping my leg raised while sitting! This is being typed while using screen sharing on my TV to view my computer in the study! 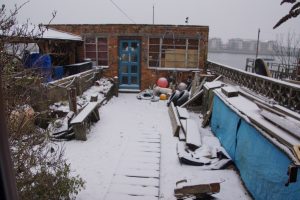 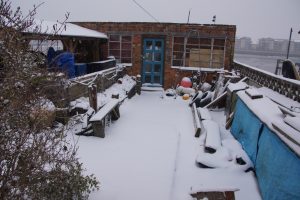 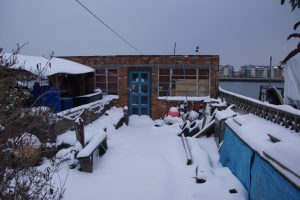