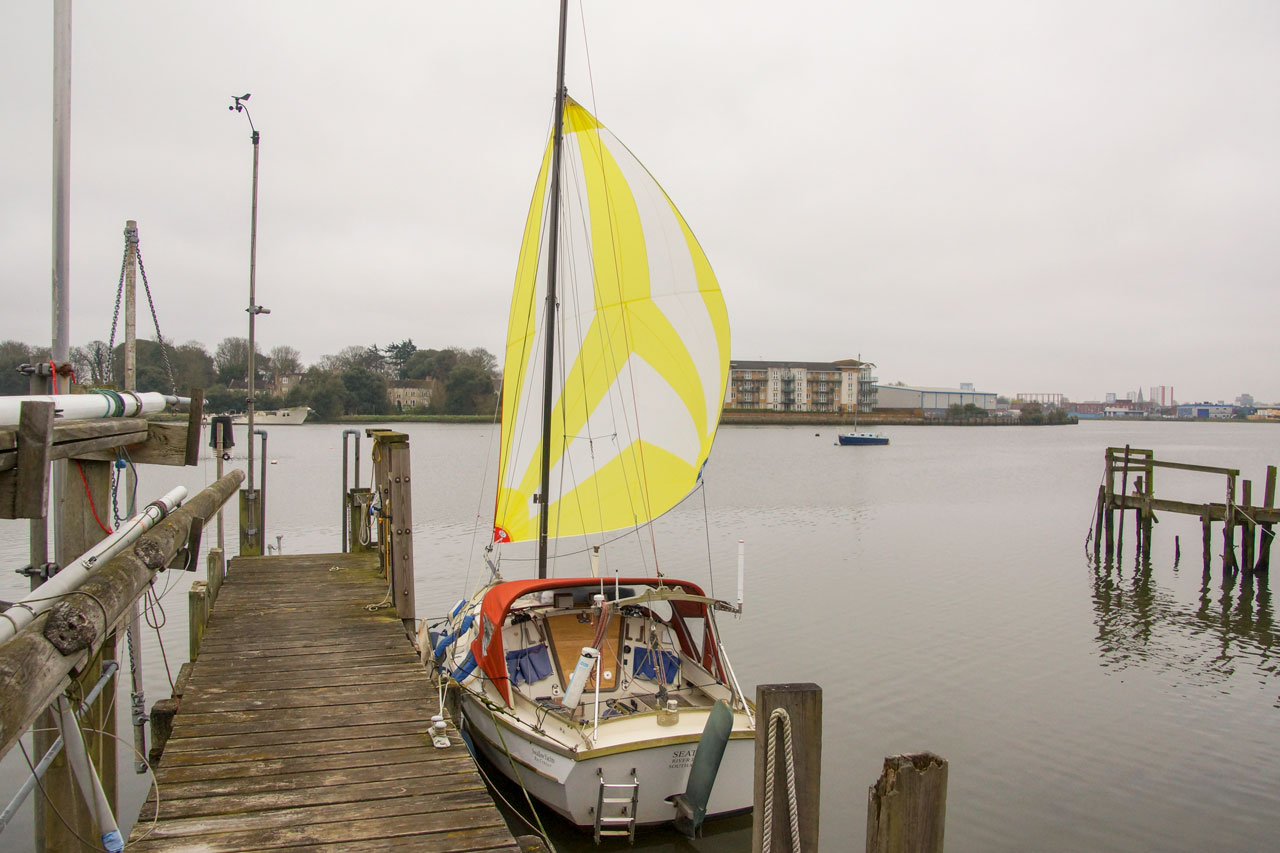 Towards the end of November last year I finally decided to order a new spinnaker with a top-down furling system.  The hope is that it will make it easier to fly the spinnaker more than once on any trip. With the present spinnaker after take-down it ends up as a mess in the cabin and finding time to repack it is difficult – out on the Solent I’m usually too busy watching other boats! My  hope also is that it will work well enough to gybe by furling the spinnaker, gybing the main, then unfurling the spinnaker on the new tack.

Although I discussed the specifications for the sail with Wooderz of Hyde Sails, the actual order had to be placed through Swallow Yachts. That turned out to be a good thing! Lara contacted me on 13th March to say she had the sail but was chasing Allspars for the furling gear. That arrived on the 20th March and Lara passed it to Pete Yates, Swallow Yachts rigger to check before I planned to pick it up from them on the 27th. However on the 26th Pete emailed to say that the torque cable was too short compared to the asymmetric luff length. Easter then intervened and it was the 5th April before Pete contacted me to say that they had had the torque cable stretched out and they were now happy with the gear.

I drove down to West Wales on the 11th leaving home at 0330am and having breakfast in Aberteifi at around 0815 before getting to Swallow Yachts soon after 0900. Rob Johnston was there collecting his new BC23 “Riff Raff” and another couple were collecting their new BC26. Matt’s new “Coast 250” was among the boats in build and he has already sold a second one. 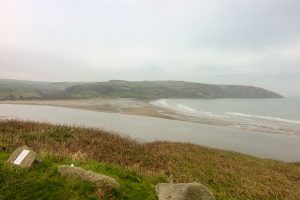 Having picked up the spinnaker I had a quick look at the Teifi estuary before returning home with a small detour towards Aberporth. I was back in St Denys just before 1600.

The next day I took advantage of the easterly wind (which has been bringing cold air and rain for several days) to try out the furling gear. Fortunately it was no longer raining, the wind was light, and the neap tide in.

And the furling gear works! I will have to sort out how to stow the spinnaker when not raised. However it looks as if one could furl a few turns of the sheets around the sail to stop the lower part unfurling in the wind and leave the sail raised without too much windage penalty.

Footnote 14th April: I realised that the “turtle” bag which came with the spinnaker will fit on the foredeck attached to the (redundant) leads for the tack line which at various times in the past had run down either side of the coach roof. I’ve added two photos to the gallery showing this. Whether this proves practical remains to be seen! 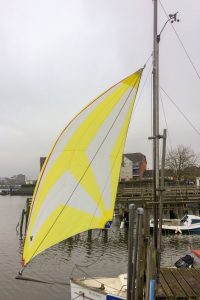 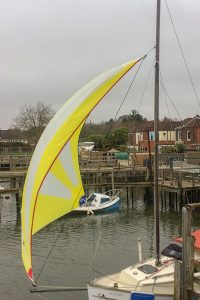 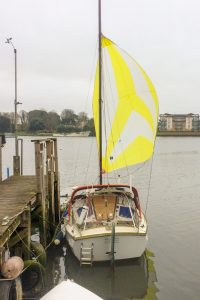 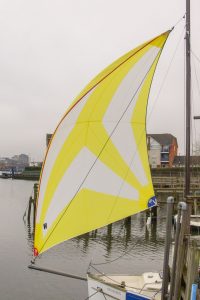 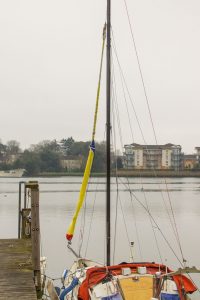 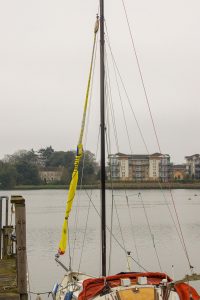 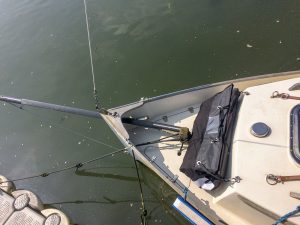 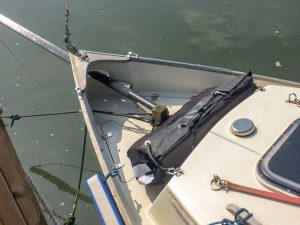