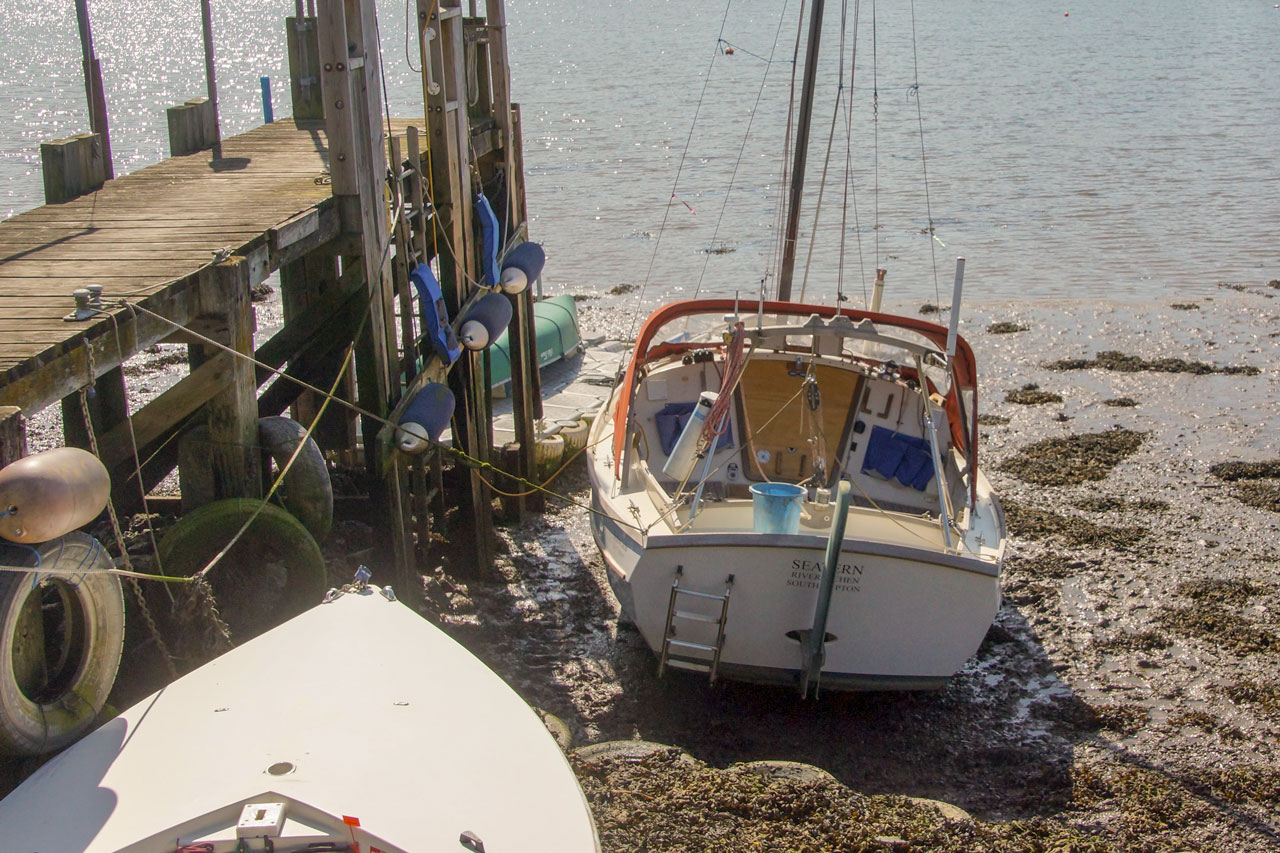 Seatern away from the jetty

The exposed woodwork on Seatern is untreated teak. In theory I should clean it and treat it with Boracol (a biocide for surface mould and algae) at least once a year.

However looking back through Seatern Diaries I’ve only treated it once, in March 2016 (diary entry)! The process is reasonably easy and simple. You gently wash down the teak to remove surface dirt, and, with a damp surface, paint on two coats of Boracol which is a clear liquid. It is then left for at least two days, preferably up to 7 days,  before washing down with water. The problem is that rain needs to be avoided while the Boracol is left to work so that it is not washed off. Thus, while I’d planned to re-do it last autumn, I was prevented by the very changeable weather. Given the damp weather over the winter and spring, it’s not surprising that Seatern has started to look a bit green! 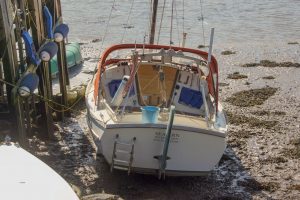 Finally, after a cold and wet spring, a few days settled weather was forecast giving an ideal opportunity.  However first I spent some time at the end of last week repairing the water supply to the jetty which had become damaged by freezing during the recent cold periods. I had turned the water supply off but forgot to drain it. Repair was complicated because, when it was installed over twenty years ago, I had allowed the plumber to persuade me to let him use plastic micro-bore pipe. Fittings for the particular make which he used are no longer available, and other fittings are not compatible! In the end I substituted some 15mm copper pipework but had much trouble making a good joint with the plastic since the location was difficult to access. 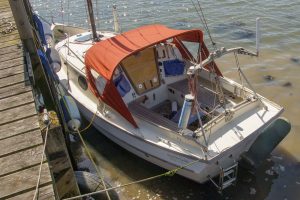 I mainly washed the woodwork down on the 16th and on the 17th applied the Boracol to the stern and cockpit areas after first dampening the wood. Despite the weather forecast, that evening it drizzled – however not enough to wash the treatment off (I hope). In fact the instructions say some dampness it good since it helps the treatment soak in. On both the 16th and 17th there was a cool, very strong wind and I felt quite battered as I finished work! Today (18th) was relatively calm and sunny. On the ebb of the early morning tide I arranged for Seatern to settled away from the jetty to allow me to work on the port side before she went afloat again around 1140. I applied Boracol to all the woodwork forward of the spray hood (except for the samson post which was done yesterday.

All that is now left is to clean the cockpit grating. Lifting it to clean under is not easy since it is a close fit and things like the binoculars box (not to mention the outboard) will have to be removed. I’ll try to do it tomorrow?!