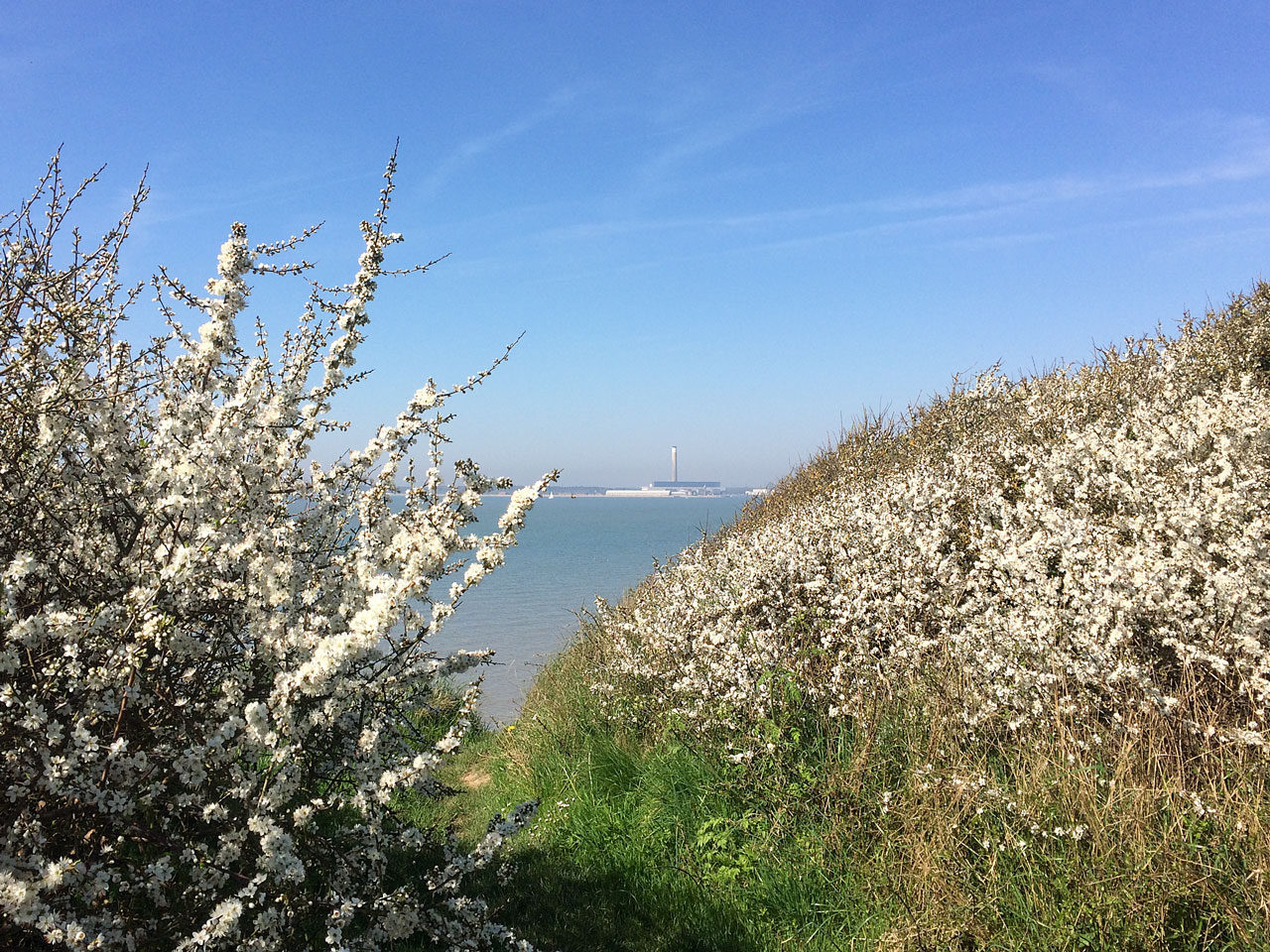 Probably as a displacement activity to avoid cleaning the cockpit grating, on Thursday 19th I decided to walk along the coast from Lee-on-the-Solent. I had planned to start with breakfast at “The Shack” which the web says is open from 8am. That did seem unlikely and when I arrived at 9am the proprietor, Angela, had only just turned up to open it. I decided not to wait but to set off towards Hill Head, possibly calling in at the Cafe at the Titchfield Haven Nature Reserve. 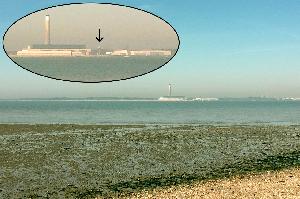 From this side of Southampton Water Calshot Tower can only just be recognised. It and even the Sunderland hangar (which has within it a high Climbing Wall area, an artificial ski slope, and a velodrome) are dwarfed by the chimney and generator hall of the disused Fawley Power Station. 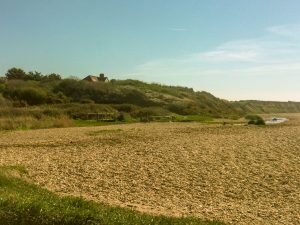 The Titchfield Cafe did not appear to be open (it opens at 0930) so I walked as far as the “House (red roof)” or “House (conspic)” as it is marked on different charts. Nowadays the roof is not looking so red, and from the beach it is hardly “conspic”!

I returned to Hill Head along the cliff top path which, in contrast to past experience, was not too muddy. The hawthorn bushes were providing a fine display of May flowers. 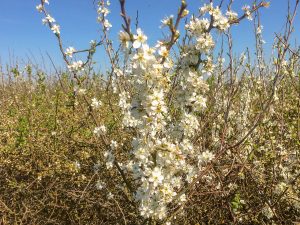 May flowers on the hawthorn

By the time I arrived at the cafe at Titchfield (around 1130) it was crowded (it was a very sunny day) so I continued back to the car and bought a ham roll and chips from the Shack to serve as “brunch”. I was feeling quite tired from the walk, although its only around 5.5 miles – I clearly haven’t been walking enough over the winter!