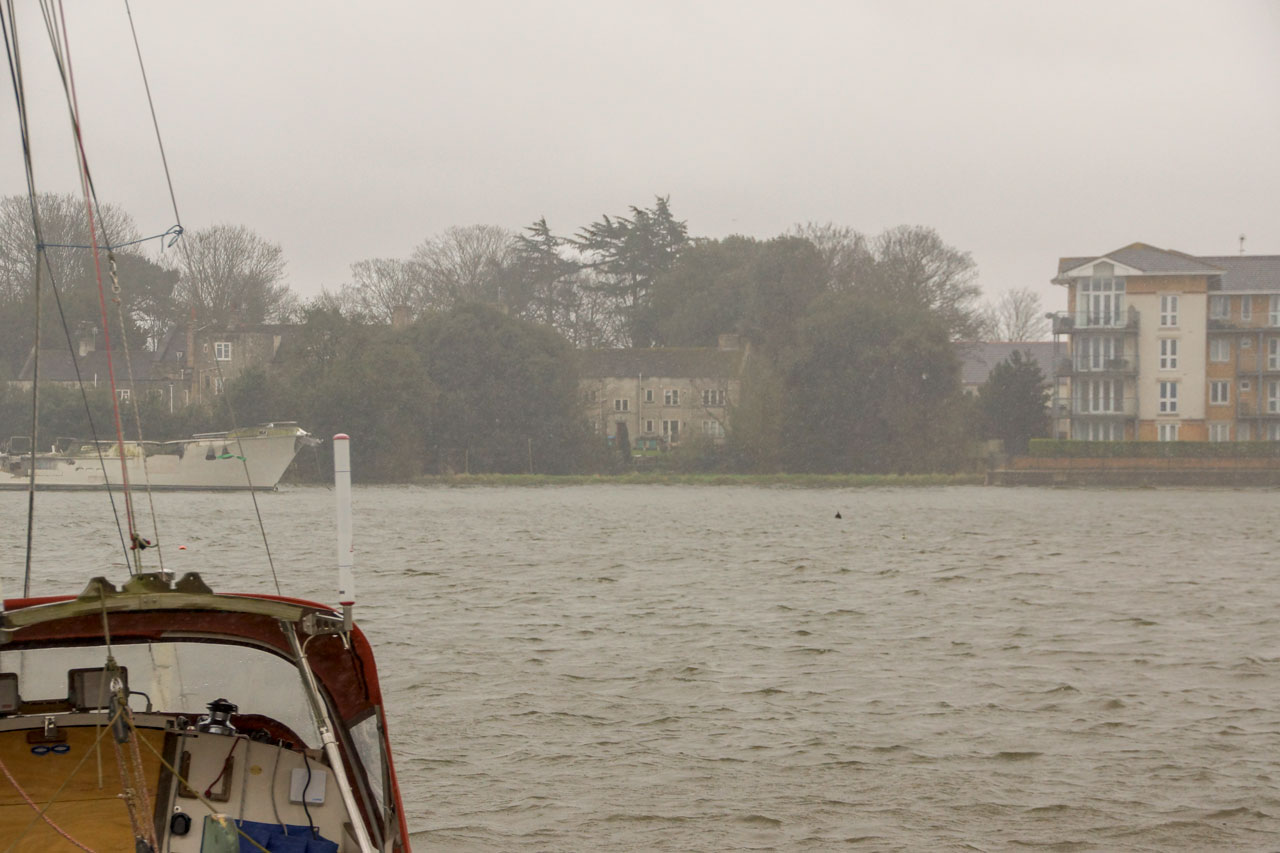 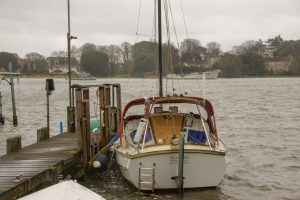 March was wet with below average temperatures. It’s now April but the weather has hardly improved! On the 4th it was windy and rain squalls swept the river. With low pressure we had some significant tidal surges but the astronomical tide was not enough to result in flooding.

On the 5th I scrubbed down the inside floor of the Seafly. This gave me a sore wrist for the next day! However, on the 7th I took advantage off the relatively low morning high tide to careen the Seafly and clean some of the mud off. Once the tide had gone down I worked on the weed growth which was not too serious. 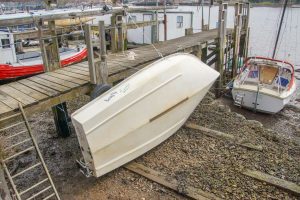 The photo show the hull before I dropped her back down on the afternoon tide. I then cleaned up the decks and some of the control lines so now I only have to replace the shock cord which holds up the toe-straps and she will be ready to sail.