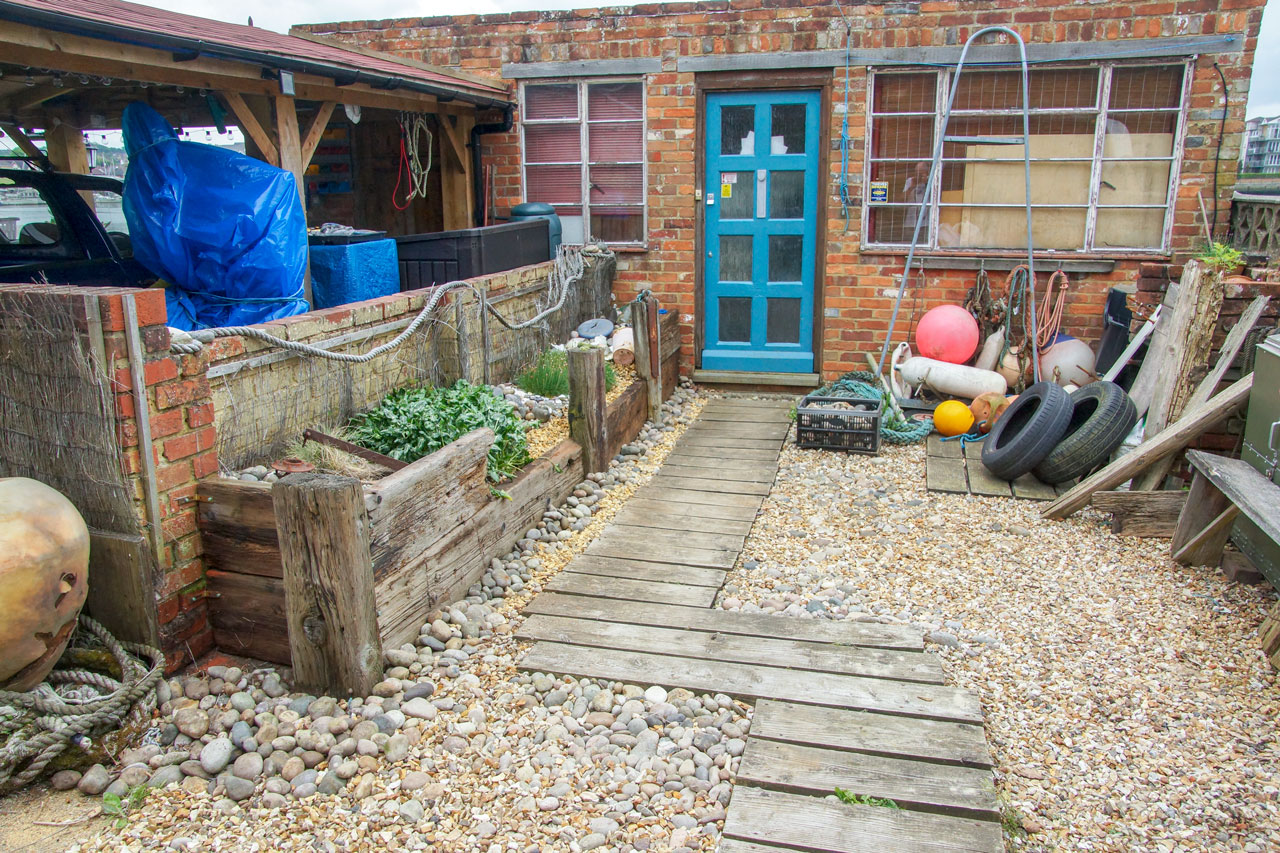 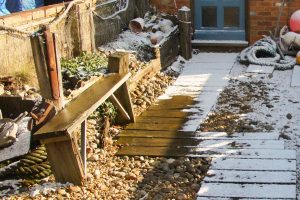 The raised bed in april this year

My back garden is small – there’s just room for Seatern’s road trailer but I don’t keep it there because there would then be no space at all! It has a sort of “beach theme with stones, shingle, and a raised bed down one side behind a “breakwater”. However, the breakwater, constructed from recycled wood in spring 1999, has rotted and the raised bed has spilt down towards the path.

Last summer, when Gavin bought little Lou’s old house, the raised beds in that garden were no longer wanted. Jon had constructed them from some old timber recycles from Simon’s next door. There were three good “planks” about 8′ x 1′ x 2″ and two shorter lengths which were about to be thrown out so I got Mark to help me move them to my garden. They were ideal in that I needed weathered timber to get the right look. 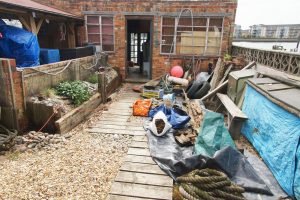 Working on the new “breakwater”

Finally over the last couple of days I got round to using them to reconstruct the raised bed. The old timber really was rotten, falling apart in my hands. It was quite a task to excavate the stones and shingle so as to be able to get the new timber in place. 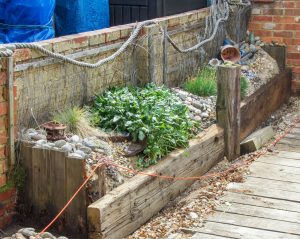 Mocking up the new breakwater

The new planks just fitted with a bit of redesign. Two 8′ lengths were slightly short so I joined them with metal joint plates behind the central upright. They are fastened to the shed at one end and by a return to the garden wall at the other end so the structure should be reasonably sound until the metal work rusts! 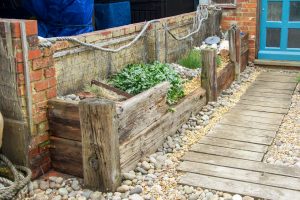 I’m pleased with the final result. It still needs finishing in the region of the return, but otherwise looks like it’s been there for years! The only down side is that following working on it on Saturday I’m feeling bad with either hay-fever or an incipient cold!