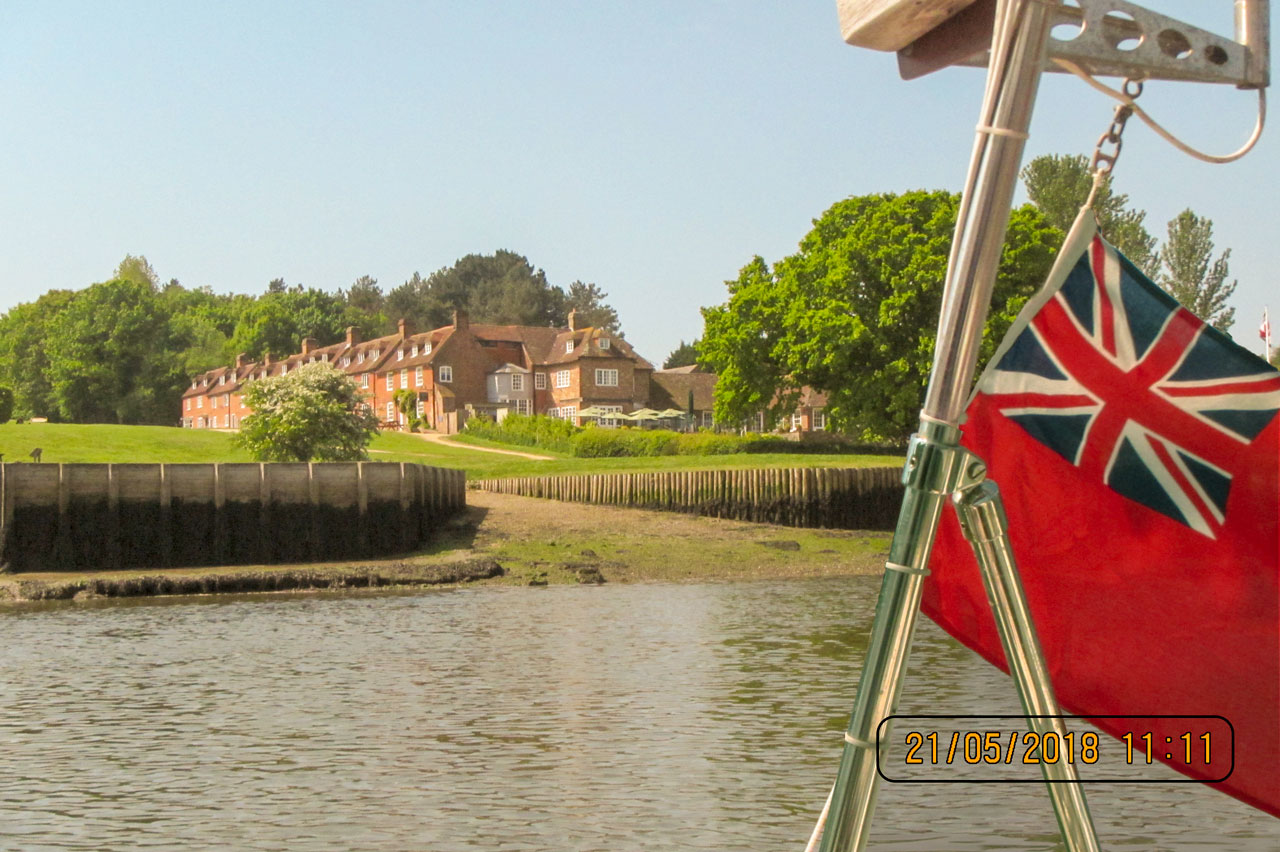 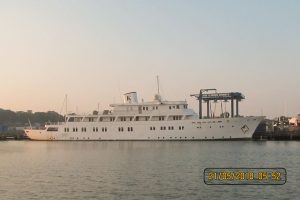 At last Seatern left the jetty for a sail! Given it’s the first sail of the year, and the morning tide was far too early, I took my time and left the jetty at 0548 soon after sunrise. Under Northam Bridge I was impressed by the super-yacht “Lady K II” which Solent Refit has “priced to sell at £1.5 million plus a refit estimated at £5 to £10+ million”. 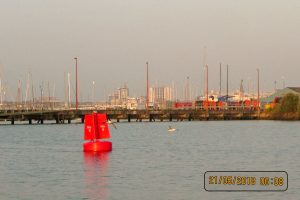 From a more personal point of view I was pleased to see that the unlit port-hand pile which had been replaced by a yellow buoy, now is marked by what I hope is a lit red “No. 8” buoy.

Going down river with the ebb I hoisted the furled new spinnaker for the first time away from the jetty. I’d left the sheets attached to the sail and wrapped around it. Turning into Southampton Water there was a very light north-northwesterly so I decided to set the asymmetric before having breakfast. 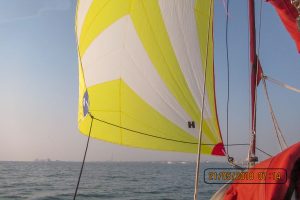 Of course, I’d not rigged the sheets properly and I had to untwist them before the sail would unfurl but once I’d done that the sail looked good. Once I’d had breakfast, and with the wind aft,  I started tacking down wind which kept the asymmetric flying better. The ease of gybing with a furled spinnaker really paid dividends!

Approaching Bald Head I called NCI Calshot and checked both my fixed and hand-held radios. With the ebb still flowing, crossing the shipping channel was a ferry glide and I had to furl the spinnaker and set the jib in order to point high enough, otherwise I was just being swept along Calshot Reach! 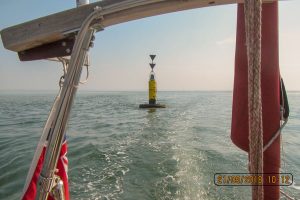 Having got past Calshot spit  I unfurled the asymmetric again – it’s really a joy to have it so easy to set. Previously I’d played safe and kept the ballast tanks full but with the wind light, at 0935 I started emptying the tanks. By 0950 the tanks were “empty” but I was becalmed off Lepe. The flood had set in and, with the lack of wind it was surprising that Seatern was still managing about 0.5 kt against the current. I decided to start the outboard, “Dai”, and motor into the Beaulieu River.

I don’t think I’ve been in Beaulieu River with the tide so low before, Gull Island really looked high! Having reached Bucklers Hard I turned back and was surprised to feel a freshening wind. So much so that I refilled the ballast tanks in preparation for the sail back. However back at the river entrance at 1150 the Solent looked mirror calm! This was deceptive;  I checked Bramble Met and it was showing 4kts from the ESE. By now the air temperature was about 17oC whereas the see temperature was about 14oC so I suppose the stability was preventing the onset of wave formation. I must admit I’ve never noticed that before. 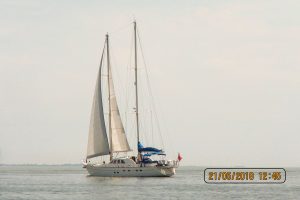 Initially I was beating out towards Gurnard on port and had a schooner aft and to windward with a foresail and forward main set. I was pleased to find that Seatern was sailing almost as fast and pointing higher, so eventually I was able to tack and head back towards Calshot, aided by the flood tide. 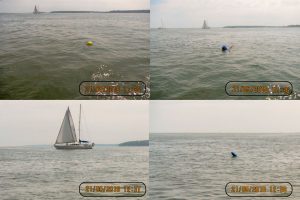 I was going through the area where there are lots of fishing floats. One or two are well marked but most are not. The schooner continued towards Gurnard before tacking and as I kept to the north side of the precautionary area, she was on the south side, abeam and up wind of me. Bearing away to parallel the Thorn Channel I was able to unfurl the asymmetric again.

Red Jet 4 passed  ahead of me outbound as I started to cross the channel but a warship, HMS Biter, was heading towards me at speed. To my surprise, instead of deviating course slightly, she slowed right down. Warship Biter is used as a University training vessel so perhaps they are taught to be considerate – I waved my thanks! 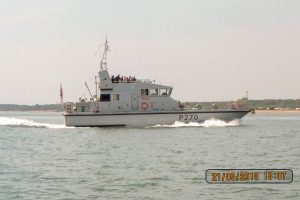 Despite the weather forecast (NE backing N) the SE wind meant it was a run back up Southampton Water and, as an experiment, I tried furling the main and using the mizzen and asymmetric. Whether this was faster than using the main and goose-winged jib I’ve no idea, but Seatern was now out pacing the schooner by some margin.

I furled the sails off Weston and then, motoring towards the Itchen Bridge, was taken by surprise by a short but torrential shower of very large rain drops. Convection had certainly been building over land, but I hadn’t seen the rain coming and had to scurry to put the curtain over the companionway and then pull on a jacket. I was back at the jetty by 1530 with thunder rumbling around and it was a scramble to pack the gear before rain set in. Bramble Met  shows a force 6 squall at 1550, presumably a cold air downdraft; I wonder if anyone was caught out by it? 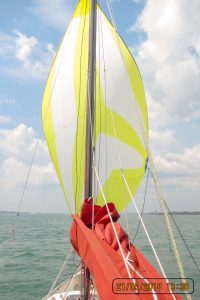 In general the top-down furler was a great success, allowing me to use the asymmetric more often and making gybing very easy. One problem is that the sheets caught in the  anchor fairleads two or three times, I’ll have to something about that. Also I don’t know whether to furl the sheets around the sail – which tightens up the region below the furled clew – or detach them to stow the sail. At present I have detached them and left them rigged.

Another problem needing fixing is that the triangular plate on the mizzen mast foot is loose, making removing the mast  difficult and potentially impossible. That I must fix since I can’t get under Northam Bridge with the mast up.