24th-26th May: Garden and living room 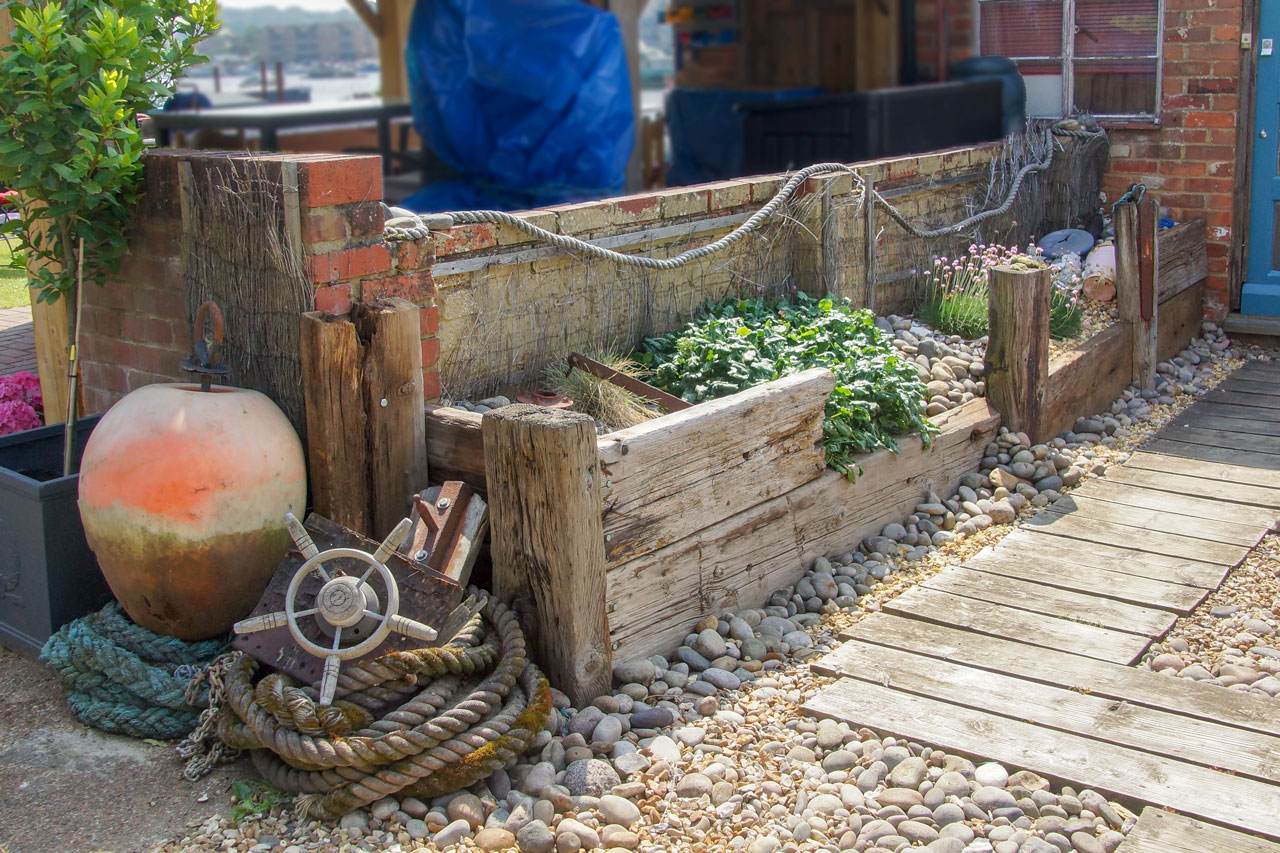 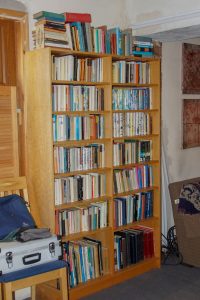 The flat roof over the living room extension has leaked during major rain storms for quite some time. Last autumn when I was I renewing the ethernet link to the shed I realised that the roof had started to rot and really did need fixing. I consulted a neighbour/local builder, Mark, and he agreed to have a look at it during this Spring/Summer.

He’s been busy building an extension for Zoe & Jon and has combined the needed roof material for that, Gavin’s boat house, and my roof in a single delivery. So on Wednesday he said he’d he’d come over the next day (24th) to explore what would need doing. I said I’d clear the end of the living room in preparation which meant moving the large bookcase, which meant moving a chest of drawers upstairs, which meant….!

I got everything cleared in the morning. When the ceiling was stripped down in the afternoon the rot was not as bad as I feared. The ply sheeting will have to be part replaced but the joists are sound. The ceiling ended up in a hippo bag in the back garden. 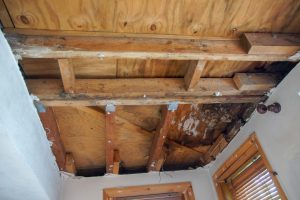 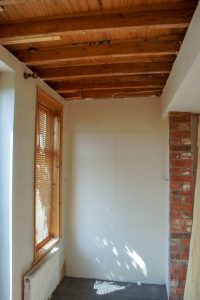 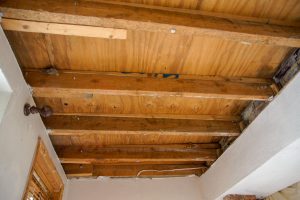 To clear things in preparation for the roof work, on the Friday I took all the old rotten wood which was stacked or in sacks in the garden down to the tip (sorry, recycling centre). On the Saturday I finished off the work on the raised bed so the back garden is beginning to look cared for again! 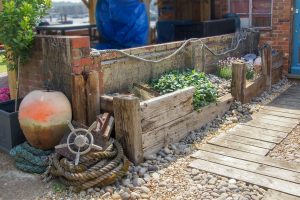 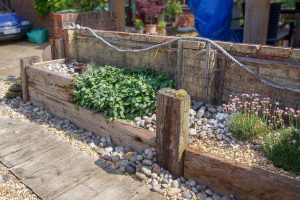 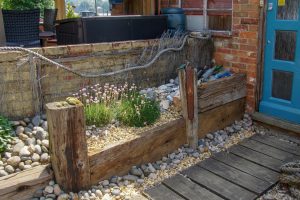