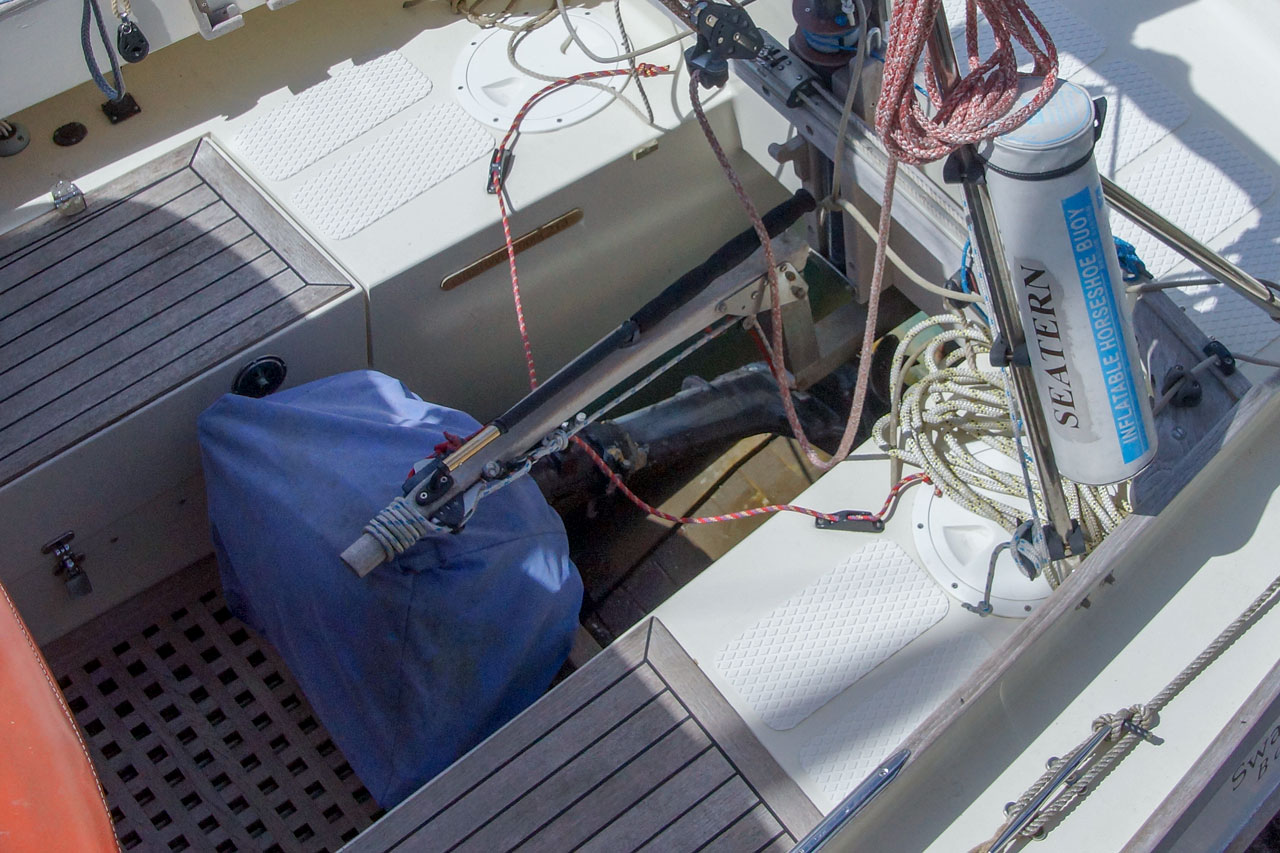 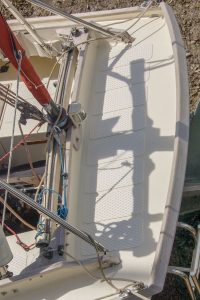 Treadmaster pads on the aft deck.

The deck aft of the boom gallows has had one or two knocks due to the sprit boom hitting it during furling the mizzen. I’ve wondered about some sort of protective pads so when ASA Supplies advertised a special offer on Treadmaster self-adhesive step pads I decided to fit some. I know they will attract dirt and be hard to keep clean but I think they will be practical. Having washed the deck I used some bio-ethanol (left over from the spirit stove days) to degrease the surface. The adhesive on the pads felt very aggressive – even touching the pad edge down while positioning led to it starting to grip.

I also fitted some on the bit of side seat between the teak seat pads and the aft buoyancy tank hatches. While neither this nor the aft deck is particularly slippery when sailing, it can be slippery with wet feet after swimming and getting onto Seatern via the transom ladder. 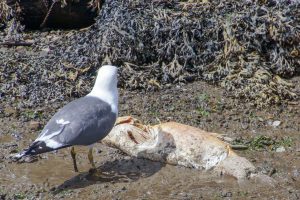 What sort of fish?

During the last few days, a large dead fish washed up on the “beach” and, very slowly, has been fed on by the crows and gulls. Interestingly the crows come higher up the pecking order than the gulls!