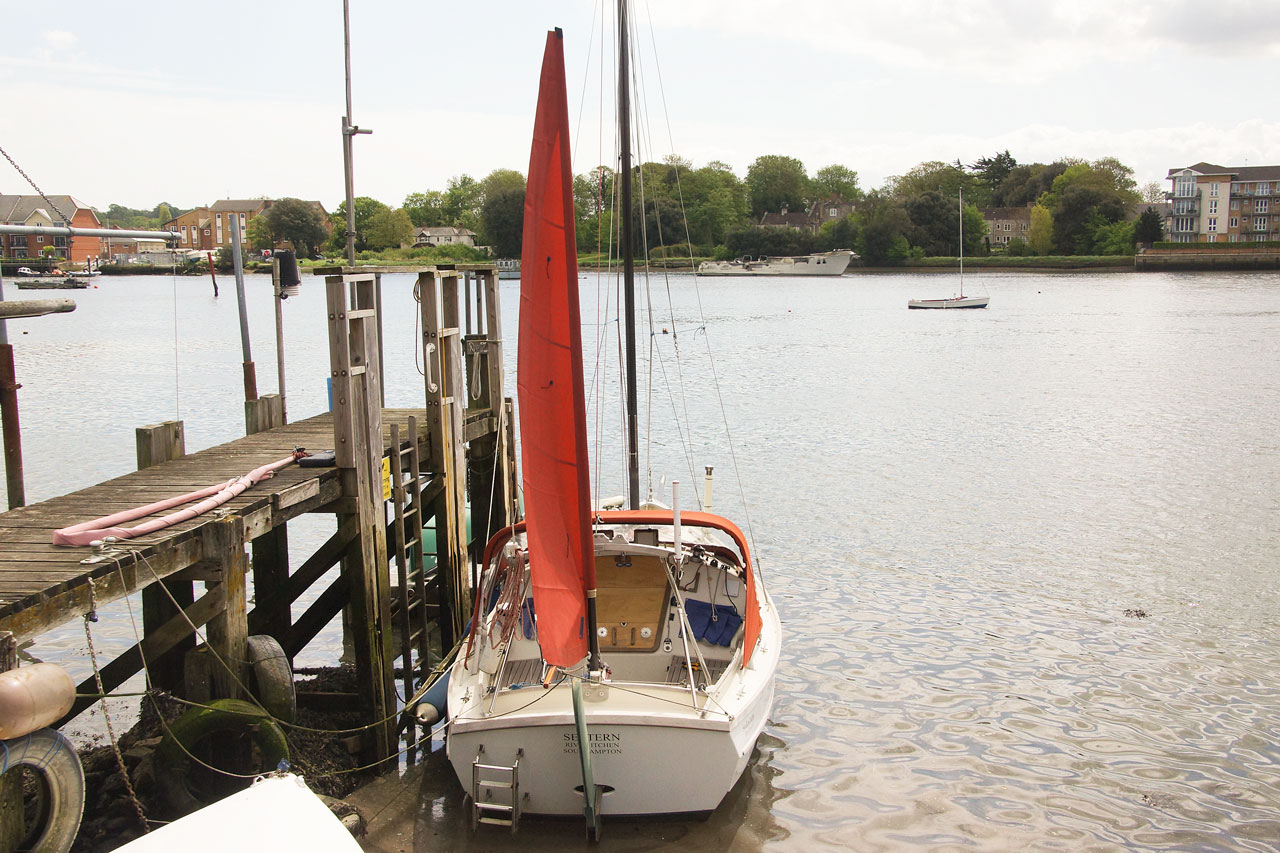 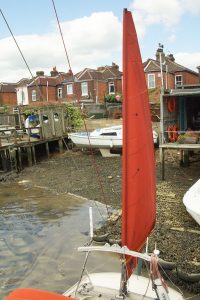 It’s slow progress towards starting the sailing season but I’ve been getting lots of small jobs done on Seatern. These include checking shackles, for example those holding the jackstays. I seize important shackles using small cable ties which I replace each year before they succumb to UV degradation. I re-installed my backup power supply in the bow and put the sails back on her.

When Seatern was built Swallow Boats (as they then were) somehow managed to order two sets of sails for Seatern. Matt offered me the second set at a discount but I hesitated. Being used to dinghies, where the sails live indoors except when you use them, I didn’t think I’d need them. I hadn’t thought about the weathering that sails take when permanently installed on the boat. Fortunately Matt persuaded me to buy the spare set.

After four years, the UV strip on the original jib was beginning to fray.  The luff of the mizzen was very faded and, examining it, I realised that it has always been rolled the wrong way – with the UV strip inwards! Also the mast head tape was a bit battered dating right back to the first outing when I scraped it along the underside of Northam Bridge! So this year I decided to bend on the spare jib and mizzen. Now I am more experienced i hope the sails will have a better life! 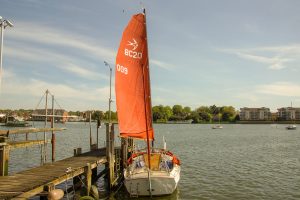 Of course, things are never that easy… the luff of the new mizzen was very slightly longer meaning that the rope that holds the inboard end of the mizzen sprit (the “snotter”?) needed to be repositioned slightly lower down where the mast is thicker. After a lot of experiment I managed to tie the snotter in a new way which allowed it to fit and probably will be better since it gives a slightly larger loop for holding the boom end.

Being protected by the boom bag, the main sail is still looking good. So now Seatern is looking smart with her new jib, mizzen, and (top-down furling) spinnaker. I had planned to take Seatern out on the Tuesday after the bank holiday (8th May) but when I checked the tides I realised that they were so “Neap” that there would only be a small time window to get back to the jetty – Seatern is “neaped” – I’ve never known that before.  Maybe one day I’ll actually sail her!