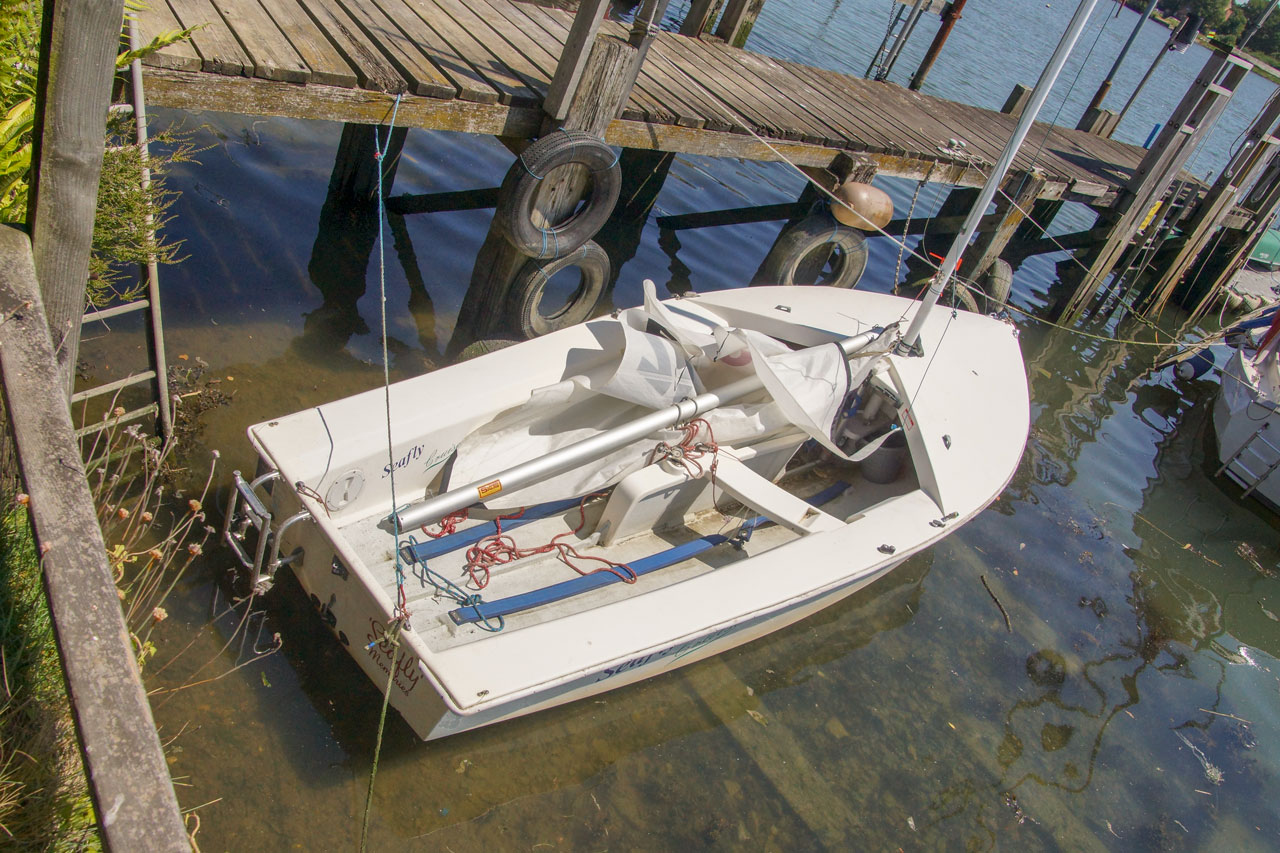 We’ve got a period of hot weather and east to northeast winds which would be great for trips down the western Solent except the tides are wrong for all day trips. Planning to take Seatern out on the Wednesday, on the Tuesday (26th) I tried out a new wash-down pump which I’d bought through being tempted by an ASAP special offer! 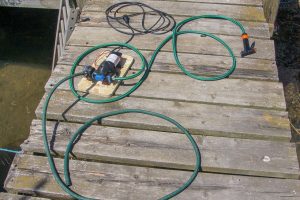 Whereas there used to be a couple of lesser black backed gulls on the end of 78’s jetty, the rest of the gulls were almost all black-headed ones which tend not to come too close to the jetties and boats. However this year there seem to be fewer black-headed gulls and more herring gulls. The result is more bird fouling on Seatern.

The new pump needs a fairly hefty 12V supply – it switches on and off to maintain water pressure so there are probably current spikes on switch on. However the circuit I put in for charging the Torqeedo battery, and which is now redundant, handled it OK. The inlet hose is just dangled in the water and is attached to an inline strainer. There’s an on/off pistol grip for the pressure jet.  It worked well in allowing me to quickly wash down Seatern’s decks. 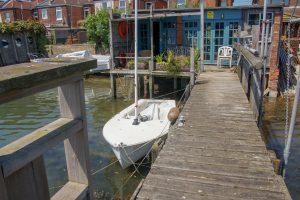 However, on Wednesday the hot weather, and the easterly wind making launching easy, I decided to take out “SeaLightning” – my Seafly dinghy with the mast and sail from the Lightning 368 which I used to own. 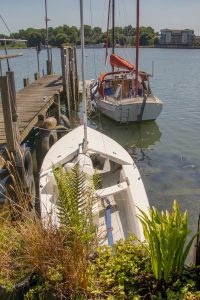 It would have been good to have a little more wind on the Wednesday but I took her out again on the Thursday and got her planing a few times – again, more wind would have been good, or maybe I should put the proper Seafly rig on her. Still it was good to be using SeaLightning again – sailing a dinghy gives more exercise than sailing Seatern!

postscript (2nd July): I took SeaLightning out on the Monday 2nd July and for a period there was enough wind to have her planing across the river – really good!