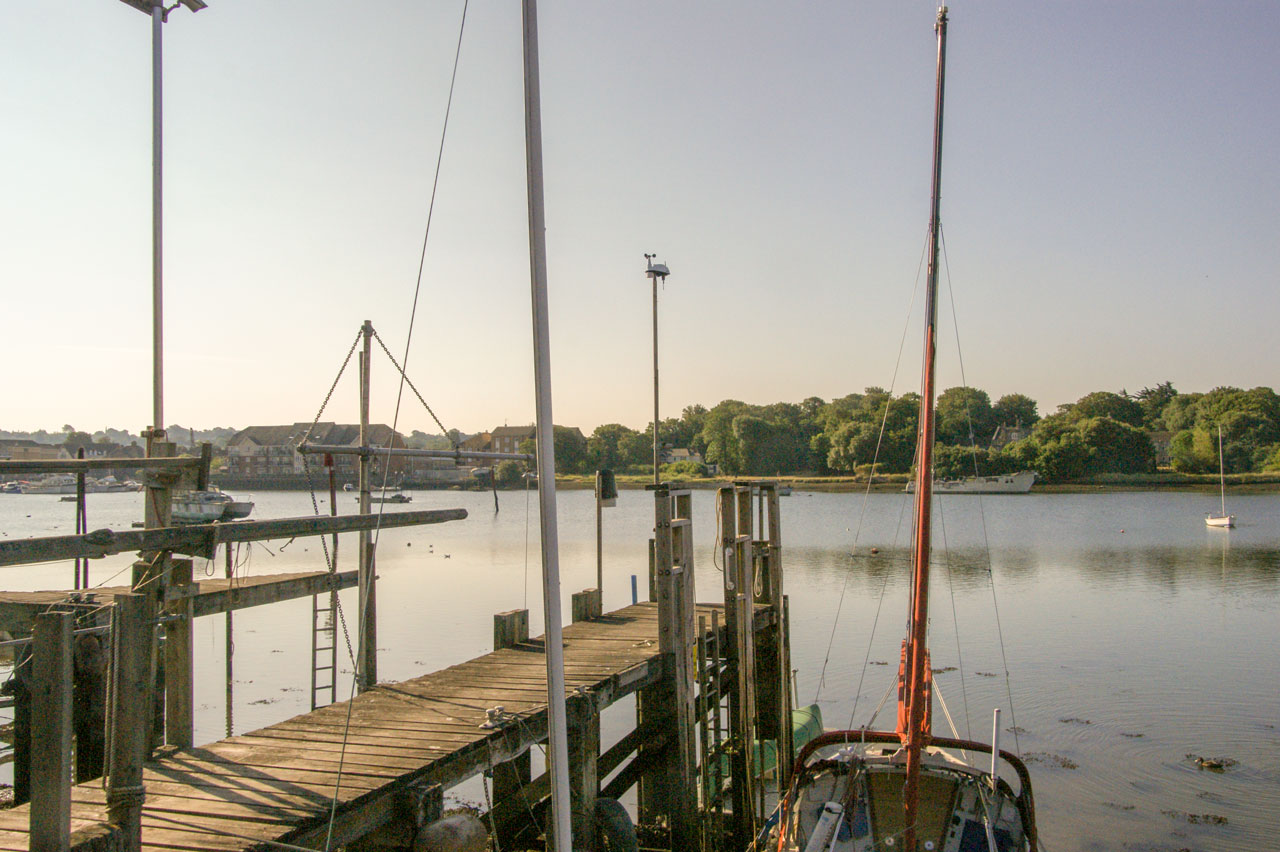 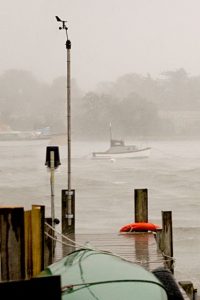 The old weather station with the anemometer on the pole and other sensors under the rain gauge bucket.

The Davis Vantage Pro 2 weather station which supplies data for the “St Denys weather” pages on Seatern Diaries has become unreliable yet again. The system was purchased in 2007, being mainly funded partly by my retirement present from the Oceanography Centre. Since then the anemometer has been repaired under warrantee and then, two or three years later, been replaced with a new anemometer/wind vane. Now this second anemometer has started somehow to seize, even though when one tries rotating it it seems free. In the mean time I’ve had to replace the temperature/humidity sensor and the cover for the sensor system electronics because the solar panel was no longer working well. Given the initial high cost of the Davis systems compared to other available weather stations I don’t think their reliability as good as it should be.

I put in an order for yet another wind sensor unit, but then Jon (over the road) pointed out that the air pressure was also wrong. I had been aware that it was drifting and had occasionally corrected it. However now it is about 25mb too low. The sensor is in the Vantage Pro console so the chances were that the console will need to be replaced. I worked out that it would be cheaper to buy a new Davis Vantage Vue system than replace the Vantage Pro wind sensor and console. 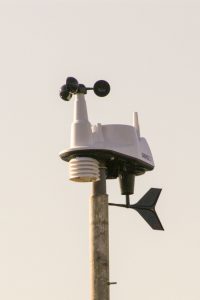 The new Vantage Vue weather station has all sensors on the old anemometer pole.

The Vantage Vue is a newer, cheaper product with all the sensors in a single integrated unit. I’ve mounted it on the pole that used to hold the Vantage Pro wind sensor. Infuriatingly, Davis have designed it to be mounted on a pole of diameter 1″ to 1.75″, in other words just less than the diameter of a 2″ scaffolding pole. They then try to sell you a mounting kit at a further £50 cost! I’ve mounted the Vantage Vue on a short length of small diameter plastic rain water down pipe which I found would fit securely into the end of the scaffolding tube. I’ve used a stainless through bolt to stop the plastic pipe and attached weather station rotating. Since the scaffold tube is alloy, I coated the drilled hole with Duralac to try to avoid galvanic corrosion.

The anemometer pole consists of two lengths of scaffold pipe with the lower length fastened to one of the jetty uprights. The upper length is attached with an offset arrangement so that it can be clamped in a vertical alignment rather than the sloping alignment of the lower section. Thus, as long as the weather station was clamped at right angles to the plastic drain pipe, it would be sure to be properly levelled. 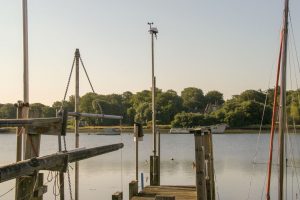 Showing the new station in situ, the two sections of the supporting poles can be seen.

To get the pole down to replace the anemometer with the weather station I had to unbolt the scaffold clamps, which were somewhat rusty, and slide the upper scaffold length down to make the whole pole more manageable. Having mounted the weather station I checked and adjusted the pole so it remained vertical, but did not slide it up as far as it had been before. As a result the weather station is now about a metre lower than the previous anemometer position. I don’t think this matters given the large effect of the houses when the wind is from a northerly quarter. For other wind directions the weather station remains well exposed

I swapped the Davis WeatherLink logger from the old Vantage Pro system and switched on the Vantage Vue only to get the message “incompatible logger”. It turns out Davis have altered the logger for newer Vantage Pro and Vantage Vue systems so the old logger can’t be used. So I had to buy a new Weatherlink data logger too. Despite it being over 10 years since I bought the last one, and being charged for a new one that I shouldn’t have needed, the software that comes with it is still not fully functional for Mac computers.

If I’d realised the data logger problem from the start I would have moved away from Davis to a cheaper system. Given that something has failed on the Davis system roughly every 3 to 4 years, a cheap weather station replaced every couple of years would work out at a fraction of the money I’ve spent on the Davis equipment. Anyway, having set up the new weather station yesterday, today (Thursday 26th) I received the new data logger and could connect it to the computer. WeatherCat (the software I use on the computer) instantly recognised the new weather station and continued as if nothing had been changed. It really is good software; if only Davis products were as good!