22nd August: Sorting out the Asymmetric 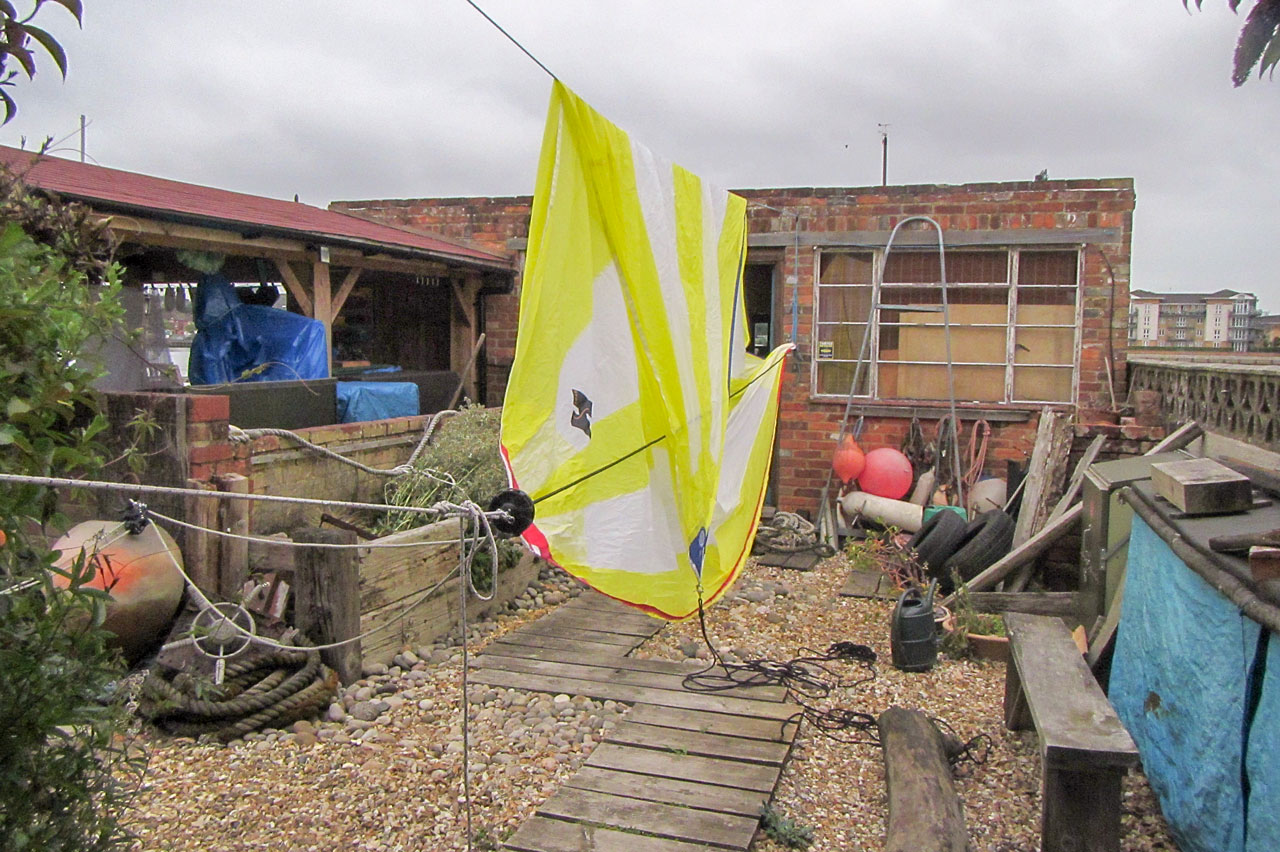 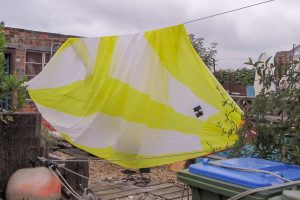 Coming back from Chewton Bunny I’d made a mess of furling the asymmetric spinnaker before gybing. This was the first time things had gone wrong since I started using the top-down furler.  I’d forgotten to tighten the halyard (and hence the torsion cable) which I might have got away with on a reach, but with light winds from nearly astern the result was that the forestay got wrapped in with the sail. I managed to slide the sail down and off the forestay but the lower part of the sail beneath the clew was wrapped on the torsion cable opposite to the top part, so resetting it was not an option.

Running under main and mizzen with the sea on the quarter, the Tiller Pilot struggled to control Seatern while I struggled to pack the sail away without dropping it in the water. Pulling in the bowsprit the tack had dipped into the sea so I knew the sail was packed away wet, and in any case it would needed properly furling before being used again. 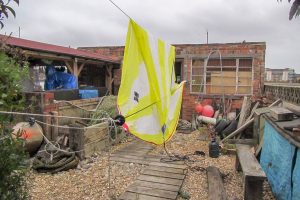 Normally I’ve used the early morning calm to work with the asymmetric on Seatern at the jetty. However we’ve been having warm sultry nights and the wind has tended not to die completely. It is also hard to reach up high enough to handle the clew when the sail is furled.

It then occurred to me that it would be far easier to sort the sail out if it were horizontal. I stretched the torsion cable out between the shed and the house back door and was able, with a bit of a struggle, to unfurl the sail and allow it to dry. I then refurled it reasonably well after a couple of attempts and got it packed back in the turtle. In the future, I’ll use this method for drying the sail  – and sorting it out when I make a mistake!

Seatern Diaries > 2018 > About Seatern > 22nd August: Sorting out the Asymmetric