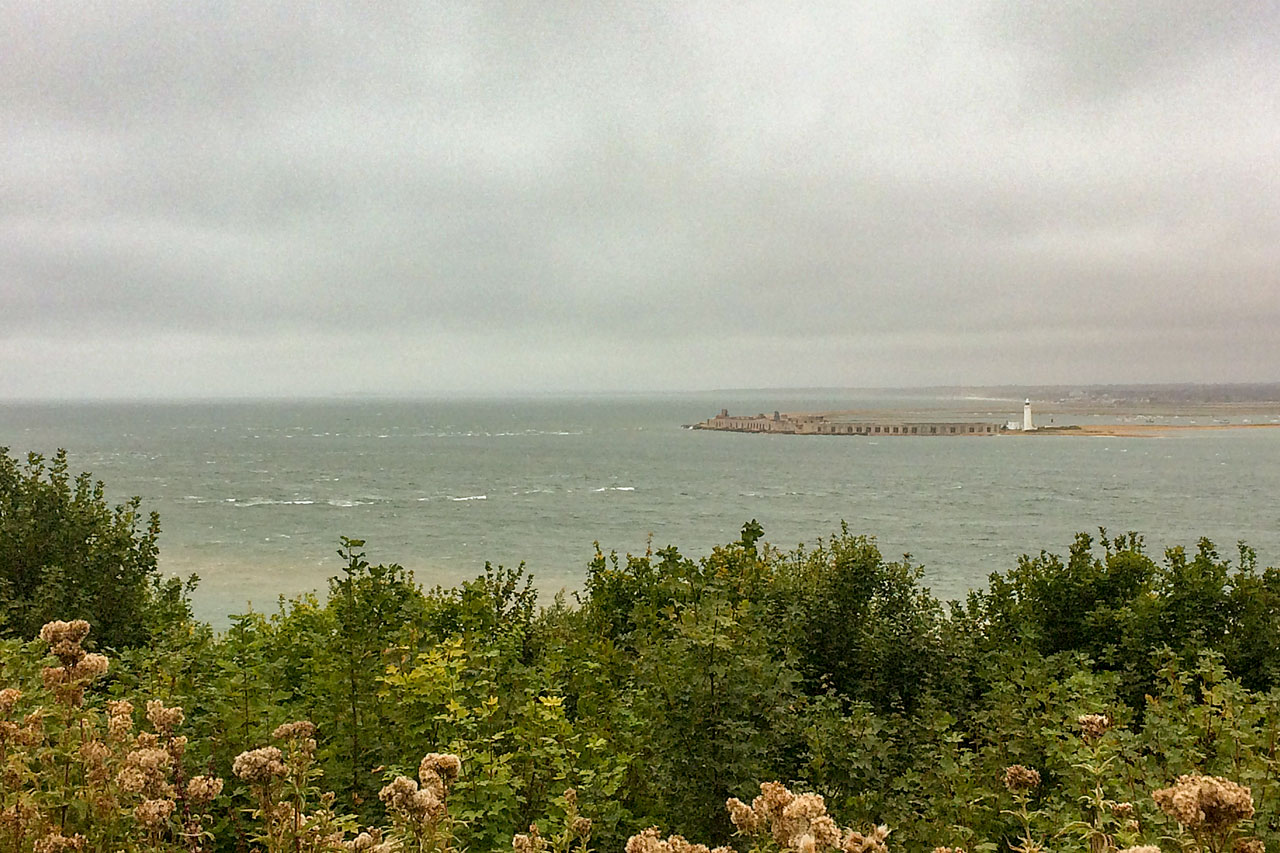 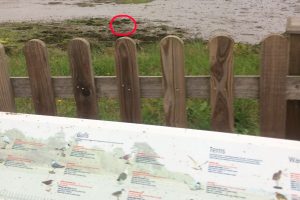 Having sailed past Yarmouth a few times this year, I decided to take the ferry from Lymington and have a look at the coast from the land side. I aimed for the 0845 sailing and, allowing for the Wightlink web site specifying a 15 minutes before departure check-in for foot passengers (which didn’t seem to apply),  arrived with time for a coffee. The cafe’s outside tables overlook the estuary salt marshes and, while looking at a bird identification board, a curlew wandered past closer than I’ve ever seen a curlew before! Even so it was hard to see and even harder to photograph using my iPhone!We were late departing and the inbound ferry waited outside the river channel, something I’ve often noticed when sailing. 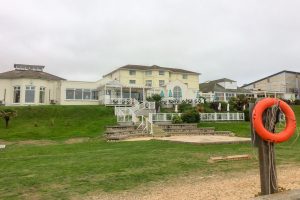 In Yarmouth I ignored the hot croissant smells from various coffee shops and started to walk west out of town and onto the coast path. Keeping to the shore took me past the Norton Grange Coastal Village (a chalet resort “for grown ups”) and the Boat House cafe (both of which I’d seen from Seatern) and on to Fort Victoria. The “Marine Aquarium” appears to have become a Reptilarium, and the Planetarium, which houses a Robert Hooke exhibition, was closed, so I continued on the coast path into the country park woods. 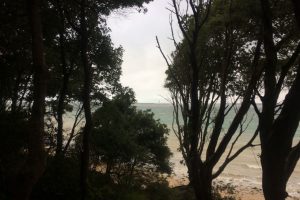 Hurst Point through the trees

Almost immediately there were views of Hurst Point through the trees, with Corsican Pines providing a foreign feel. Although the day was grey and drizzle threatened, the air was warm. I kept to paths shoreward of the main coastal path which probably in winter are muddy and slippery but, after all the hot weather, were still firm. I met nobody and, together with the views,  was reminded of a previous walk in Nova Scotia in woodland beside the Bay of Fundy. On that occasion there had been fresh snow and the only tracks were my own. Only afterwards did I discover that the park was officially closed due to the snow! 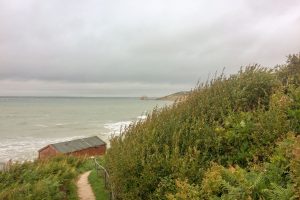 Towards Fort Albert from Colwell Bay

Sadly the woodland gives way to a private, chalet development at the Cliff End battery which is above the equally private Fort Albert. The coast path follows tracks and lanes before finally being permitted to enter a different section of the chalets at Linstone Chine Holiday Village. Fortunately the schools have gone back and the roughly tarmac’d lanes were quiet with blackberries in the hedgerows. With an incoming spring tide I didn’t risk going down Brambles Chine to walk along the beach, so had to use a short length of “main road” and then a residential road to get to the end of the beach promenade at Colwell Bay. 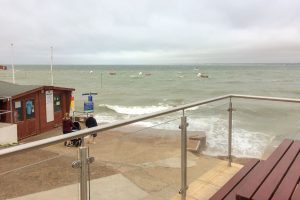 For lunch I was tempted by a delicious, large apple tart with cream in the cafe at Colwell Bay, eaten at a table overlooking the shore. An Environment Agency chap was sampling the batheing water (lots of sand in it today!) and I later had a conversation with him about sea level rise. After I carried along the promenade towards Totland Bay. 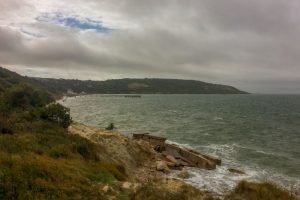 Totland Bay and, distant, the Needles.

According to the information board the promenade between Colwell and Totland was cut by a landslide in 2012 and the path not reopened until 2015. From the landslip area you can see Totland Bay and, in the distance, the Needles. I continued down onto the start of the Totland Bay promenade but spray was flying over it, so rather than getting wet I turned back. 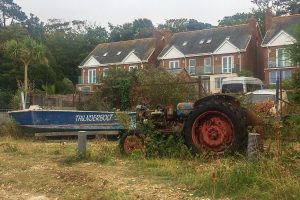 Trips to view the Needles?

Going back meant retracing my steps. Near the Boat House cafe at Norton there is an old “Thunderbolt” speedboat and, I assume, the tractor used to launch it. Through the Fort Victoria woods I stuck to the official Coastal Path which follows the old Military Road. In Yarmouth I spent the time before the next (1505) ferry in the Fort which is right by, and forms part of, the ferry terminal. It’s English Heritage so I used my membership. 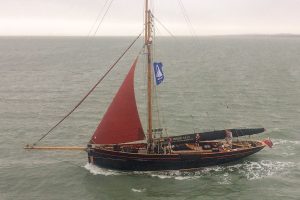 On the voyage back to the mainland we looked down on the Royal Lymington Yacht Club starting platform; on Seatern it is above me! Then, coming out of the river was the Jolie Brise, a nice end to the day!