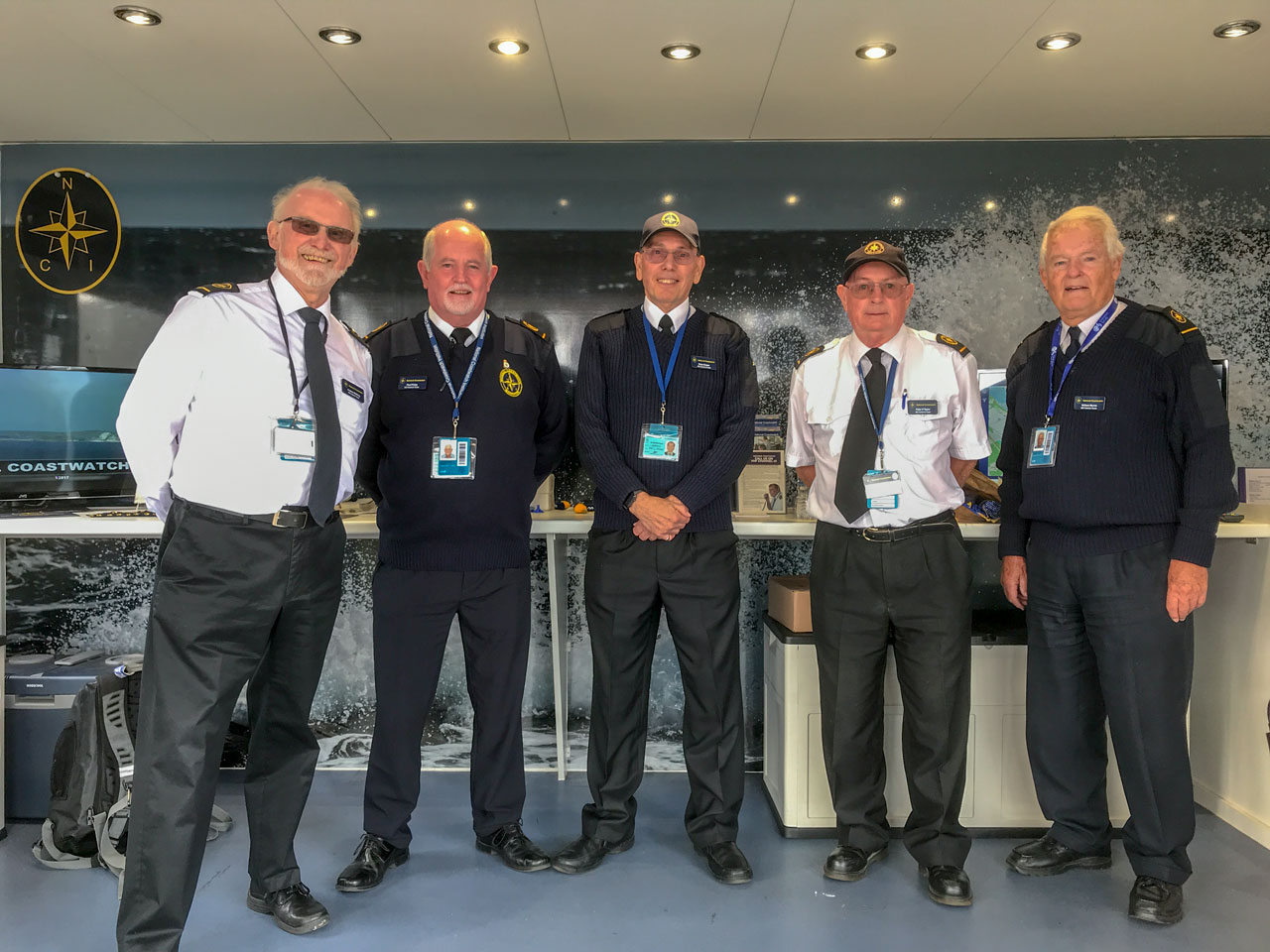 I was one of 6 Watchkeepers from NCI Calshot tower manning the NCI stand at the Southampton Boat Show. The NCI mobile display was much better situated this year opposite the trees and grassy bank which used to be the side of the childrens play area. As a result, we had lots of interest from visitors using the walkway towards the marina. Given that it was the first Sunday there were lots of families and we managed to attract some visitors by offering their children NCI balloons!

It was a warm, sunny day and two or three stands towards the marina the Mr Whippy ice cream van was doing a good trade with substantial queues. His prices for drinks and bottled water, as well as his ice cream, were surprisingly reasonable. When things quietened down towards the show close he came to chat and we discovered why! He has held the year-round Mayflower Park ice-cream van concession for many years, possibly even predating the Boat Show. So he doesn’t have to pay for a Boat Show pitch and each year the Boat Show comes and then goes while his van trades on in the park! Apparently his prices during the Boat Show are higher – but only by 10p.

During the afternoon a Mermaid came by in a bubble shaped machine which was itself blowing bubbles! We hoped she got plenty of fish for her efforts since it must be hot inside given the unseasonably hot weather. 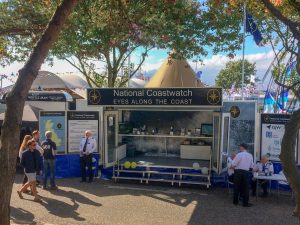 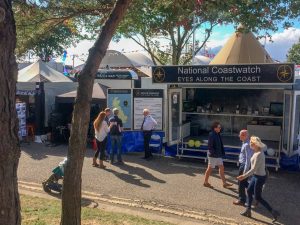 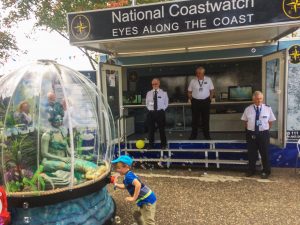 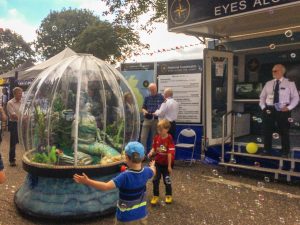 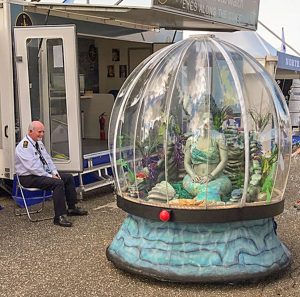 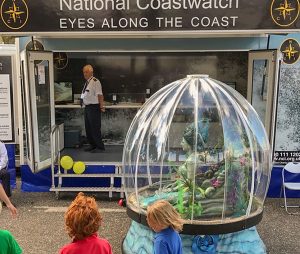