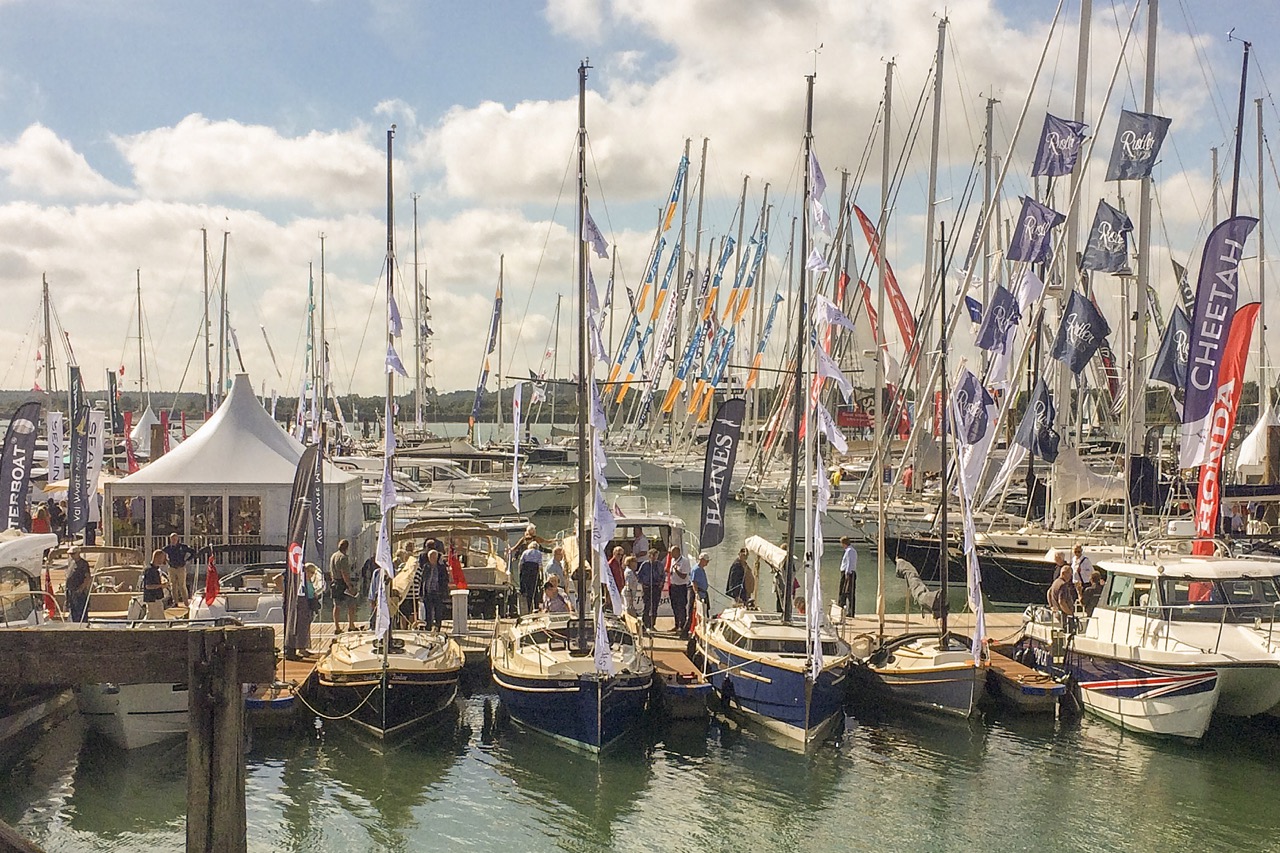 I made use of my “aged Southampton resident’s” free entry to the Boat Show to have a more leisurely wander around than was possible on Sunday when I was on the NCI Stand. I had a longish chat on the Shannon lifeboat with the Shoreham Lifeboat engineer who was on board. I also visited the RV Callista where I was surprised to find a Met Office display about the Voluntary Observing Ships system, and even more surprised to see it mention the VOS-Clim operation which I’d set up at the end of the 1980’s – I thought that that was long dead and buried.

Apparently all the interest at Swallow Boats is centred on the new Coast 250 with it’s powerful centrally situated outboard motor and ability to plane at 15 kts when motoring. According to Matt there is no “hump”, rather the acceleration is linear as more power is applied. In that respect she resembles the Seafly which has a smooth transition from displacement to planing, as opposed to the Lightning 368 single-hander which I used to have which was either planing or not planing.

Talking of the Seafly, as I left the show yesterday I had a chat with John Claridge. He is still very happy with sailing the Seafly and says that now they are managing to give the Merlin Rockets at Lymington strong competition when sailing upwind as well as when planing away. 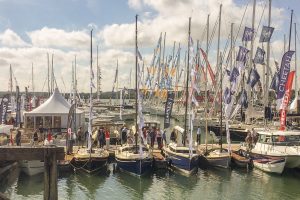 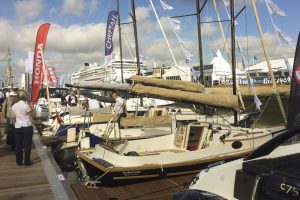 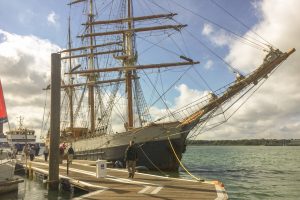 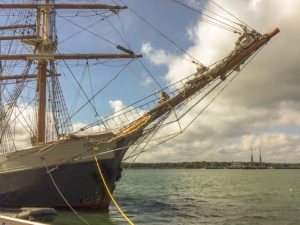 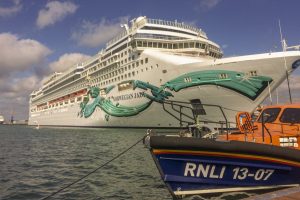 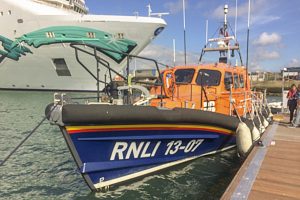