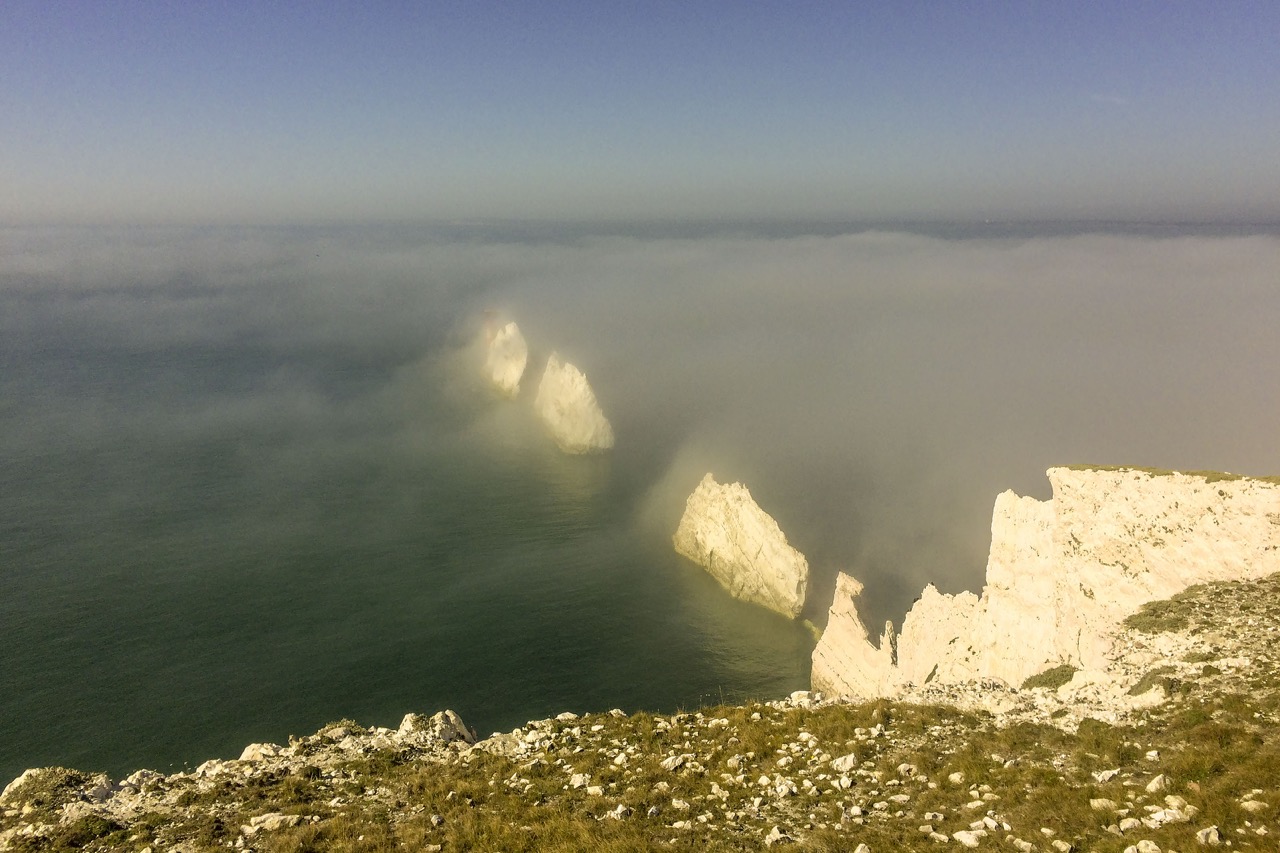 The last few days of the Boat Show were marked by rain and lots of wind but then the following week, summer returned! On Wednesday (26th) I took advantage of a flat calm, sunny day to careen the Seafly and clean off the summer’s growth. The following day started foggy and, having planned to go across to the Isle of Wight, I started early to drive to Lymington with the result that I just caught the 0745 ferry. Apparently there had been doubt whether it would sail and all the way to Yarmouth we were in fog with lookouts posted on the Bridge and the foghorn sounding. Visibility was next to nothing and I was glad I was not sailing Seatern. 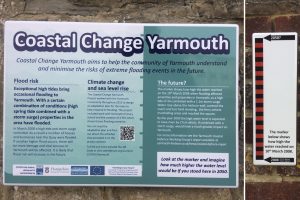 CCatch Flood Board and indicator

I had planned to catch the open-topped “Breezer” bus up to the Needles Batteries but when I checked the times at the Bus Station I realised there would be a 0850 no. 7 bus which would take me to the “Needles Landmark Attraction” at Alum Bay. There was time for a short wander around Yarmouth and I saw that the Donald Searle, a sail training ketch, was moored up. I also spotted a flood information board put in place by CCATCH – the EU funded project which paid for property level flood protection for my house! 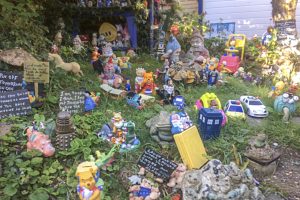 I had been in the front seat at the top of a bus for years! The bus meandered through Freshwater and Totland before arriving at the Alum Bay cliff top at about 0920. The “Needles Landmark Attraction” was still to open; it seemed like a dreadful out of season amusement arcade and to be left as soon as possible. On the uphill walk to the Batteries, I passed a typical Isle of Wight garden and wondered how they cut the grass! 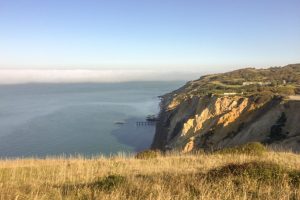 Looking back at Alum Bay the morning fog bank obscured the mainland. With the National Trust owned batteries still to open, the headland appeared deserted apart from a couple of hikers. I called at the NCI Station only to find they were having their annual DFS* assessment but the Assessor and Station Manager allowed me to have a look inside and talk to the watchkeepers. 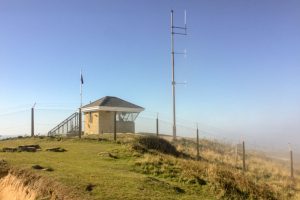 Needles NCI is in a two story building set inside a gun emplacement which was presumably part of the New Battery. What I’d previously thought was the NCI station is the Signal Station inside the Old Battery, now a National Trust 1940’s style tea room! 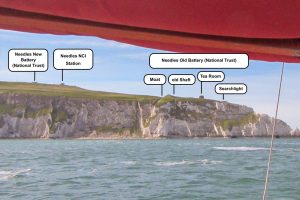 Structures on the Needles Headland

Indeed, I can now identify the various structures on the headland as seen from Seatern back in June. The rocket test site is hidden on the other side of the headland behind the position of the New Battery. 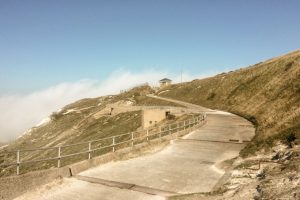 Having visited the NCI station I looked at the rocket motor test site from which a view point provided a very good view of the Needles. Soon after the fog rolled in below and all views disappeared! The control rooms for the test site were housed below ground in the New Battery. It didn’t open until 11 so I went down to the Old Battery for a very welcome pot of tea and delicious slice of cake from the Tea Room. 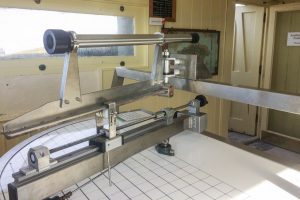 The  searchlight chamber, reached by a tunnel, gives the closest view of the Needles (still lost in fog) while the position finding cell had a range and bearing instrument which would be useful at NCI stations if it were not so bulky (and I suspect, difficult to align). Just as I was about to leave the Old Battery the fog rolled back for a magical moment or two to reveal the Needles below (top photo).

By now the day was hot and sunny. I climbed back up hill to the New Battery to view the exhibition about the rocket test site. People were marvelling at the “primitive” electronics equipment – much of a type I can remember using! 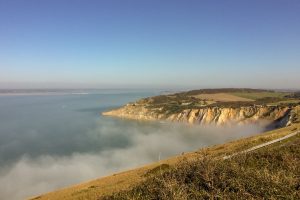 Alum Bay and the eastern Solent from New Battery

By now there was a glorious view of the approaches to the eastern Solent. However there must have been many occasions when the Old and New Batteries would have been useless due to cloud or fog obscuring the view from the headland. Presumably that was why a shaft was sunk from the Old Battery to a lower firing position and why the Albert and Victoria Forts were constructed (in addition to Hurst Castle on the Spit). 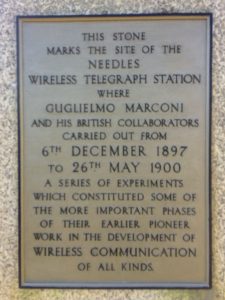 I walked back down to the “Needles Landmark Experience” which was now full of people from cars and coaches. So sad if they don’t manage to go up the hill and see the Needles properly. Amongst all the tat there is a Memorial to the Marconi Wireless Telegraph Station; something I didn’t know existed.

The bus back to Yarmouth just connected with the 1405 ferry so, with tired legs, I hurried to catch that rather than spend more time in the town.

*Declared Facility Status – that is the station is a recognised part of the national Search and Rescue system.