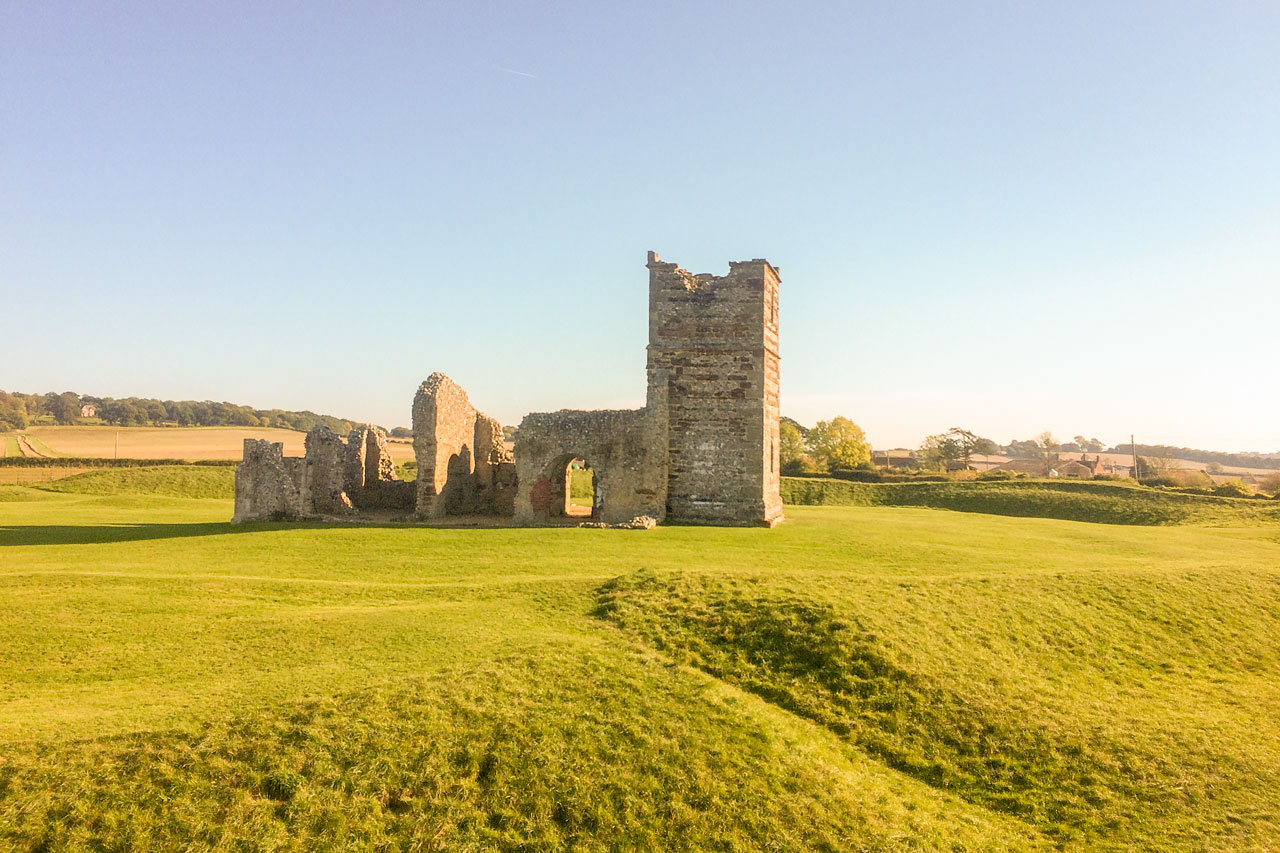 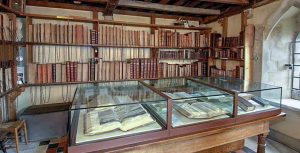 The last time I went to Wimborne with friend, Zoe Shelley, it was too late in the autumn and the chained library in the Minster was not open. We planned to go again when the library would be open and, with another autumn approaching, settled on the 10th October for a visit to Wimborne and Kingston Lacy. In the event, commitments and illness meant neither Jon nor Zoe could come and only Wendy Leeks and myself made the trip. 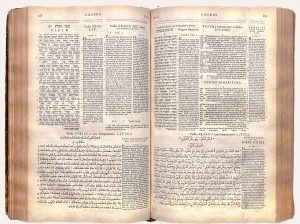 To my mind the chained library was rather upstaged by a volume of Walton’s Polyglot Bible displayed open in the glass case. The Bible is shown with each paragraph printed side by side using texts from Latin, Greek, Hebrew, Aramaic, Syriac, Arabic, Persian, Ethiopic, and Samaritan versions all on the same page! In some cases the latin translation was printed above the “foreign script version”. This reminded me of using “od -bc” in unix to produce a file dump in octal and ascii! The photo, which I’ve edited from web sources, gives an idea of what a page is like and what a task it was to compile and print it! I really didn’t previously know that such things existed. Curiously their volumes of Walton’s were not chained up so it can’t have been popular reading amongst the Wimborne public! Look at https://publications.newberry.org/polyglot/#inter-London for more information. 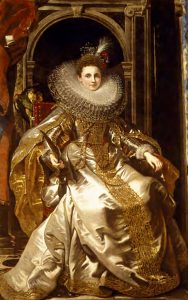 After Wimborne (and a tasty but rather-slow-to-arrive lunch from the bakery near the Minster), we went on to Kingston Lacy. They now have a timed entry system for visiting the house which seemed a nuisance, but which meant it was beautifully uncrowded inside. I’m sure that Wendy’s expert art knowledge resulted in more attention from the guides who shone torches on the art works to overcome the subdued light in the rooms. (An illustrated list of the paintings in the amazing art collection was available on the National Trust web site at www.nationaltrust.org.uk/kingston-lacy/documents/kingston-lacy-picture-list.pdf before they reorganised it). In the saloon the fireplace has a spectacular Rubens to either side with, below those, the Four Elements painted by Brueghel on copper – and that’s just one bit of one wall!

On the way back we visited the church at Knowlton rings. I’d meant to show it to Zoe but It’s nearer to Wimborne than I’d remembered so we missed the turn – this time I used sat-nav! With the ruined church set in an ancient henge, it always seems a magical place to me. Whenever I’ve visited there has always been one or two other people there too, so I think others must feel the same way.