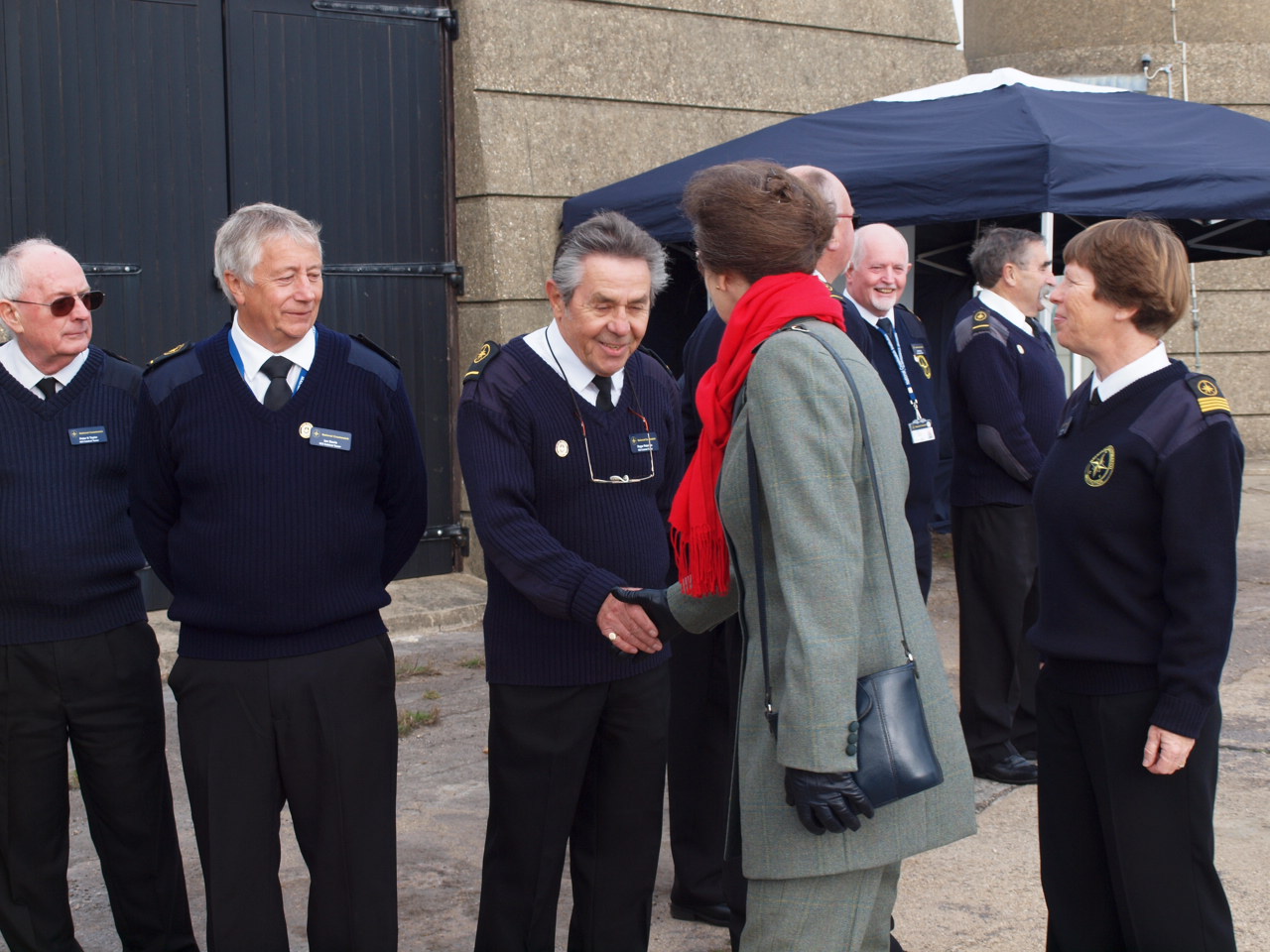 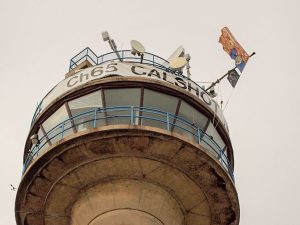 HRH The Princess Royal, Princess Anne, Patron of the National Coastwatch Institute visited NCI Calshot on 25th October. We were all on parade outside the Station and fortunately the weather was dry and not too cold! My main contribution came after the event in getting a large collection of photos taken by Mike Ford (Yachting Journalists Association) plus photos from watchkeepers collated and displayed on the NCI Calshot “Blog”. 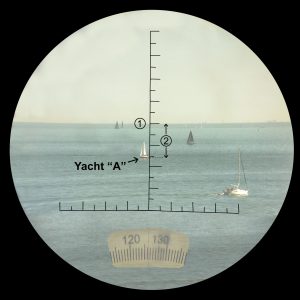 View through the binoculars demonstrating the method.

I had to take time out from photo sorting because I’d arranged to go to NCI Hengistbury Head on the 26th to demonstrate using marine binoculars for range finding. The idea is to use the vertical reticle in the binoculars to estimate the number of units, and fractions of a unit, a vessel is below the horizon. 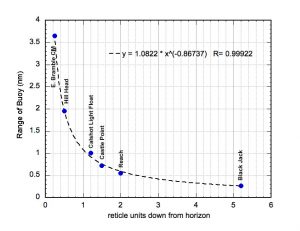 Empirical calibration of the Reticle.

I tested the method at NCI Calshot where there is very little clear horizon due the the Isle of Wight to the south. However for the relatively small number of suitable buoys, I was able to use an empirical calibration to estimate positions with a scatter of 0.4 cables or less. This is for buoys within about 2km, for distances over 3km or so the fore-shortening is very great. 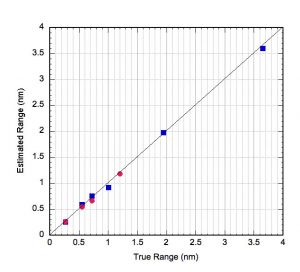 The calibration points and, in red, independent range estimates.

Initially I’d hand-held the binoculars but on a second day I took a tripod up to the Tower ops. room and did some independent readings for the buoys. Disappointingly I could not get the tripod set up so that one could pan away from the area of clear horizon and estimate distances for other buoys. I’m not sure what the problem was.

While I was at Hengistbury Head an AIS reading gave the training ship Prolific as at 2.2nm. A quick reading of the reticle was 0.6 units. If one scales the “range v units” table for Calshot by the ratio of observer heights at the two stations the result is 2nm. Not as good as I might have hoped but close enough for the lifeboat to see the vessel!

I’m wondering if a better method may be to combine a rifle sighting scope with a digital inclinometer. Then one could relate the viewing angle to the range without needing the horizon (which might be obscured by land, haze or fog, or by refraction). That might be a method we could use at Calshot.