21st January: Eclipse of the Moon 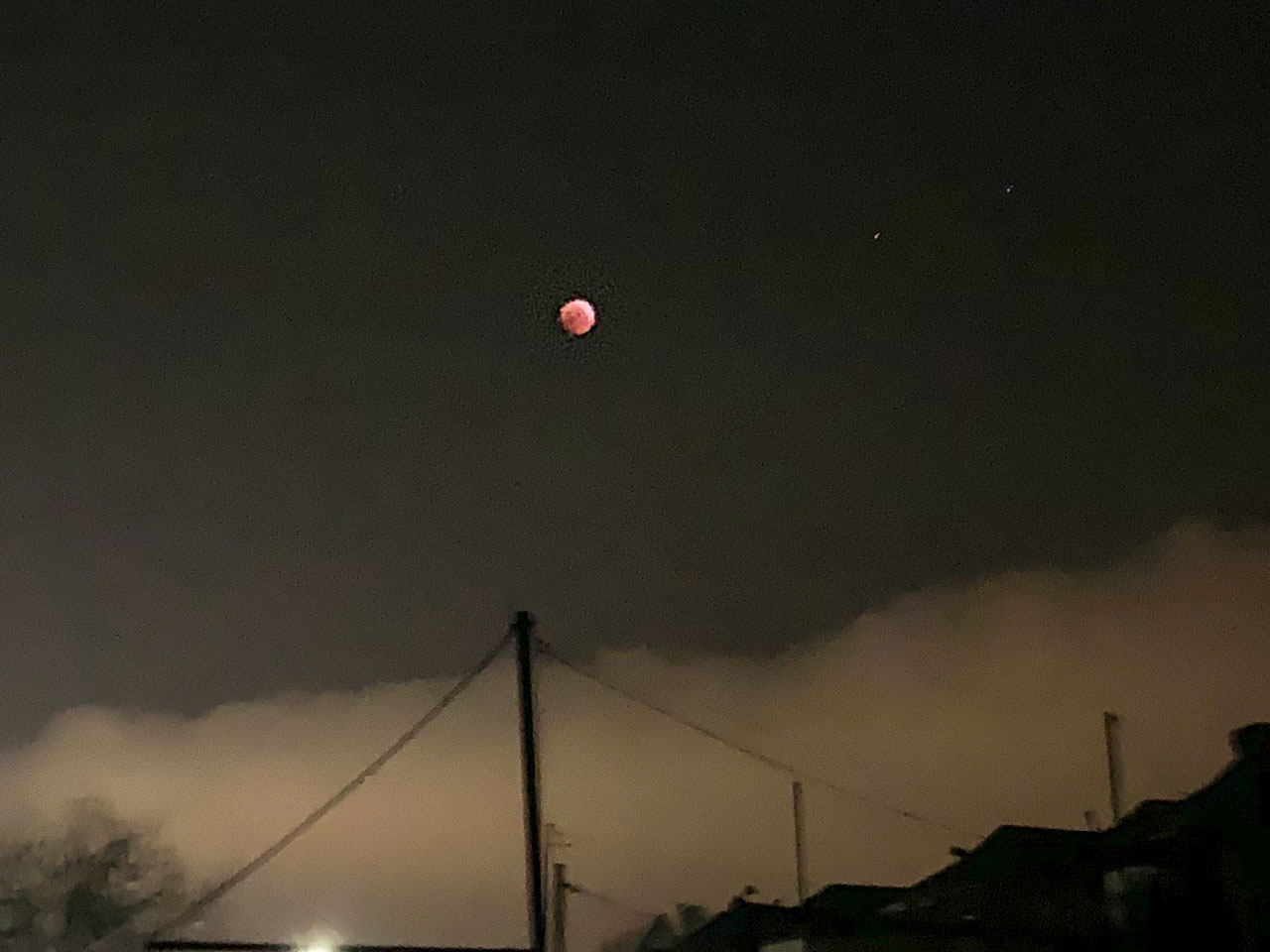 A total eclipse of the moon occurred overnight with totality between 0440 and 0540. The weather forecast didn’t look promising but, as so often these days, I woke up in the house early (at about 0330), so I looked out to see only a thin layer of broken stratocumulus. From the back garden the partially “devoured” moon was visible through the clouds so I decided to go onto Seatern which is moored at the jetty. There I could watch the eclipse through the starboard cabin window. As totality approached I stood in the forward hatch opening which allowed me to view the moon while keeping most of my body in the warmth of the cabin. Miraculously, the clouds cleared giving a good view during the period of total eclipse.

While it was interesting to see the moon gradually go into shadow, I have to admit that the effect during totality was under-whelming! Most of the moon appeared dark with only a tinge of red to some parts. It did not encourage me to go to the effort of setting up a camera on a tripod with a large telephoto lens. On the other hand hand-holding my normal SLT camera with it’s wide range zoom was hopeless given the lack of light.  However, I tried using my iphone and that gave an image if small… the capabilities of smart phone cameras nowadays really is amazing! Looking at the photo data it was simulating ISO 3200, f1.8, 2.3EV and 0.25s.

Curiously the moon appears more red in the photos than it did to my naked eye. Here is a sequence, not all taken from the same place but rather on Seatern, or the jetty, or the back garden. 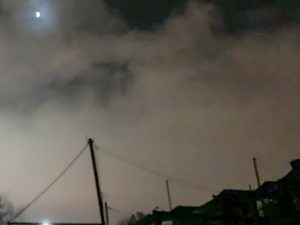 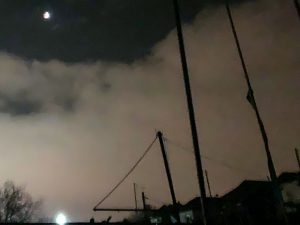 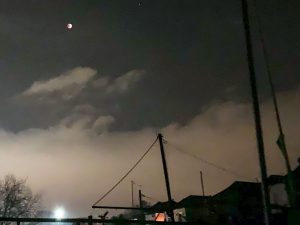 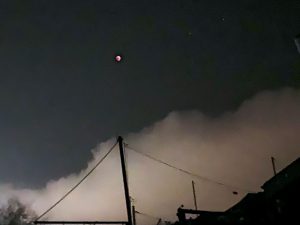 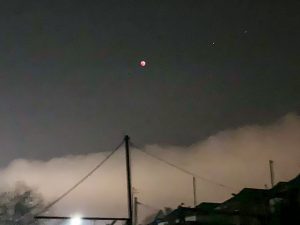 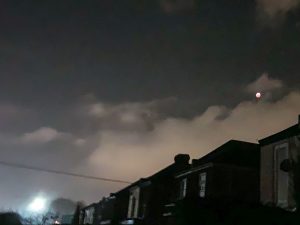