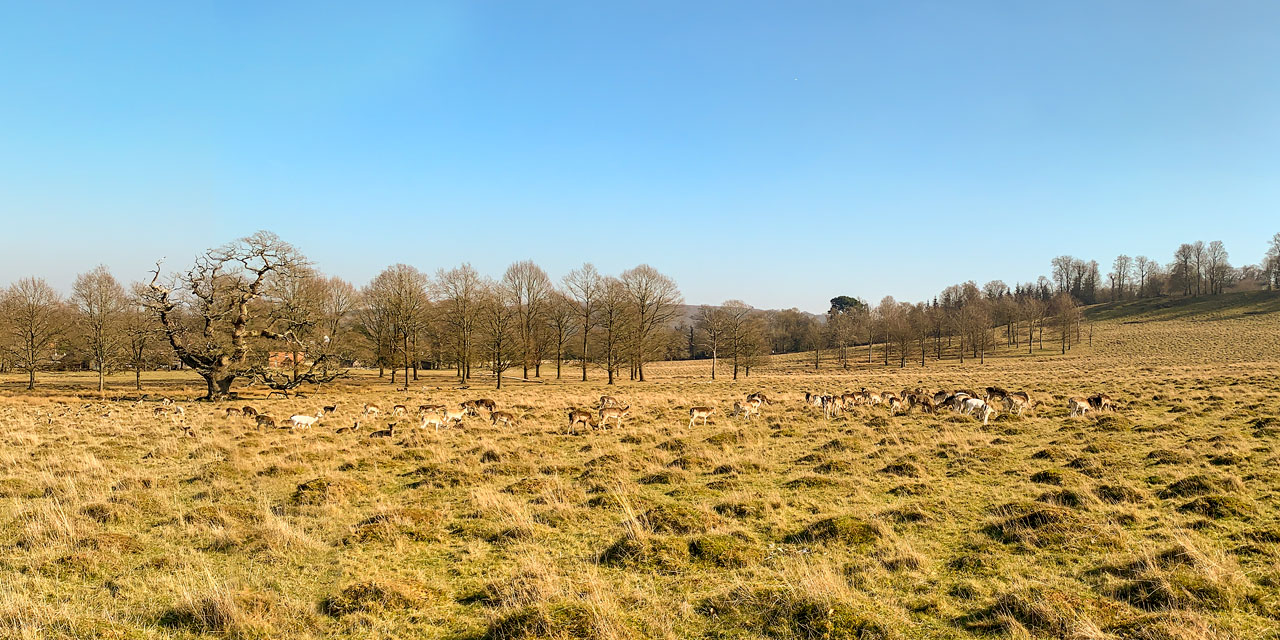 A trip out with Jon, Zoe, and Wendy to Petworth House. We all visited the North Gallery which is the only part of the main house freely open during winter, but still an impressive art collection especially when enhanced by Wendy’s artistic knowledge. Then, after lunch, Jon and Wendy visited the “Prized Possessions” exhibition of Dutch paintings, and Zoe went into Petworth to visit the charity shops.

I was heading to the deer park but, before that, accidentally stumbled into a section of the Dutch exhibition where one was supposed to have a timed ticket. However I was actually meaning to get out into the deer park so didn’t really realise where I was or look carefully at the paintings! 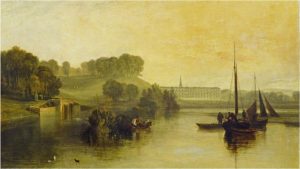 We quite often went to the Petworth deer park when I was living with Nicky in Chiddingfold and I was keen to see it once again. Of course, little has changed – the last major change must have been the “Michael Fish Hurricane” when quite a few of the established trees were lost or damaged.

Indeed comparing a painting by Turner in 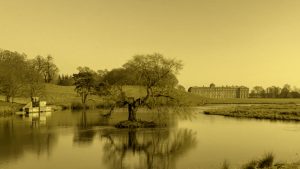 1810 to one of my photos (adjusted using photoshop!) the main changes apart from the sailing boats (unlikely even in Turner’s day?) is the spire on the church behind the Petworth house. Ironically the spire didn’t exist in 1810 but was added to the painting by Turner in 1827, after the spire had been built. Apparently the spire leant to one side and was considered unsafe and demolished in 1947!

I first sighted the largish group of deer from the brow of the ridge beyond the lake. They were browsing in the area south of the small pond where we once photographed the ducks and swans one winter when the pond was frozen. 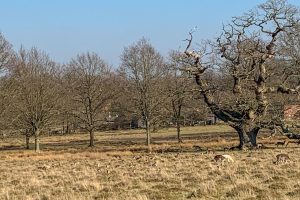 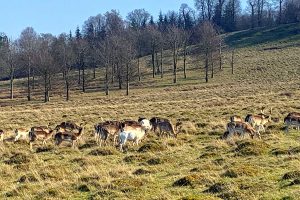 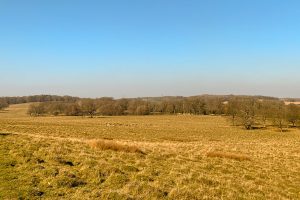 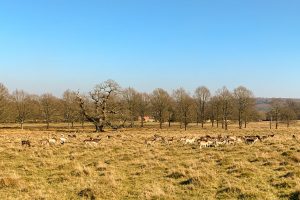 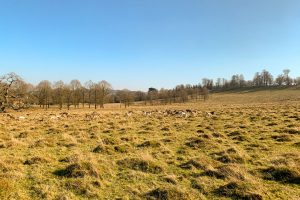 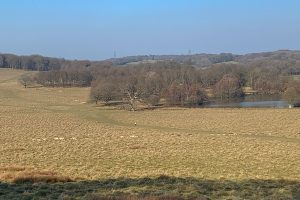 By walking past the deer along the path and then spiralling in towards them I managed to get reasonably close. However, after I had left and climbed back up to the beech tree clump on the ridge, two girls tried walking directly at the deer and the herd decided to head off towards the less frequented west side of the park.

I started to return towards Petworth House via the west side of the lake but discovered that the path through the fenced area at the north end of the lake was accessible so I took that in the hope of seeing the inside of the boathouse. Unfortunately the doors were locked and the bars covered with metal sheets  – it’s a pity since it used to look good inside, a bit Swallows and Amazons.

We all met up in the Courtyard where some of our party were sipping wine! The journey back was via the A3 and the M27 but I cut down to the A27 at the Hamble roundabout so as to avoid the St Denys Road evening traffic jam and that worked well.