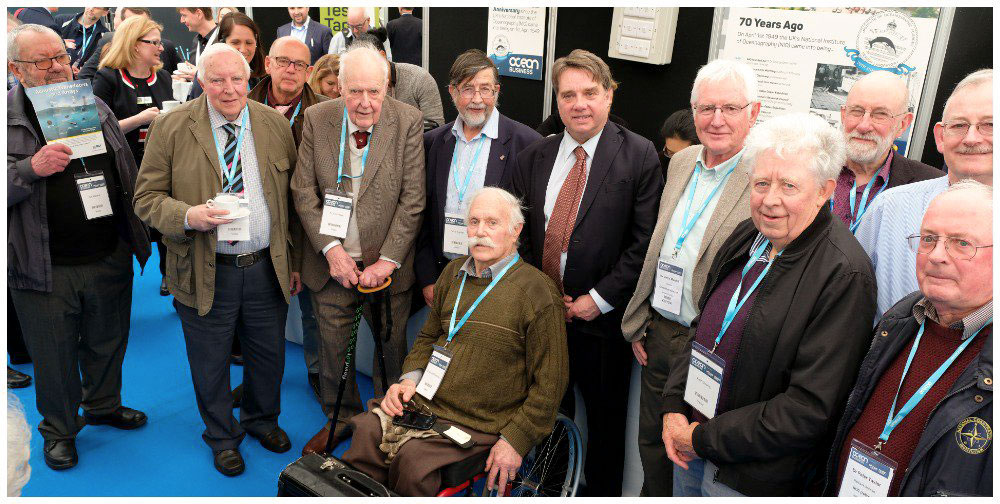 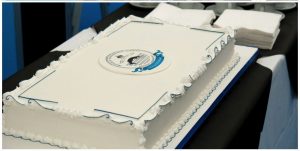 Apparently it’s 70 years since the National Institute of Oceanography was founded (on 1st April 1949) and it happened that this year’s “Ocean Business” Conference and Exhibition was being held at the National Oceanography Centre in Southampton on the 9th to 11th April. Over time NIO underwent a series of reorganisations and name changes, finally becoming part of the NOC. Along with various others who had worked at NIO when it still was NIO I was invited to attend the exhibition for a celebration of the anniversary. 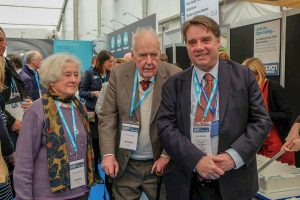 The main event was a ceremonial cake cutting which was performed by James Crease, Margaret Seward, and Ed Hill. Jim Crease was Head of Computing when I was first involved with NIO as a student in 1968 and Head of Marine Physics when I joined the NIO in 1972. Margaret Seward is an Historian of Oceanography and daughter of the first Director of NIO, Sir George Deacon. Ed Hill is the present Director of the NOC. 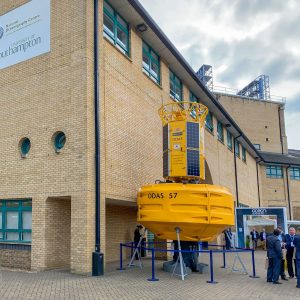 I was amazed at how large the Ocean Business event has become with it’s own entrance into the NOC, two large marquees on the dockside, and a small finger marina for workboats and ROV demonstrations. I visited the Gill Instruments stand had a chat with Murree Sims, their Senior Technical Support Engineer. Surprisingly he knew about the early work Margaret Yelland and I did with Gill in the 1990’s and also of the wind flow distortion work led by Ben Moat.