13th May: Round the Shingles 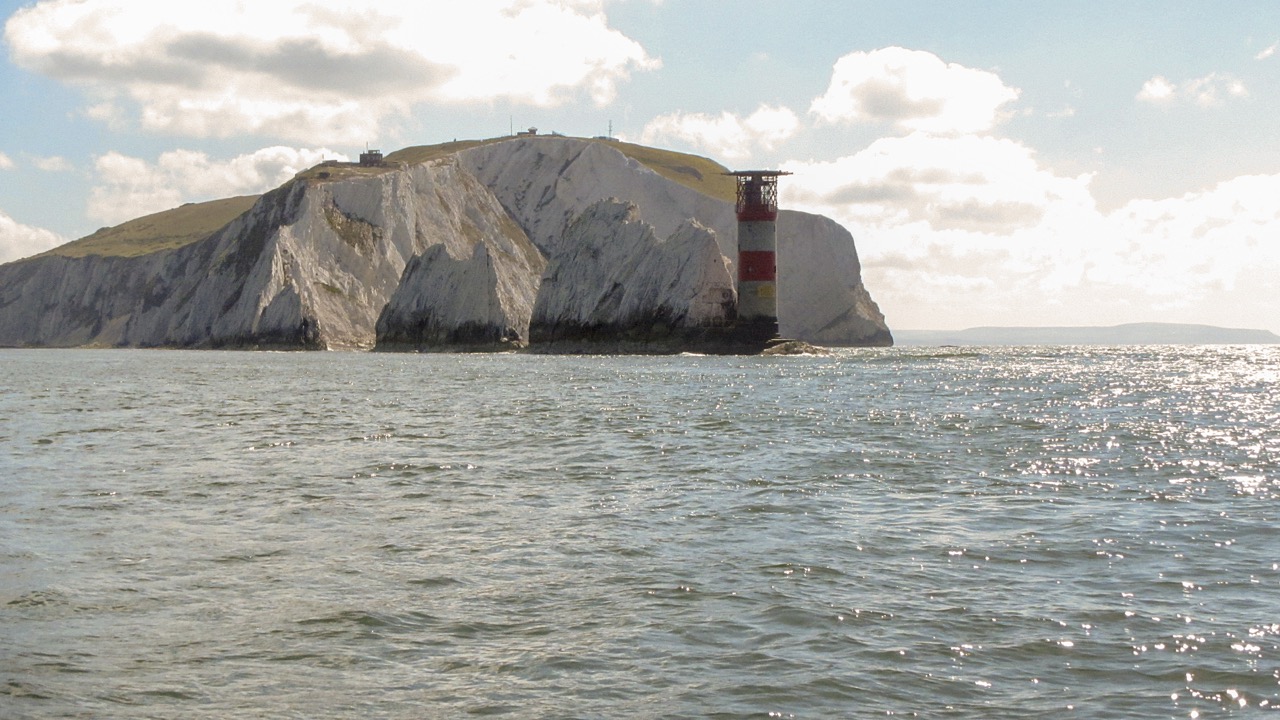 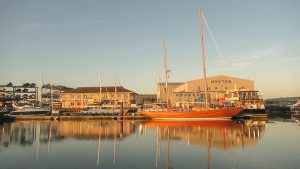 Left jetty at 0533 on a beautiful calm morning. A fine, varnished ketch is being fitted out at Saxon Wharf. As we passed, to port I just caught a glimpse of the curved back of a seal slipping underwater. Back to starboard, and also at Saxon Wharf,  the floating dock office proclaiming “Welcome to Ocean Village Marina” made me do a double take!

Seatern was at the actual Ocean Village Marina by 0611 and, with an light easterly wind picking up, hosted main and jib while over Weston Shelf before having breakfast. 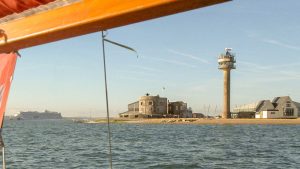 Approaching the Esso jetties outside the greens, there was a Red Funnel ferry between the Deans Lake and Cadland buoys outbound, and the Aida Perla at Prince Consort buoy inbound with Blade Runner 2 planning to follow her in as far as Fawley. Wanting to be able to enter the western Solent I decided to do something of a ferry glide across towards the Esso jetties and was off Calshot and outside the reds by the time SP (the Harbour Masters launch) arrived ahead of the Aida Perla. 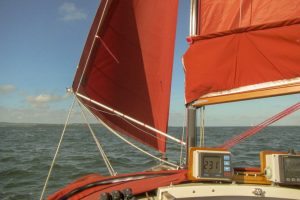 It was more or less a dead run down the western Solent. I wondered about setting the asymmetric but it was still earlyish in the morning and they’d mentioned force 5 in the forecast so, at around 0812 off Cadland House, I unfurled the mizzen and goose-winged the jib. In any case, Seatern was doing 6 to 7 kts over the ground although a knot or two of that was due to the ebbing tide. 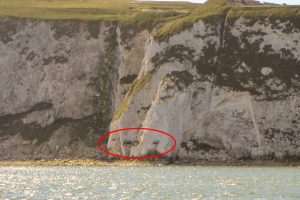 With both wind and tide still west going, Hurst Narrows, at 0940, was as calm as I’ve ever seen it. Nearing the Needles, I managed to pick out the hidden firing galleries recently featured on an edition of “Coast” on TV. Built in Victorian times they were accessed by a lift shaft from the Old Battery above.

Needles NCI had announced their present weather on ch.65 saying that sea state over the Bridge was slight, i.e. 0.5m to 1.25m (1’8″ – 4′). They were right… I reckon the waves were around 3′ and steep but Seatern rode them well. I’m impressed how dry Seatern is in the, admittedly, relatively small waves of the Solent and surrounding seas (at least small when I’m out sailing!).

I was tempted to sail out and round the Needles Fairway Buoy but by 1030 it was still another half hour out to it. Bearing in mind that it would be a beat back up the western Solent I decided to turn northwards past the SW Shingles buoy, sail in towards the coast at Milford on Sea, and then return up the North Channel. The wind was starting to pick up and at 1125 I put in a precautionary reef. Having tacked to parallel the coast at 1140, at 1150 I furled the Mizzen. 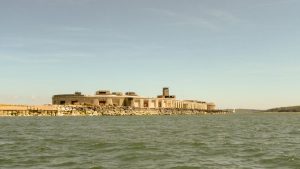 The wind was increasing towards the promised force 5 and, with wind against tide, I didn’t fancy tacking up the North Channel and through Hurst Narrows so at around noon I furled the sails and started Dai. By 1210 Seatern was off Milford on Sea and by 1230 we were approaching The Trap.  Despite its ominous name and reputation, on this occasion sticking close to the Hurst shore kept Seatern in smooth water whilst there were breakers further out in the Narrows.

With the prospect of beating against a force 5, albeit with the current, I was thinking I might end up motoring the length of the western Solent. However once past Hurst Narrows the wind subsided. As I continued to motor until past Yarmouth the wind continued to decrease; by 1310 Seatern was sailing with one reef and by 1320 under full main and jib. I’ve often noted stronger winds in the region of Hurst, possibly it’s a headland effect from Sconce Point? The Bramble Met post data don’t show the strong winds I experience in the North Channel, however they do show the wind decreasing in the afternoon.

A long starboard tack was taking Seatern towards Sowley Barrier but I noticed that a Cornish Shrimper, which had been a little way ahead, was now far ahead! Clearly there was more current and/or wind on the Isle of Wight side of the Solent so I tacked back there and, for the rest of the way back to Lepe, used short tacks to keep Seatern in the current. 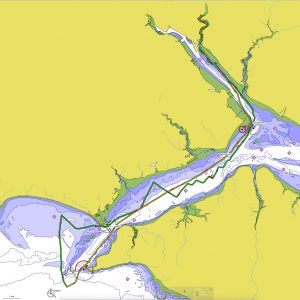 Near East Lepe, normal order was restored when I tacked well ahead of the Shrimper! The wind was now SE and from Lepe Spit I could hold a starboard beat along the northern edge of the Thorn Channel, and crossed to the green side between Castle Point and Reach. Soon after bearing away to run down Southampton Water I saw a capsized dinghy off towards the Coronation buoy. I headed up towards them with sails eased until I saw that they were upright and had refitted the boom to the gooseneck; they gave a wave of acknowledgement – it was an RS400 (I blame Nick Peters!).

Back on course I saw a catamaran capsize up ahead in the Hamble Spit area. I tried calling Calshot NCI on 65 to check that they had eyes on but got no reply. I wondered whether they were busy watching the “incident” but now realise it was around watch change-over time and maybe they didn’t hear my call. I’ve penned a note for the Bulletin suggesting greater vigilance!

During the trip I’d noticed the Tiller pilot making unusual noises and on the near-run down Southampton Water it was unable to hold Seatern on course. It was as if a clutch was slipping. I decided it would be sensible to furl the sails and lower the mast whilst still out in Southampton Water where there was plenty of sea room so at about 1630 off Netley I turned into the wind and started getting the sails down. However, once drifting, I realised it was quite choppy and decided to get into more shelter before lowering the mast.

Of course, once in the river Seatern became part of a procession of boats and, despite my moving outside the green side of the channel, the yacht behind followed me rather than plotting it’s own course. It was coming very slowly too and once opposite the old Thorneycroft quays, I had to circle round before it finally headed past me and I could start lowering the mast. All the distraction messed up my routine and I started lowering the mast without having attached the lower shrouds. As I discovered that, drifting up river with the mast off vertical and the boom swinging around, who should come heading up towards me but SP! I gave them a thumbs up although it must have looked far from a controlled situation! Twice Seatern was drifting close to the mooring poles near the water sports centre before I got things sorted.

In contrast getting the mast back up after coming under Northam Bridge went without incident. Seatern just drifted on the current and fortunately no rowers or other boats came along. Seatern was back at the jetty at 1815 after some 55.8nm over the ground, the fifth longest sail so far… not bad for a shakedown cruise!