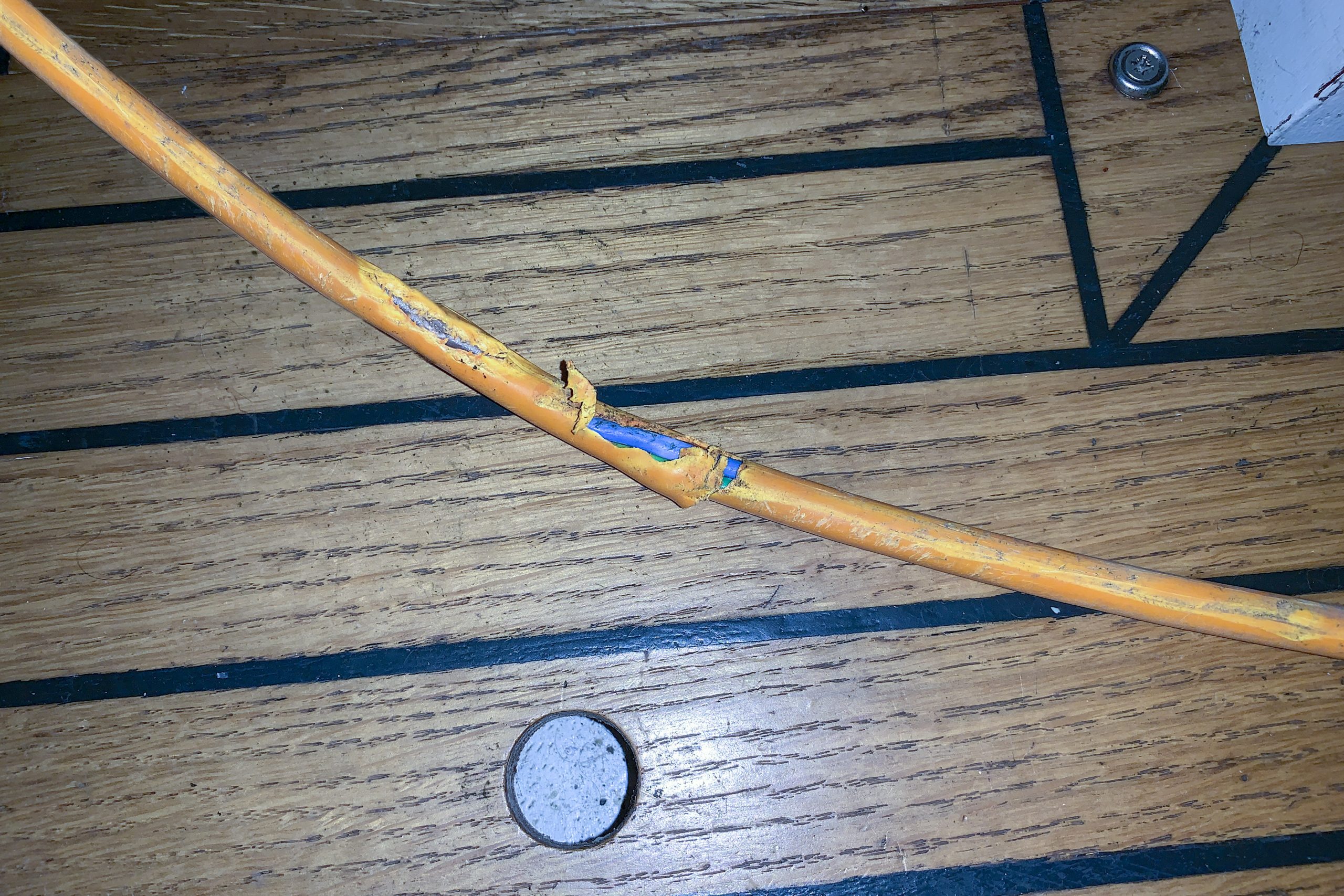 Monday evening, 25th November, and I fell asleep in front of the TV – something which often happens given that I wake up each day at a very early hour! I awoke disorientated because it was dark and the TV was off and began to think that there was a power cut.

However it turned out that the RCD on the house consumer unit had tripped. It reset at the second attempt and I decided to spend the rest of the evening on Seatern.

On the boat, it was only when I tried to charge my iphone via the USB outputs on the mains socket that I realised that the mains power to the jetty was off. The outside socket on the jetty is protected by an RCD in the shed which was chosen because it had a very low trip current. Nevertheless, usually the house RCD trips either before or simultaneously with the jetty RCD whilst the RCD on the shed’s own consumer unit tends not to trip (although it does test as OK). When I reset the jetty RCD the house RCD tripped again so I had discovered the source of the evening’s power cut!

To determine whether the problem was on the jetty or in Seatern I went to unplug the mains lead between the jetty and boat. The tide was particularly high and I discovered that the lead was stretched taught down into the water having caught up on something below the jetty. I left it disconnected at the jetty plug and in the morning, with the tide out, revered the lead and found the damage shown in the photo.

Having shortened the mains lead to remove the damaged section I reconnected Seatern and adjusted the cable length so that, hopefully, it will not catch up again! 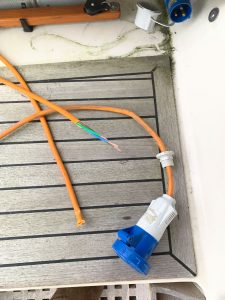 [Note added] Tuesday 10th December: My hope was not fulfilled. I was in the house having breakfast and watching the news on TV when the power went off. Out of the corner of my eye I saw Seatern’s mast swinging wildly. Going out to the jetty I found that the mains cable was cut through. The cable must have caught and have been pinning Seatern down as the tide came in. Good to know that the cable will break before Seatern disappears under water! Also that the spring cleat, around which I take a turn of the cable, did not pull out of the deck.

The photo shows the two ends of the cable exactly as found – I didn’t strip the inner wires. Fortunately there was enough spare cable for me to cut out a significant section away from the damage before making it good. In future I’ll make sure that the cable slack falls between Seatern and the fender board.