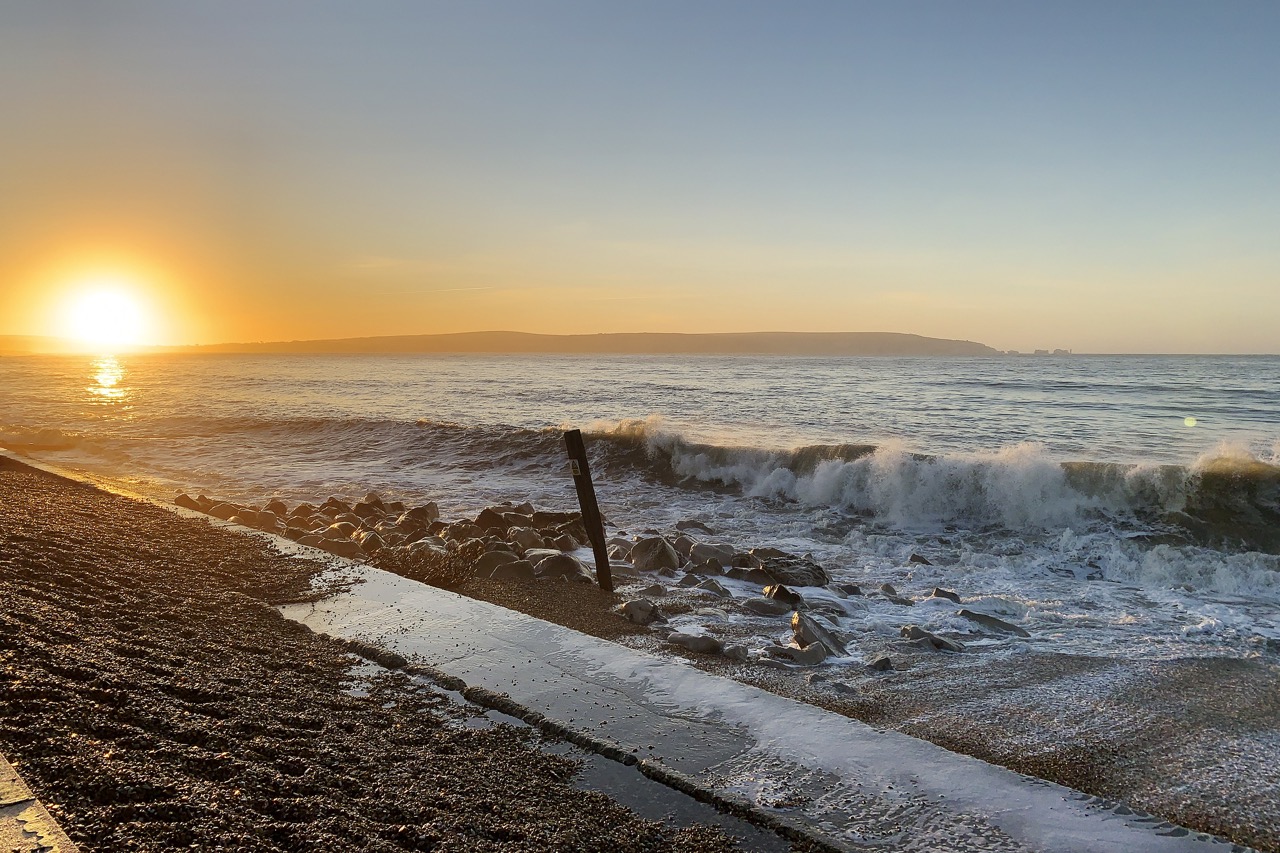 Sunrise Over The Isle Of Wight

Christmas Day and as a present from the weather gods, the first dry and sunny day for weeks! I usually go for a walk on Christmas morning and, with the New Forest water-logged after all the rain, I chose to walk from Milford-on-Sea along Hurst Spit, including the shingle hook at the end. 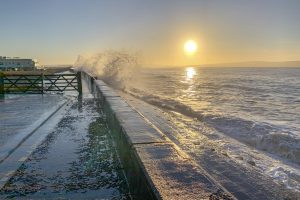 Swell ahead of the Boxing Day storm

I arrived at Milford as the sun was rising over the Isle of Wight to find a swell, presaging Boxing Day’s storm, crashing on the shore. Once on the Spit I was shocked at the amount of erosion, mainly on the salt marsh side. Along the west facing section that is not protected by the off-shore Shingles banks the autumn storm waves must have been breaking over the top of the spit and washing the shingle down on the landward side. The photos show what it was like… 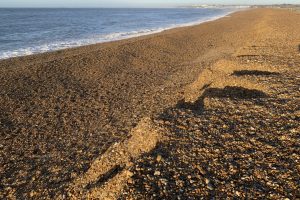 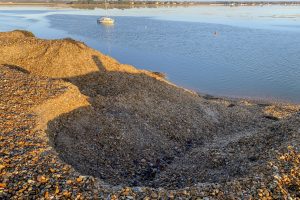 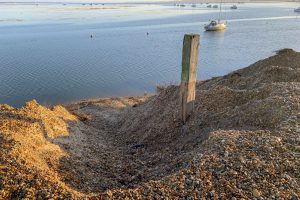 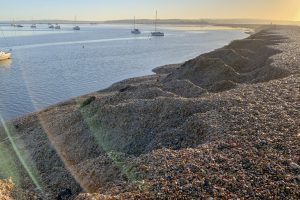 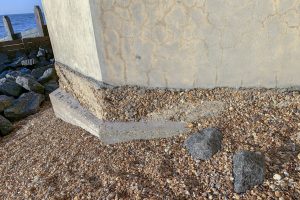 Erosion at the Castle

A big storm could breach the spit and it will have to be restored else the northern coast of the western Solent would become exposed to swell waves from the English Channel. There would be dire consequences for the salt marshes and huge erosion at places like Lepe beach.

The seaward side of Hurst Castle was fenced off because the sea has undermined the Castle footings. They are working to restore the beach there since, as I later learnt, part of the Castle has actually moved sideways due to the loss of foundations. 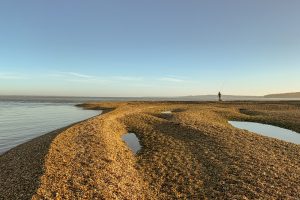 Fishing at the eastern point of the Spit

Despite the early hour, beyond the Castle a couple were cooking breakfast on a stove on the beach and beyond them a lone person was fishing. It’s probably a good place since the water was rushing past with convergence lines where nutrients would be stirred up. By throwing in a couple of sticks (the first one sank!) I estimated about 4 knots close to the beach – I took a short video. 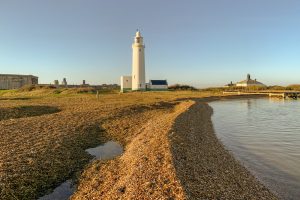 Looking Back At The Castle, Lighthouse, And Cottages

It’s quite a trek northwards along the shingle forming the hooked part of the Spit but I did it as a challenge and a way of justifying the lamb joint I was going to cook once back home!

Returning along the spit to Milford I was glad I had set out early. There were now parties of people out for their own Christmas morning walks and the earlier peace was no more!