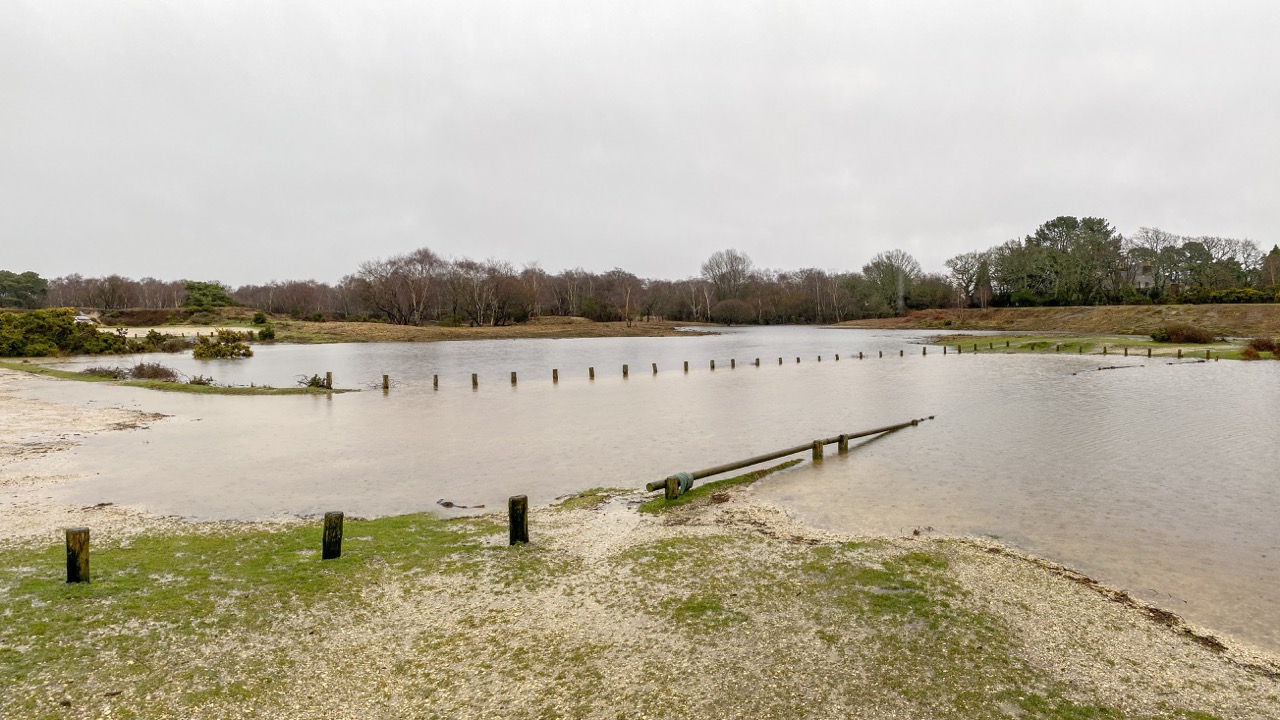 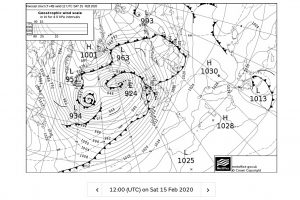 Another weekend, another named storm! Storm Dennis arrived on Saturday 15th February. I was on watch at NCI Stone Point and arriving there found that the previous watch only had the lee side shutter open. We kept it that way and even so, had a struggle to close it when we closed the station at 1500gmt; early because the park was being closed. 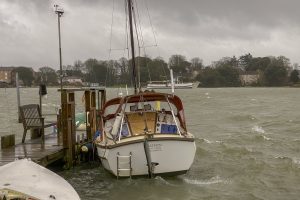 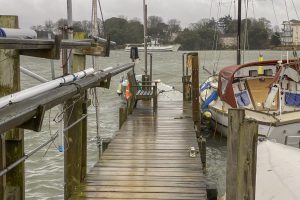 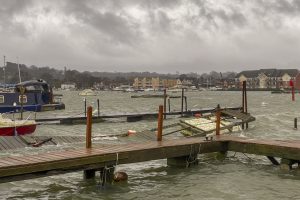 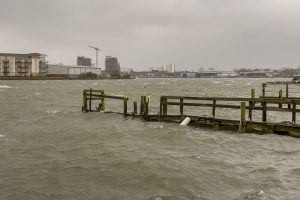 The Met Office had been forecasting the low centred south of Iceland to have a central pressure of 925mb (record N. Atlantic low was the Braer storm, January 1993, 913mb). With the Azores high extending over Spain and eastern Europe at 1025 – 1030 mb there was a strong westerly flow over the N Atlantic which was set to last some days. 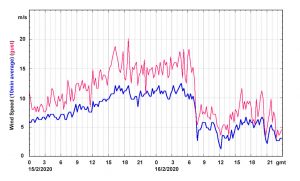 Storm Dennis was more notable for rain rather than wind. Even so average winds on the jetty peaked at 12.4m/s (24 kts) and the maximum gust was about 20m/s (39 kts). The afternoons 4.2m tide reached about 5m on the Woolston Tide Gauge.

When I got back from Lepe I checked Seatern and found that the central fender had become partially detached from the fender board meaning that Seatern was in danger of contacting the jetty as she rolled in the wind and waves. I wedged an extra fender between Seatern and the board and waited for the tide to go down. That meant that about 1900 that evening I was sitting on the foredeck in the dark and rain holding her away from the jetty while she settled on the mud. With the fender board swinging free I was able to reattach the fender and also check the pontoon lashings!

Lepe Country Park was not going to open until 12 noon on Sunday 16th at the earliest and the decision was made not to open the NCI Stone Point station. However when they announced that the park would be open in the afternoon, I  called back at Stone Point to check all was OK after our rather rapid close down the previous day.  I drove back via Setley Pond which proved not a good idea since I had to drive through some flood water near Brockenhurst. However I managed to survive. The pond was certainly well full with water extending right over the lower car park. 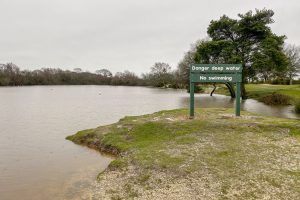 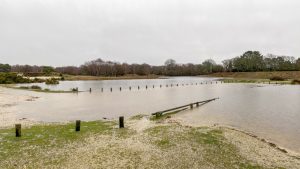 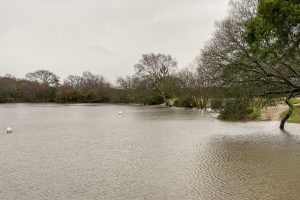 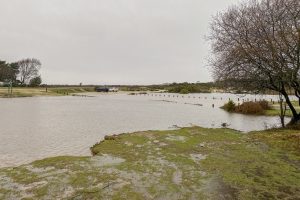