After rumours in the Sunday papers that over 70’s were going to be put under “House arrest” it was announced on Monday (16th) that we oldies, and others, just had to self-isolate. Nobody is supposed to do things like go to the pub or to cafes, although pubs and cafes are to stay open. Alice in Wonderland or what?

Anyway we are allowed to go out for exercise and I’ve been having quite a few walks in Riverside Park. On Monday there were more signs of storm damage and there was some tree surgery going on, fortunately just some major pollarding. Still a willow was demonstrating that “spring is here”. 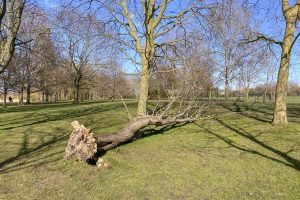 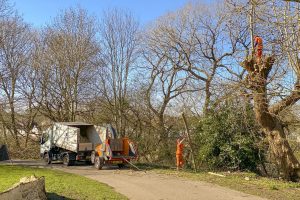 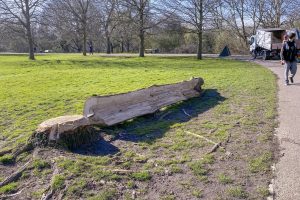 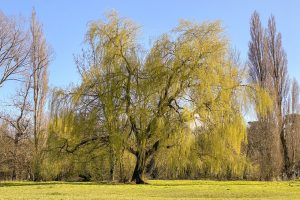 On Tuesday I managed to cross St Denys Road earlier than I usually do and noticed that another of the Houseboats north of Cobden Bridge has disappeared. At one time there was quite a community moored along there. Until recently it had rained almost very day since last September. With the ground now beginning to dry out and in the spirit of “self-isolating” I left a crowded section of footpath and came across some wreaths in one of the trees which looked like they might have been there since the autumn. A memorial, a blessing on the tree? I hope they don’t mean the tree is scheduled for removal?! 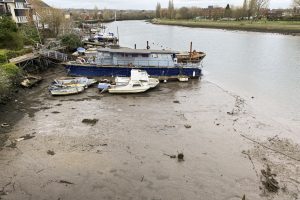 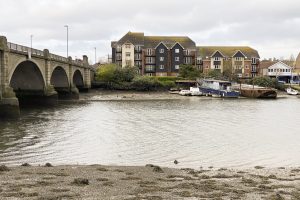 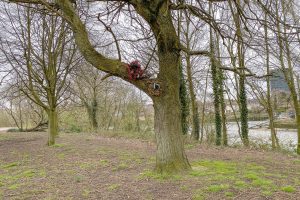 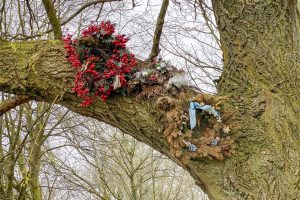