15th April: Boracol and Fender Board 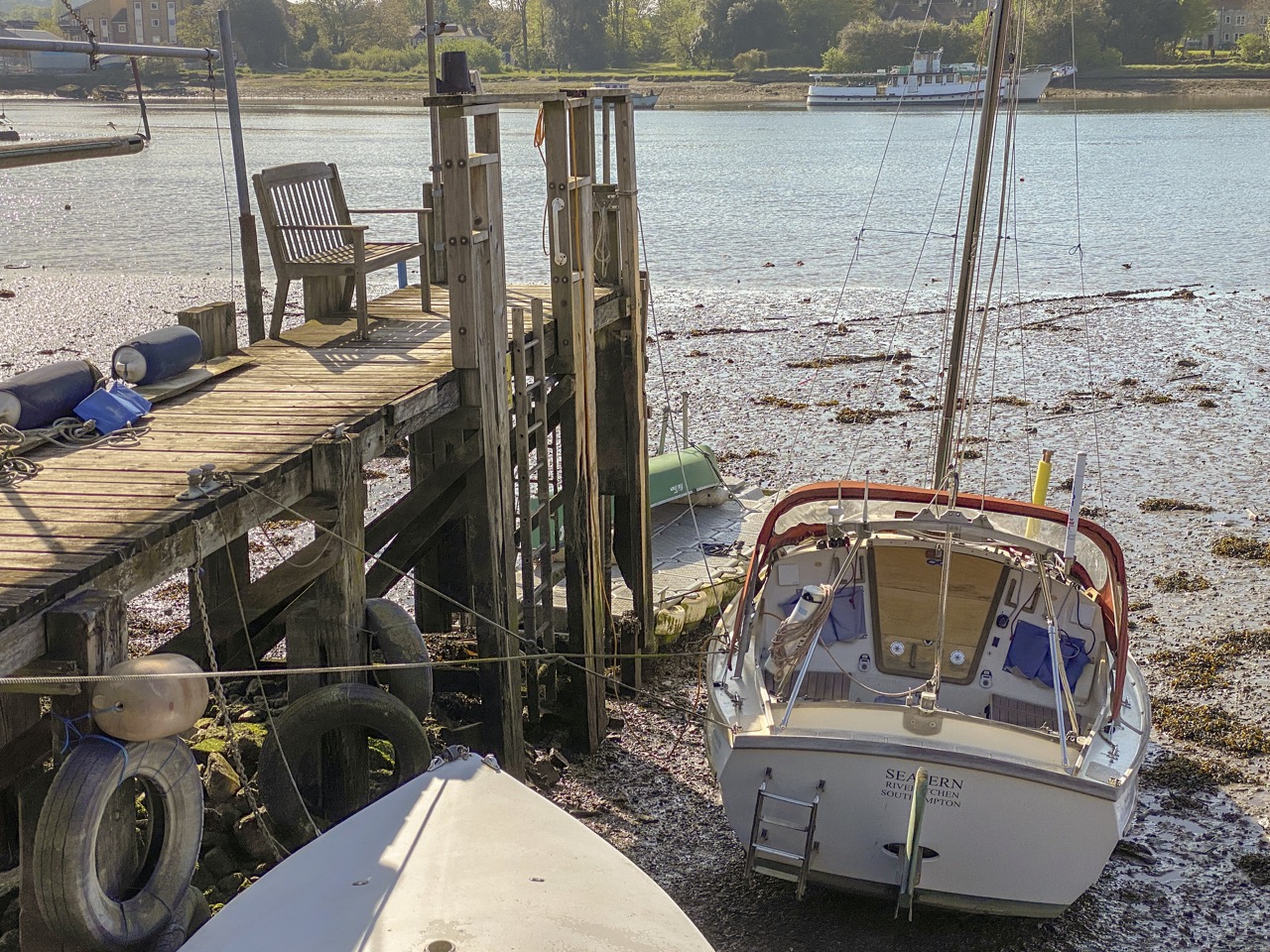 So I started work cleaning Seatern’s teak on the 9th April, a Thursday, by lifting and treating the cockpit grating and the starboard side toe rail and rubbing strake. I had a break over the Easter weekend; one day waiting for a delivery which did not come, and otherwise doing various tasks which seemed to take far longer than they ought! About all I did on Seatern was a bit of toilet moving on the Sunday to see where it would fit!

On Easter Monday I washed off the boracol I’d done on the Thursday, but it wasn’t until Tuesday the 14th that I got back to cleaning the rest of the cockpit area – the cockpit seats, boom gallows, cockpit combing, tiller, etc. That just left the port side toe rail and rubbing strake and both cabin top hand rails. While working on Seatern I looked from the jetty towards the public hard and was puzzled to see what looked like lots of stakes sticking out of the mud.

I walked along the beach to find that someone must have dumped a whole load of short lengths of plastic house guttering into the river. Curiously the bits of plastic had all ended up sticking out of the mud. Some people think that they can use the river as a rubbish tip and anything that they throw into it will disappear by magic. 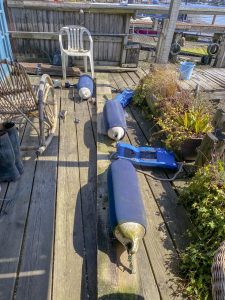 On the morning of Wednesday 15th April I made sure I was on Seatern at around 0830 to hold her away from the jetty while she settled onto the mud. That meant I could remove the fender board. Created out of an old builders plank which drifted in one day, after over six years of storms the bow end of the plank has worn very thin. Given the lock-down, I’d decided that the best solution was to reverse the board so that the thin part was at the stern end which is less in contact with the jetty. Removing the fender board also made more room to clean and boracol the teak on Seatern’s port side. 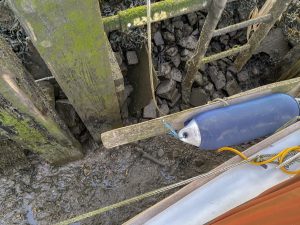 I had quite a struggle to undo the stopper knots I had put in the ropes which support the fender board at the jetty while Seatern is out sailing. I’d also forgotten just how heavy the fender board assembly is! No wonder Seatern floats with a slight list to port when she is moored.

The photo shows the now stern end of the reversed fender board. Look how the top edge, visible to the right, is worn to a feather edge at the left hand end of the board!