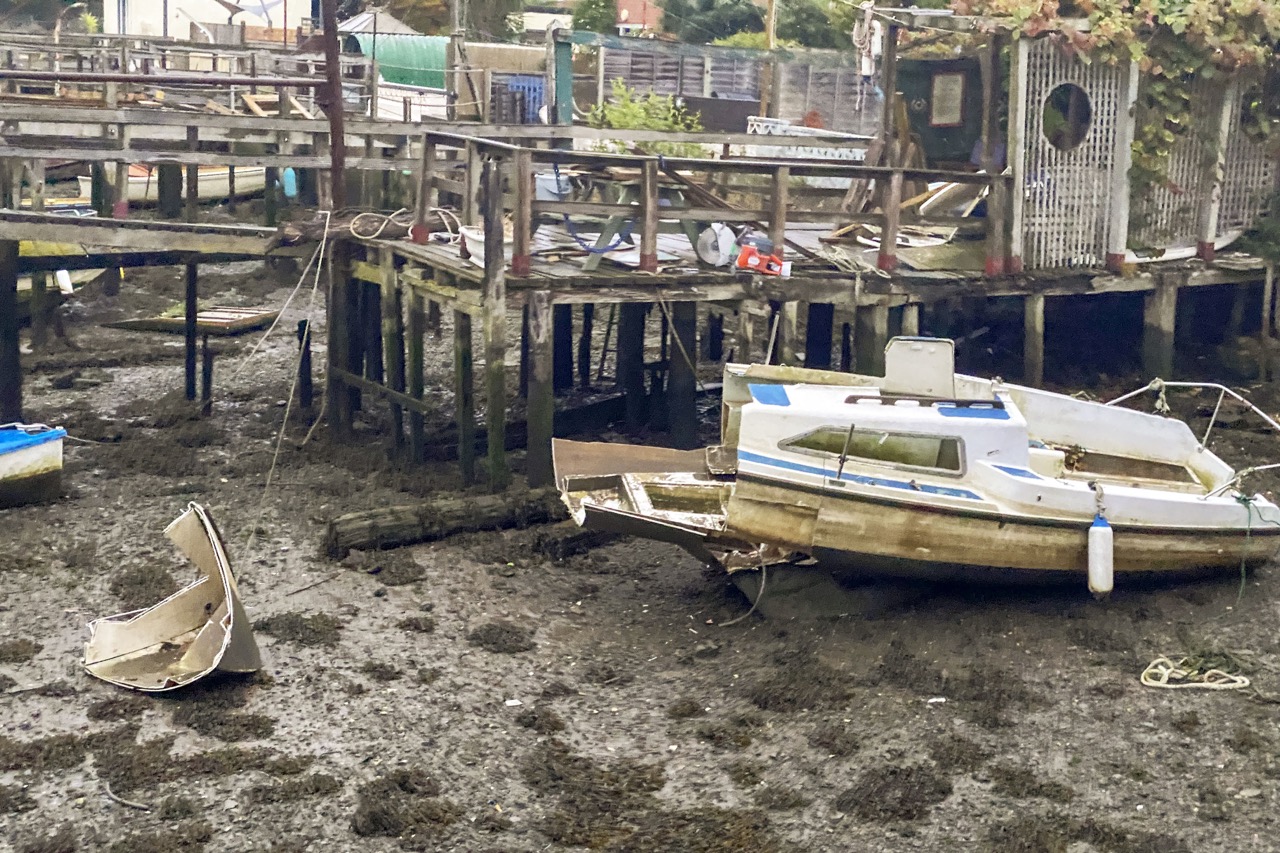 Sometime, probably in summer 2017, I saw the young Frenchman who was renting the house adjoining mine paddling the hull of a yacht back towards the beach outside his house.

He had bought it for next to nothing, perhaps even for nothing, from the guy who had towed him most of the way up the river. 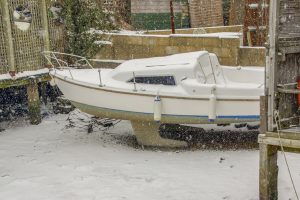 He said he would keep it on a mooring and use it for fishing trips, something for which it was hardly suited! Like various things he said he would do, neither of these intentions actually happened.

Initially he moored the hull alongside the river wall and spent some time cleaning it up, including all the woodwork and painting the underside. However then work halted. The March 2018 photo shows it  following a snow shower. 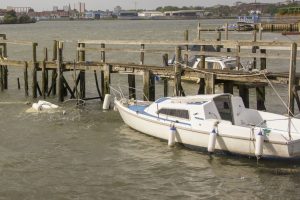 When he moved out of the house in August 2019 he persuaded the owner of the jetty downstream of mine to accommodate it “temporarily” since he was going to “move it to a marina”.

For some reason it was left with the companionway to the cabin wide open without the wave boards in place. I told the jetty owner that he would be left with the hull! 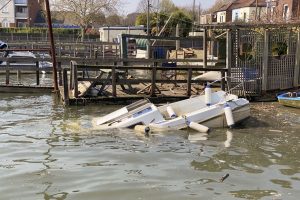 It soon started floating bow down, presumably due to rainwater in the bilges and by early 2020 one could hear water running from it when the tide went out. I assume that the weight of water inside had caused the hull to start leaking in the vicinity of the bilge keels. Possibly the hull was already damaged there; one wonders why it had been stripped of it’s mast and rigging in the first place?

By April 2020 it was regularly awash when the tide was in and by June the hull had cracked open. The owner of the jetty, helped by a friend,  took a power saw to it at the start of July. Now only the bilge keels remain.

The gallery below tells the sad story. Although cutting it up seemed the best, possibly only, way to dispose of it, the result would have been micro-fibres of glass entering the river. I’ve recently learnt that micro glass fibres are being blamed for lack of fertility amongst the oysters of Chichester Harbour. Being filter feeders the oysters ingest the fibres and are unable to expel them. This stresses the oysters to the extent that they remain male rather than becoming female as oysters are meant to do in later life. 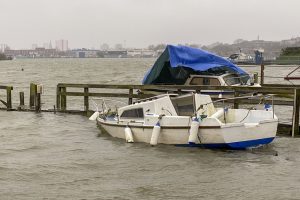 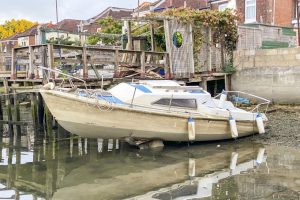 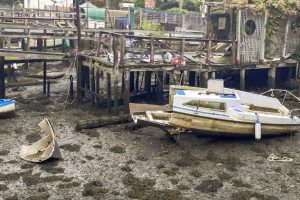 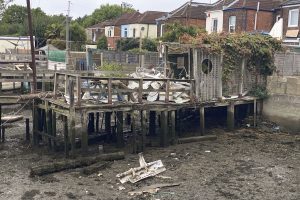