Looking at my “Diary Entries” and “About Seatern” it looks like I’ve lost interest in the world! Not true, so what have I been doing?

About Seatern: Since I decided not to sail this year there’s been little to add. Of course, Seatern is at the jetty and, although I have not been sleeping on her, most mornings I wake very early and go onto Seatern, make a mug of tea  and read my current book choice. If Seatern is afloat and if there is a bit of wind to give some movement and the sounds of lapping wavelets, so much the better.

About once a month a run the outboard for a little while. Otherwise all I’ve done in recent months has been to replace the fan in the Pan2000 Cabin Heater. The previous one had started to sometimes run slowly. I’ve replaced it with a “Noctua NF-A8 FLX 12V 2000rpm Premium” computer fan from Quietpc.com. I’m not sure that the replacement is a powerful as the original was when working properly, but it is powerful enough, and it is quieter. We’ve been having some cold weather at the end of 2020, start of 2021, but the Pan2000 heater quickly warms up the cabin in the early morning. 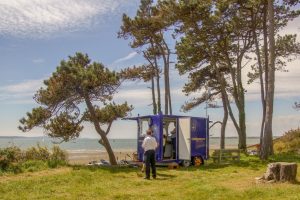 Diary Entries: Well I’ve been acting as a “Buddy” at the NCI Stone Point station. Given the small size of the station, in these covid-19 times I am not happy being inside with a second watchkeeper, so I stay outside using the UHF radio to keep us in touch. Usually I spend my time watching the Lepe spit area which is a favourite with the kite surfers if the tide is in.

I haven’t been keeping up with “Diary Entries” on this web site but instead I’ve been busy building a new section “Past Times” which looks back at some of the travels I did while I was working.

Past Times: A friend (Wendy) leant me the novel “Death Comes for the Archbishop” by Willa Catha which is set in, and evocative of, New Mexico. That made me think about the trips I had done there and I wondered once again about scanning the photo prints and slides to make them easier to view.

Some years ago I’d bought a “reflecta 7200” slide scanner but found that, unless each slide was painstakingly cleaned, the scanned results were not good. Mainly that was because “digital ICE technology” does not work with Kodachrome slides (which almost all my older photos were) due to the cyan layer in the Kodachrome absorbing the infrared light on which “digital ICE” relies. 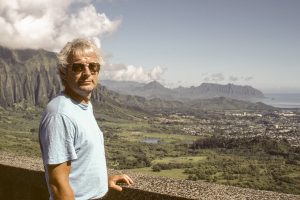 However my newer photos were on colour print film and I thought the scanner should work with that medium, except that I needed to update the drivers to work with the newer version of MacOs (10.13.6 High Sierra) on my main computer. That’s when I discovered the “VueScan” application and also discovered that it would do a good job of removing dust, even from Kodachrome slides.

So I started scanning old slides and print negatives and have been finding it really interesting to rediscover places I visited in the past. Now that we have the internet it is so much easier to find facts about places I’d gone to which I’ve forgotten over the intervening years, or never even knew!

I’m still adding to my collection of past travels which can be viewed on this web site under “Past Times” but which, like the holiday slide shows of old, are really only of interest to those who were there at the time… i.e. me!