Until recently, if I went for a walk I’d walk upstream (with regard to the River Itchen) to Riverside Park. However to get there I have to walk along Priory Road and then the busy St Denys Road over Cobden Bridge. It’s not far, but far enough to blunt some of the joys of Riverside Park. But since it finally dawned on me that Chessel Bay was a relatively short walk downstream. 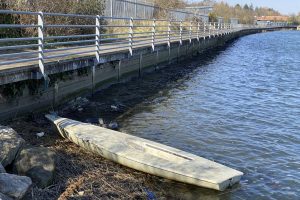 The board walk and the drifting laser.

The first part of the route to Chessel Bay is along the boardwalk. When I first moved to Priory Road the boardwalk did not exist and instead I would have to walk along the edge of the river, “St Denys beach” as we called it, on my way to the Oceanography Centre in the Docks.  Sometimes, coming home in the evening the tide would be in and that would necessitate scrambling along the railway embankment, in places hanging onto the chain link fence.

On the 7th March there was a laser dinghy hull drifting by the shore at the southern end of the boardwalk. I tied it up and mentioned it on Facebook. On a later walk I saw it moored on the downstream side of the Northam Bridge embankment. 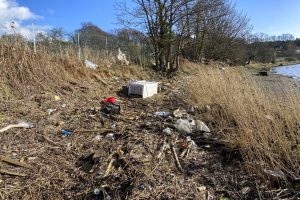 Being on a west facing, outer bend in the river, Chessel Bay attracts much drifting and wind blown rubbish. Near the end of February, on a day of some spectacular mamma clouds, I had gone there after storm Eunice and it was very bad with great swathes of rubbish along the shoreline. A twice yearly litter pick was scheduled for March 26th this year but I was on watch at Lepe that da 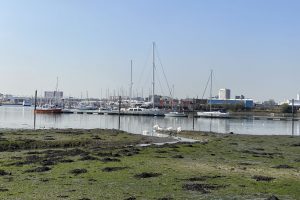 Going out on the shingle spit

With the tide low, during one walk on 24th March I ventured out on the shingle spit which runs out close to the small stream which bisects the bay.  Conscious that it is a SSSI I did make sure I would not be disturbing any feeding waders. However the only birds were the swans which are often there, preening their feathers using the fresh water of the stream, and they took no notice of me. 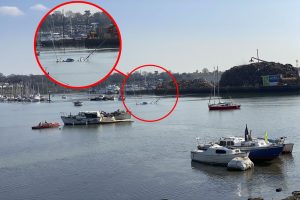 Also on the 24th March I noticed that one of the rafts of boats in which “river gypsies” live had come to grief. I just hope that no one drowned, I didn’t hear about any incident.

Below is a collection of photos taken on some of my Chessel Bay walks during the month. 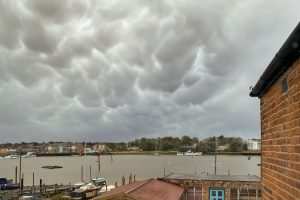 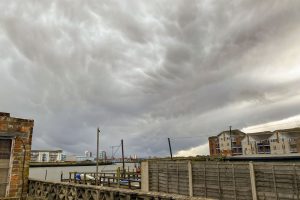 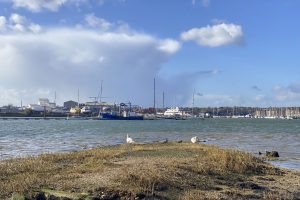 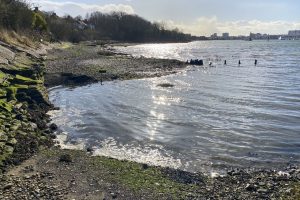 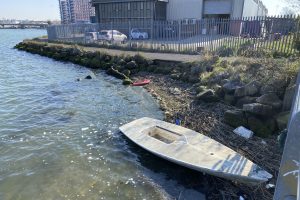 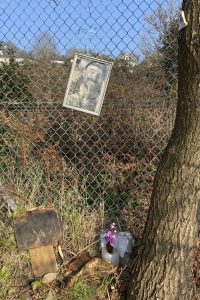 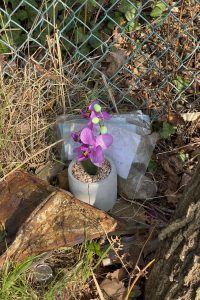 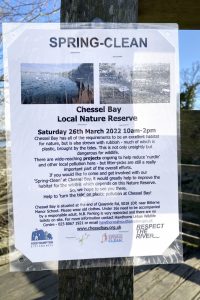 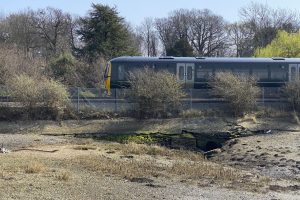 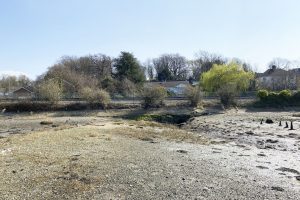 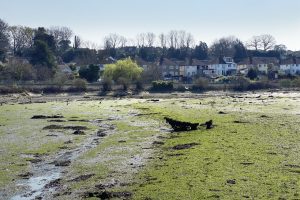 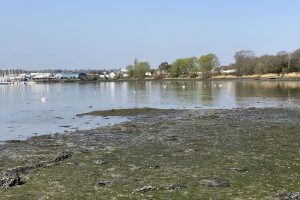 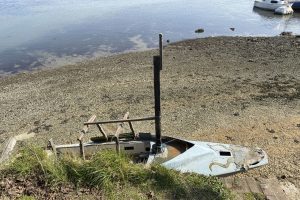