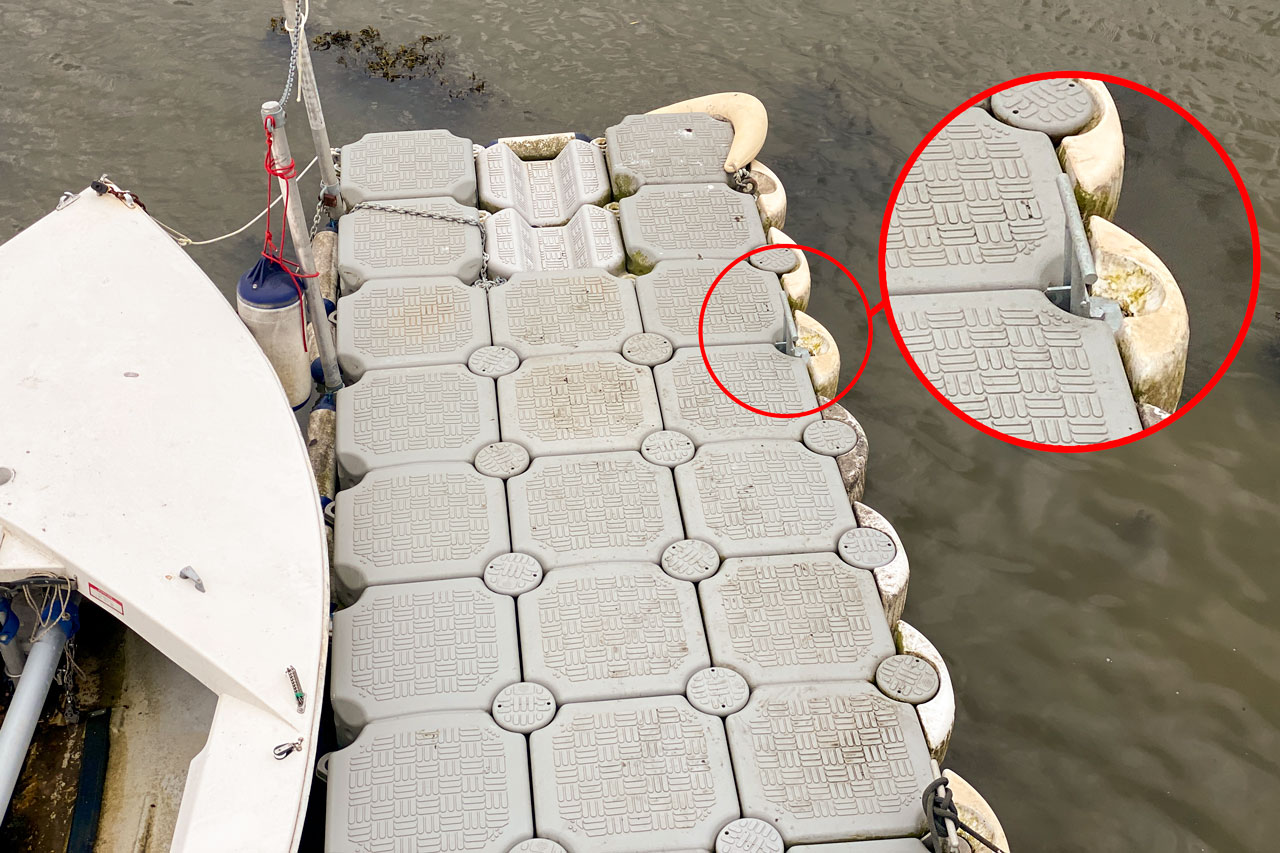 While I was on duty at the National Coastwatch stand at the Southampton Boat Show last September I took the opportunity to order a third mooring cleat for the pontoon at the end of my jetty. I think my order got lost since nothing happened for some time, but after reminding them it turned up with some “home made” looking wedges which they said would make it easier to install.

I’ve been lacking energy since having covid but decided installing the cleat was something I could do and took advantage of a neap tide (allowing the pontoon to be afloat in shallow water for longer) to get the job done. Working on the pontoon always seems like a potential Darwin Award activity because I am disconnecting the part of the pontoon that I am standing on, however all went OK.

The aim of fitting the cleat is to give me something to hook on to with the boat hook as Seatern reaches the pontoon but, hopefully, before she crashes into the jetty. The lack of something suitable to catch on to has meant that Seatern has sometimes been blown away as I’ve approached and had to cut the power and leave the steering to go forward.