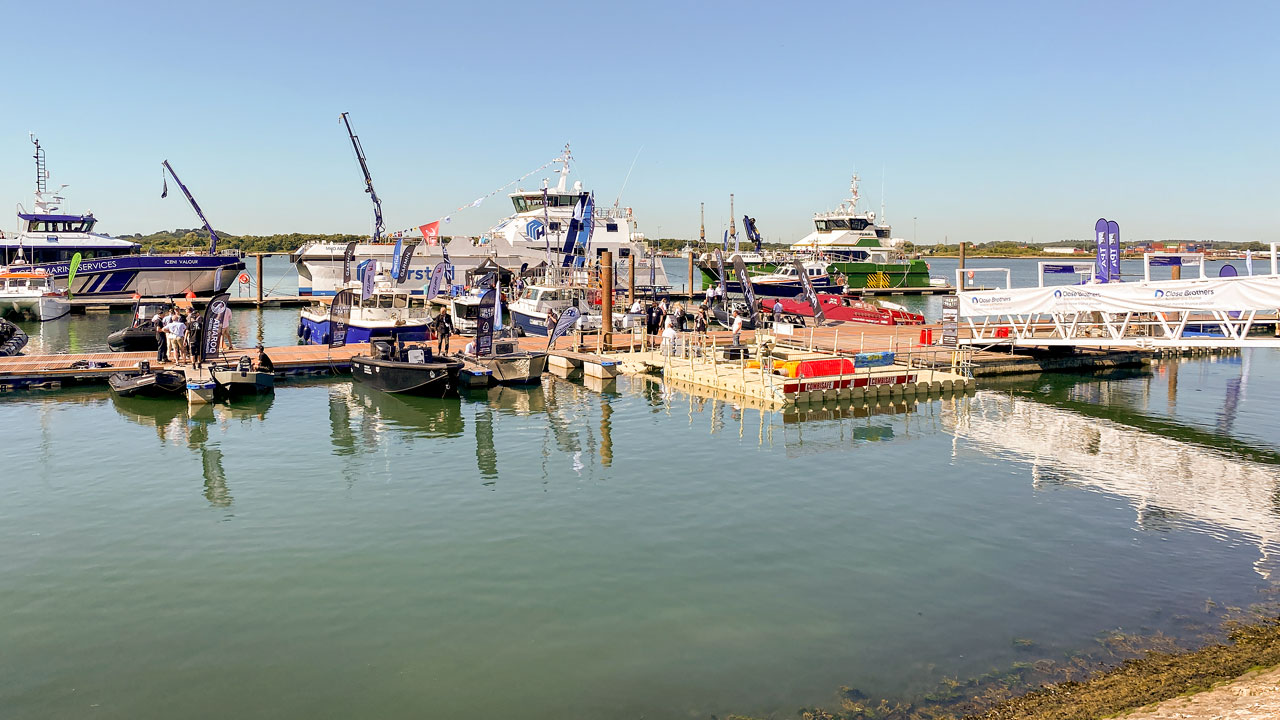 On Wednesday 22nd June 2022 I visited the Seawork exhibition. Held in Southampton’s Mayflower Park, Seawork is like a commercial version of the Southampton Boat Show. Although the marquee was crammed with exhibitors, there seemed many fewer boats in the marina section compared to the last Seawork I had attended which was pre-covid.

NCI had an official presence at the show with the NCI Exhibition Trailer. I was told that the aim was to improve knowledge of what NCI contributes to marine safety in the hope of obtaining further support from the Marine Industries

Vessels I viewed included one of the new Pilot Boats being used by ABP. The wave piercing bow reduces fuel consumption and improves handling so that it is possible for pilots to board large ships while travelling at around 20 kt! The controls are all computerised allowing a much simplified cockpit layout. I expect colleagues at NCI Gosport are already familiar with these new pilot launches as they pass the NCI station.

Not an official exhibit, but an Army contingent had come over from Marchwood in a work boat to have a look around the show. A similar work boat was involved in a recent incident involving NCI Calshot Tower and Hamble Lifeboat. A catamaran capsized and could not be righted and the helmsman had to be rescued. I talked to one of the army personnel who had been involved. Apparently the work boats are on loan from the Navy, hence the grey colour.