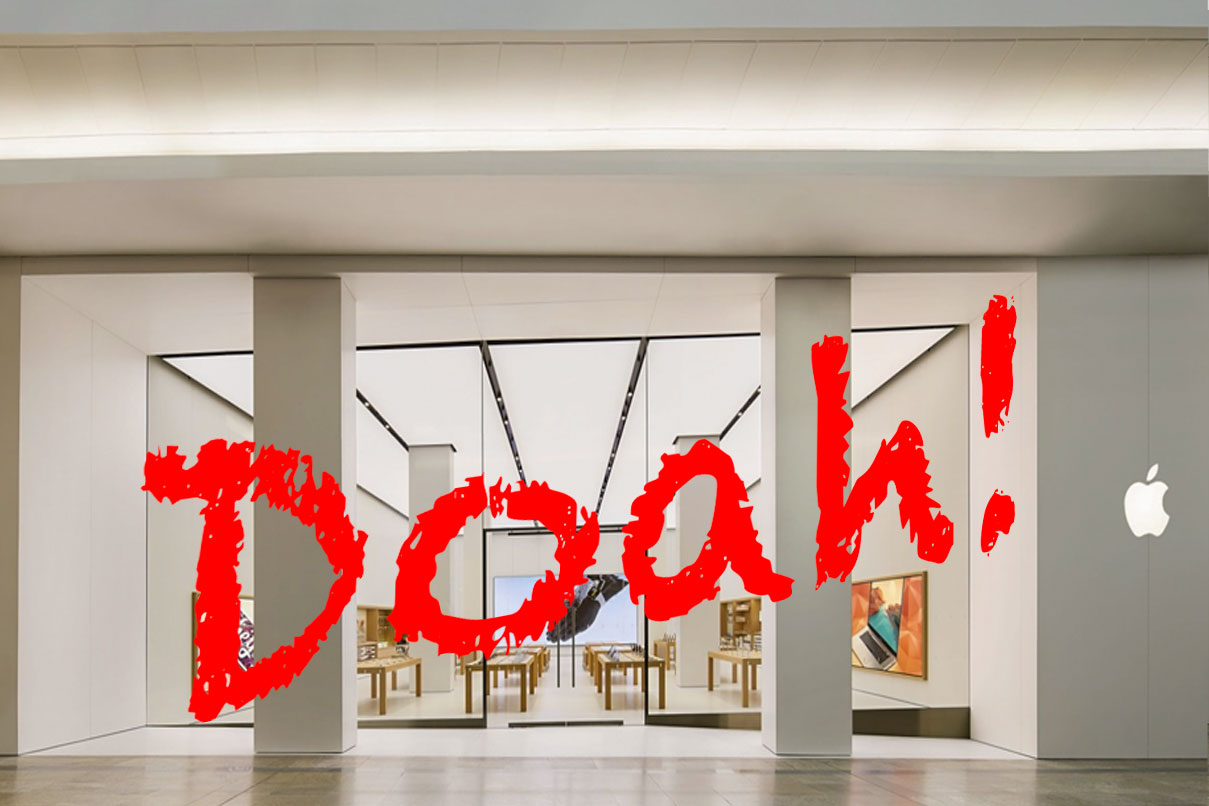 I have a Series 4 Apple Watch bought, according to Apple, on 14th May 2019. Apple watches are not cheap, at present the cheapest new model is about £250 and an Apple refurbished series 4 model (if available) costs £230. I was therefore disappointed this year when the battery started to fail. Even with most of the apps, including the fitness app, switched off the watch would only last about 8 hours before needing recharging.

My previous watch was a Casio Sea-Pathfinder which I bought I don’t know how many years ago for under £20, and which is still operating happily on its original battery. Admittedly the Apple watch has GPS, allows me to answer my iphone, tells me the exact tide times, and does lots more most of which I don’t use. But it looks nice!

I looked at battery replacement instructions on Youtube but it looked like the sort of thing which needed lots of practice. You have to heat the watch face to melt the adhesive to remove it, and then you need to glue it all back together. A new battery on Amazon costs £37, while Apple were quoting £75 for battery replacement… that seemed a more sensible deal. 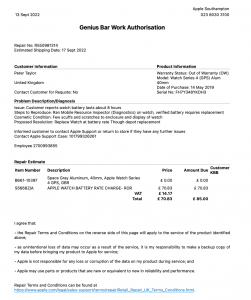 Admittedly I could have got Apple to send me a box and got it serviced by them by post but it seemed easier to take it into the Apple Store in Southampton and get it done there. I should have known better.

For any other store you would just walk in the door, go to a counter, and arrange the repair; not so with Apple.  Knowing the system, on the 12th September I booked an appointment with the “Genius Bar” for the following day.  During the appointment the watch was tested and I was told what I already knew, it needed a new battery. There had been a price rise but, for £85, I could have the watch sent away and replaced by a refurbished watch with a new battery which would be posted to my house.

I agreed and a “work authorisation” was made out, but when I got out my iphone to pay I was told that if I wanted the watch posted back to me I needed to pay using a physical card…

…the Apple Shop did not take Apple Pay! 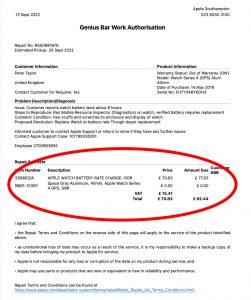 Since I did not have a card, that meant I would have to collect the watch from the store, paying on collection,  and it was necessary to make out a new “work authorisation”. This I did not see until I got home and checked my email when I found that the total price was now £92.44! Mysteriously, although the pre-VAT “Price” was still £70.83, the “Amount Due” was £77.03!

That was all on the 13th September. Returning from the Boat Show on the 16th September I found a message saying that the watch was ready for collection. On the 17th I went into Apple Southampton, discovered that there is a separate procedure for collecting repairs, and was met by an assistant who said she would have to speak to a supervisor to get the price corrected.  I watched from a distance whilst there was a long conversation but when she returned I was asked to pay £70.83, the pre-VAT price! I didn’t argue.. the whole experience had been such a shambles.

By the way, the watch looks brand new and the battery seems to last longer than the battery did when the watch was first bought. So something was achieved in the end!