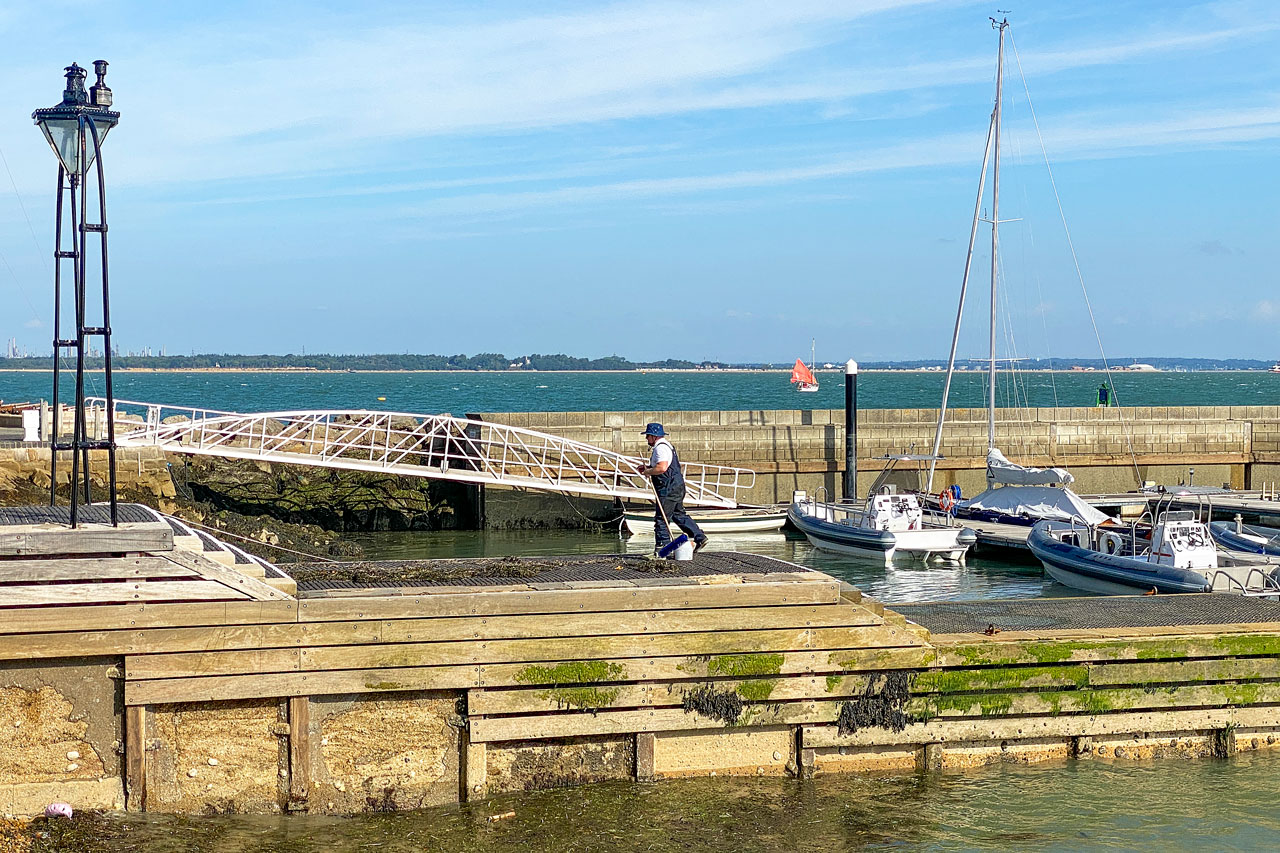 As a child I’d been on holiday on the Isle of Wight at least once and can remember going to the Cowes fireworks. In those days the rockets didn’t go “bang”, they were just pretty and everyone went “oooooo-aah” as they shot up and then sprinked the sky with glowing sparks. However the first time I went to Cowes to go sailing was in 1965.

That year I had represented North Wales in the National Schools Sailing Association regatta on Cannock Chase. It rained and blew a gale each day, we were housed in scout style tents and a small stream ran through the one I was sharing! I was sailing the school GP-14 and the rudder fittings came loose. In one race we capsized right on the starting gun, right across the start line! Being used to sailing on the sea we just bailed out and carried on, other competitors retired when they capsized.

Perhaps as a result of those efforts I was awarded an Owen Aisher Invitation Week prize. This consisted of a group of the schools regatta contestants staying in Cowes at the Royal Corinthian Yacht Club for a week and racing Firefly dinghies (owned I think by Cowes Corinthian Sailing Club) from the Island Sailing Club. Being in Cowes for a day this year brought back memories of that event.

Each day, while we were having breakfast in the RCYC clubhouse (now owned by the Royal Ocean Racing Club) we would watch a boatman scrubbing down the steps of the Royal Yacht Squadron jetty. I was therefore very amused to reach the RYS and see the jetty steps still being scrubbed down so many years later!