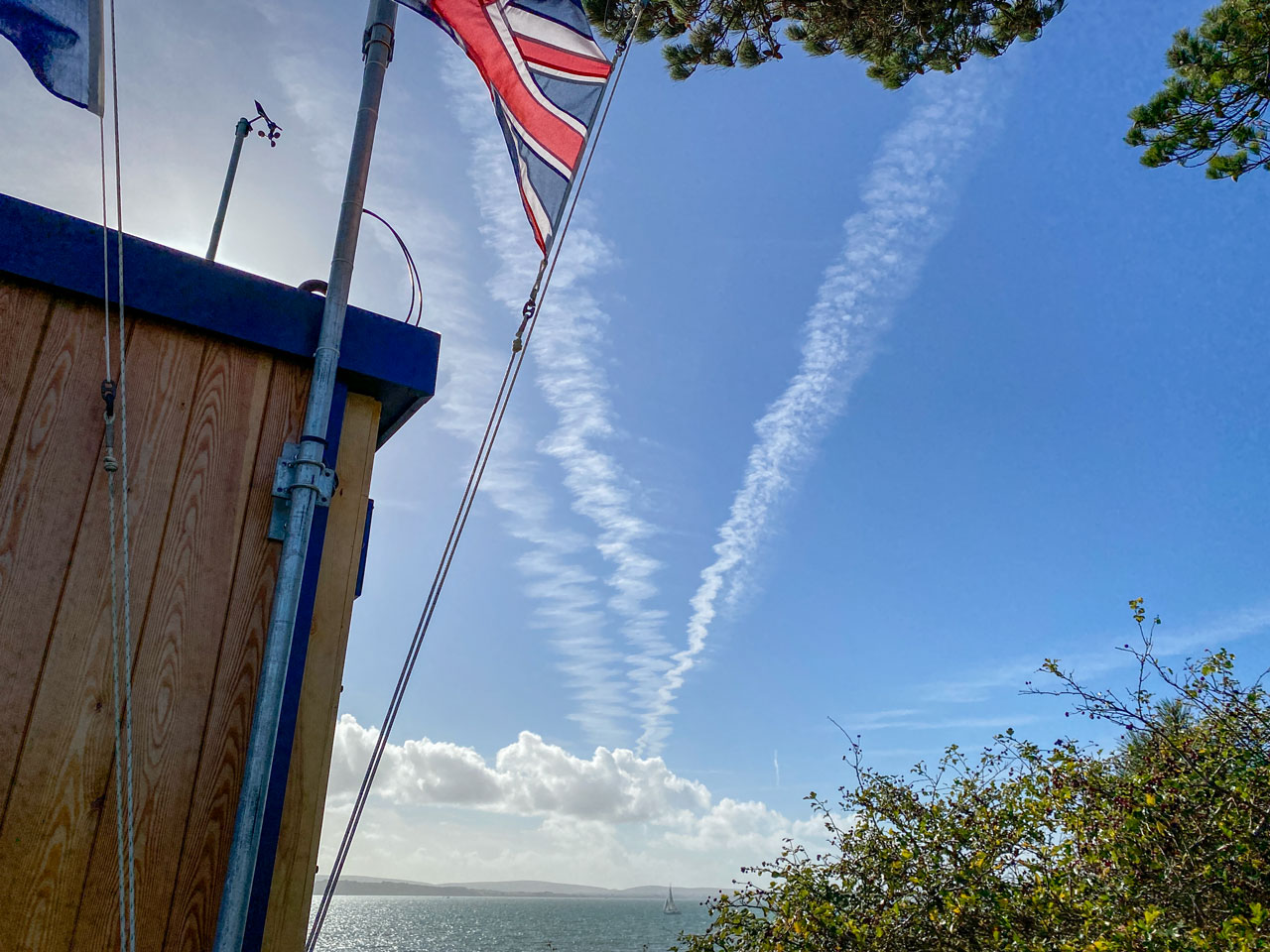 Some interesting clouds seen at NCI Stone Point in Lepe Country Park.  On the 17th October there were these contrails with a marked zig-zag pattern which I could not explain.   The zig-zag pattern seemed to be limited to a particular area of sky (photo IMG_4227 shows the lower trail looking back northwards) but affected trails at different heights.

I sent examples to the Royal Met Soc. photo editor and one suggested explanation was that we are actually looking at a spiral.  That seems possible since there are brighter patches in some of the “peaks” and “troughs” which might indicate the part of the spiral aligned with the line of sight.  However it is not clear enough to be definitive.

I’ve also included a couple of photos showing “distrails”. These were taken earlier in the month on the 10th October.