28th May: Replace the Bow Roller 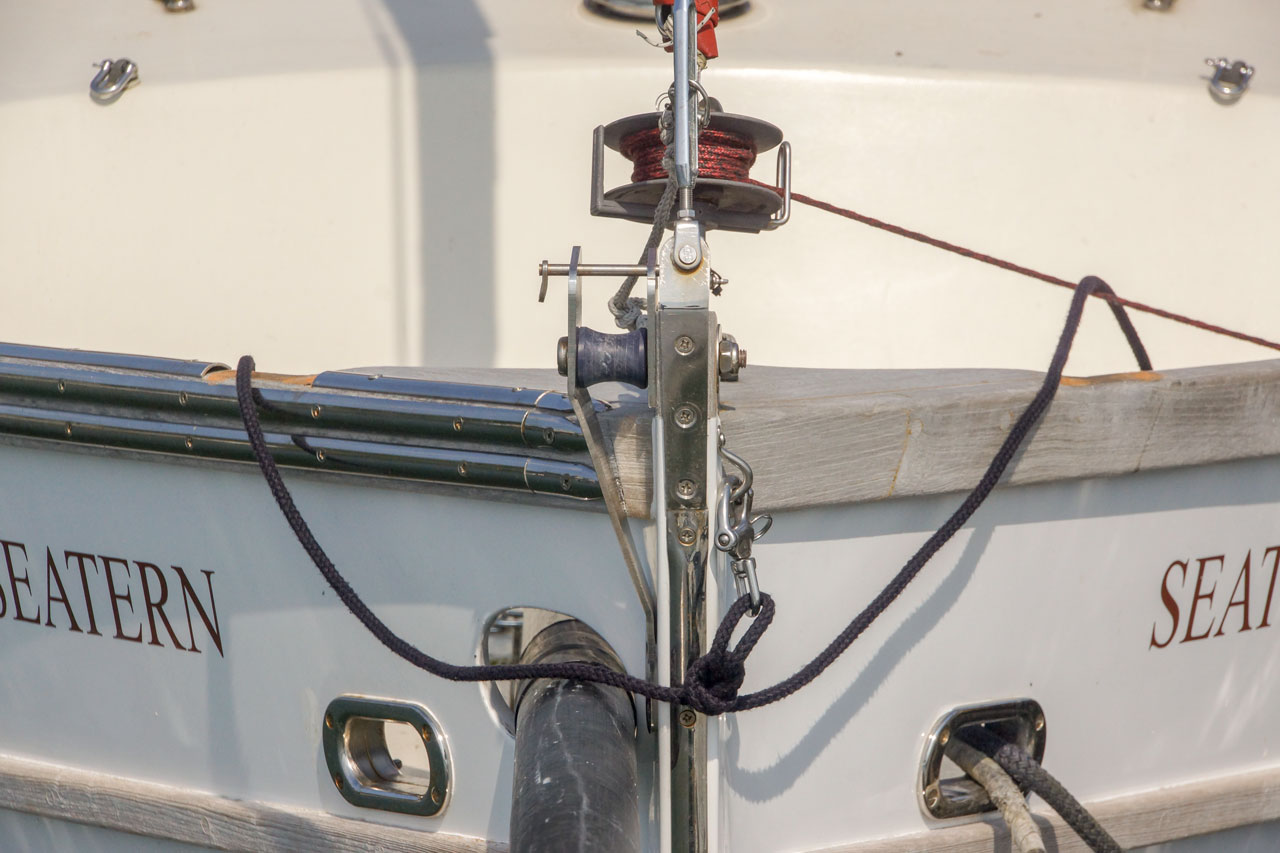 The only significant problem with the top-down furling spinnaker was the tendency for the spinnaker sheets to catch on the bow fairleads. I’ve searched the web for some sort of gated fairlead with no success so I decided to remove the fairleads altogether and replace the bow roller to act in their place. I’d removed the bow roller after the bow got damaged by hitting the jetty a couple of years back.

Seatern has the through-bulwark fairleads for mooring ropes so the bow roller is only needed for deploying the anchor – which was it’s purpose in the first place! I did the work early (0700 – 0930) before the tide came in and before the heat built up – we are having some hot weather. Now all that’s left is to fill in the space on the starboard bow where the fairlead was with some stainless protective strip. While I was doing it one of the Harbour Master’s launches came up river and I saw the first family of signets. The swans don’t seem to have been very successful this year.

I’ve also fixed the base of the mizzen mast using CT-1 to (hopefully) stop the triangular metal rotating and making the mizzen mast hard to remove. Time will tell if this will work. 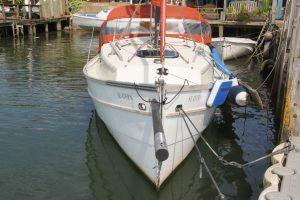 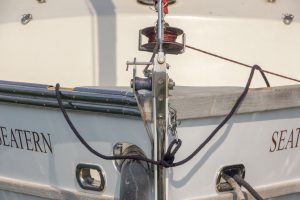 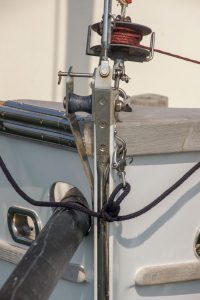 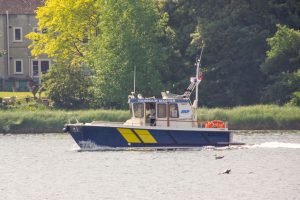 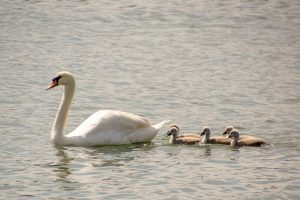