Gwynver Beach from the pigsty terrace 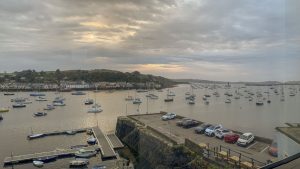 View from my room in the Greenbank Hotel early Tuesday morning

This year I decided to drive to Falmouth on the Monday, to have a day of sight-seeing today, Tuesday, before the Swallow Yachts Raid which this year was Wednesday to Friday. As it turned out, booking 5 nights meant I got a discount at the hotel so it actually didn’t cost that much more – I wish I’d known that in previous years!

I’m in my usual room at the Greenbank Hotel which this year has been redecorated and equipped for use as a (very small) double. However the view out of the window remains just as good!

I thought I’d first better show my face at Mylor Harbour and, arriving before 9am, there were so many Swallow Yachts moored up that I thought I’d got the date wrong! Anyway I briefly saw Rob, Matt and Lara when the cafe opened and then headed off to Chysauster Ancient Village which I’d seen on a poster at Pendennis Castle.

Getting to Chysauster meant driving down some typical, narrow Cornish lanes and every vehicle I met seemed to be a landrover or tractor towing an agricultural trailer so I had to do quite a bit of reversing! However it was worth the effort. Even the approach path was interesting with a fern and lichen covered wall to one side and some young Rowan trees (Mountain Ash) to the other. From the village there were distant glimpses of the sea beyond the Cornish countryside. 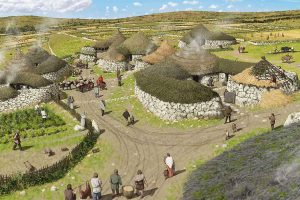 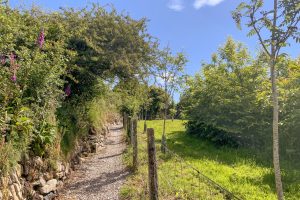 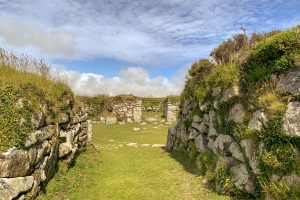 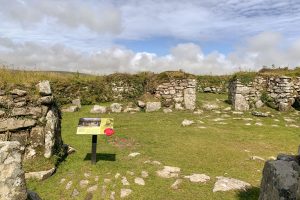 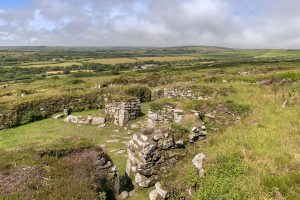 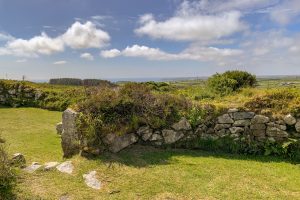 My next aim was to visit a spot which Apple Maps now calls “Peace and Plenty, Escalls Cliff”. There is a car park and a grassy terrace which back in around 1973 was a row of pigsties. I had a surfing holiday, sleeping in my Dyane in the car park and socialising with the surfers who lived in one pigsty which had a large picture window with a view down to Gwynver Beach and out to the Longships Lighthouse. They got mail delivered to “The Pigsties, Top of Escalls cliff”!

The pigsties are long gone, as is the camp site which occupied the terraces to the north and allowed us to use the toilets and shower facilities; but the view remains! I drove down to Sennen Cove and parked in the Harbour car park. It remains cheaper than the Beach car park – where I once skinned my wrists by falling off my skate board! After a Cornish pastie, next stop was Newlyn. 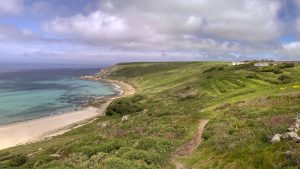 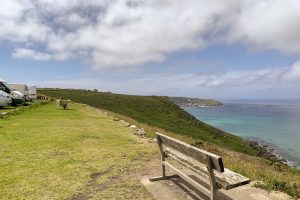 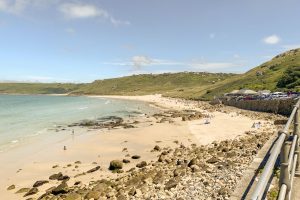 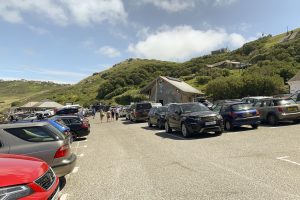